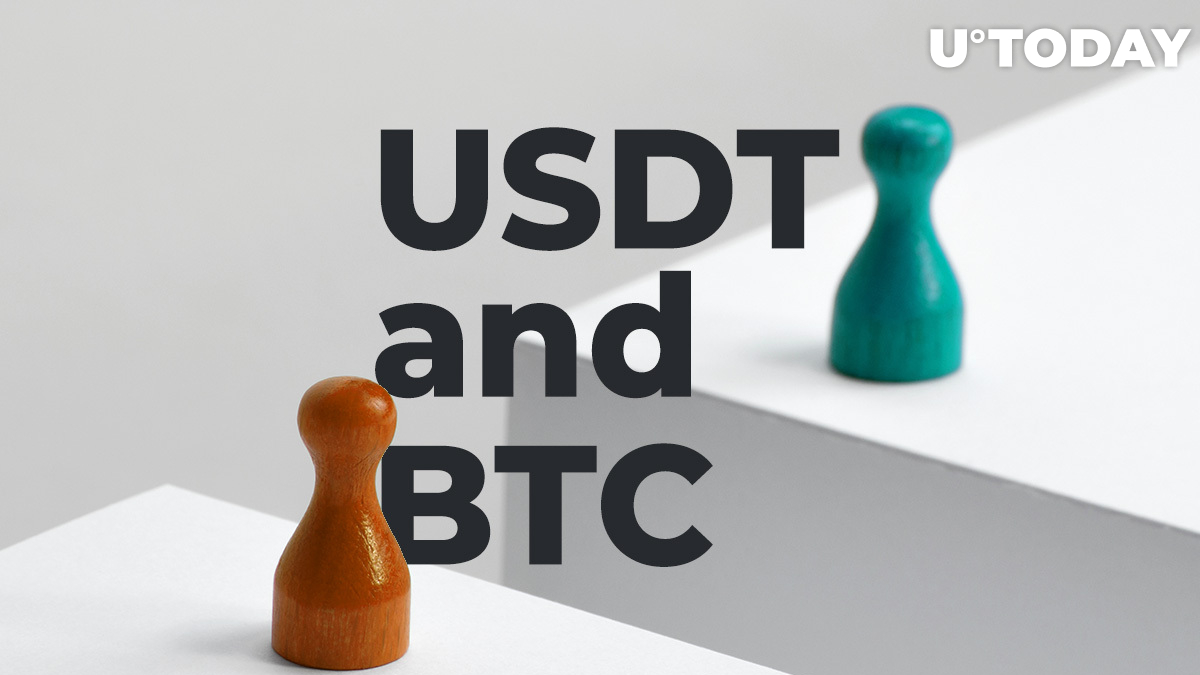 The United States Dollar Tether (USDT) is one of the most popular stablecoins. It is utilized as an equivalence for the U.S. Dollar (USD) when it comes to trading in cryptocurrencies. Due to its constant demand, the stablecoin is issued periodically by Tether Limited.

Bitcoin (BTC) Down, Tether (USDT) Up

Bitcoin Jack demonstrated two charts - one with the price of Bitcoin (BTC), and the other show Tether's market dominance. It is obvious that Bitcoin's periods of impressive growth correlate with USDT's declines in the market.

Is it not obvious? $BTC pic.twitter.com/0OBSskm7Ev

Yet, when the price of Bitcoin (BTC) tanks, USDT's dominance goes through the roof.

The trader also demonstrated two periods when this correlation was 'obvious'. These two examples are Q1 2019 (Bitcoin was up, Tether's dominance down), and the ongoing bearish Bitcoin (BTC) market for when the situation is the opposite for Tether (USDT).

This correlation allowed Bitcoin Jack to dismiss the idea that USDT is in demand by traders who are willing to sell their Bitcoins (BTC). Instead, USDT is acting like 'new money' for the crypto market.

According to this model, some amount of USDT falls into 'deviation'. Bitcoin Jack calls these Tethers 'sidelined money'.

The U.S. Dollar Tether (USDT) is a stablecoin issued on numerous platforms. At first, it was only issued on the Omni Layer (a Bitcoin-based platform), but Ethereum (ERC-20 Tether) and Tron (TRC-20 Tether) joined the league.

Recently, Justin Sun, Founder of the Tron Foundation, demonstrated that a Tron-based version of Tether increases its supply rapidly:

Furthermore, Tethers are issued on the  Eos (EOS) and Algorand (ALGO) blockchains, as well as the Liquid Bitcoin sidechain.