David Dinkins
The much awaited Lightning Network is finally here, in beta form. The newly released version of the software is intended for technical users and developers at present 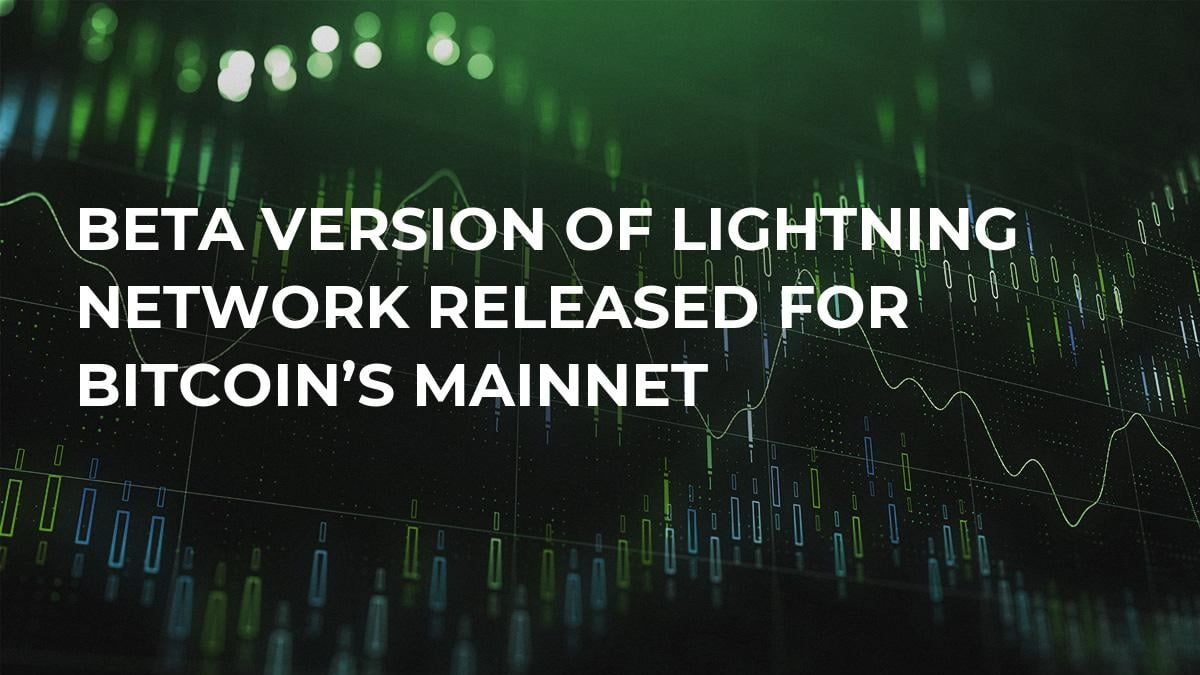 Lightning Labs has just released the first version of Lightning Network that can be used on Bitcoin’s mainnet, allowing users to send transactions quickly and with low fees. However, the developers of Lightning Network warn that the software is still in its beta stages, and users should not use it to send large amounts of money. As with any beta software, bugs are to be expected.

The software, called lnd, is in its fourth iteration. The previous three versions only worked on testnet, meaning it could not be used to move real Bitcoins across the Bitcoin network. Today’s software release isn’t really intended for ordinary users; it’s intended to be used by developers and highly technical users. As such, it’s much more complicated and less user-friendly than the final version will be.

With these caveats aside, today’s release is big news for Lightning Network. According to the Lightning Labs blog, though caution is advised, the software is ready for use:

“This release [has the] necessary safety, security, and fault-tolerance features required for real-world, real money usage.”

A few months ago, Bitcoin could only handle a theoretical maximum of seven transactions per second, and under real-world usage, rarely sustained rates above three transactions per second. Bitcoin’s developers and users knew that if the currency was ever to become viable for mass adoptions, the software needed to scale. After much debate, a two-step solution was agreed upon.

First, Bitcoin upgraded to Segregated Witness (SegWit) last fall. SegWit squeezes more transactions into each block, increasing the network’s capacity by roughly 200 percent. More important than that, SegWit also fixes a bug in the Bitcoin code called “transactions malleability.” This bug had very little effect on the Bitcoin network of old, but for Lightning Network it would be a show stopper. The rollout of SegWit on Bitcoin’s network solved that problem, paving the way for Lightning Network.

Lightning Network works by creating payment channels between users, thus taking transactions off-chain. The final state of each payment network is recorded on the Bitcoin Blockchain only after a payment channel is closed. For more information, see our WikiCoin entry.

Lightning Labs is planning new features for future releases of the lnd software. According to their blog, future versions of the software will use “watchtowers” to watch over payment channels and look for invalid transactions. It will also feature “atomic multipath payments” which will allow the network to break up each payment into smaller bits and route them around the Lightning Network in the most efficient possible way. It will also have more advanced routing and peer-finding capabilities, called “Autopilot” and “Mission Control” and will enable atomic swaps between compatible networks, such as Bitcoin and Litecoin. Atomic swaps allow coins from one network to be moved to the other without requiring the use of centralized exchanges.