Alex Dovbnya
✅?Tron is one of the few coins managing to stay in the green on a red day after a flash spike pushed its price up 10 percent 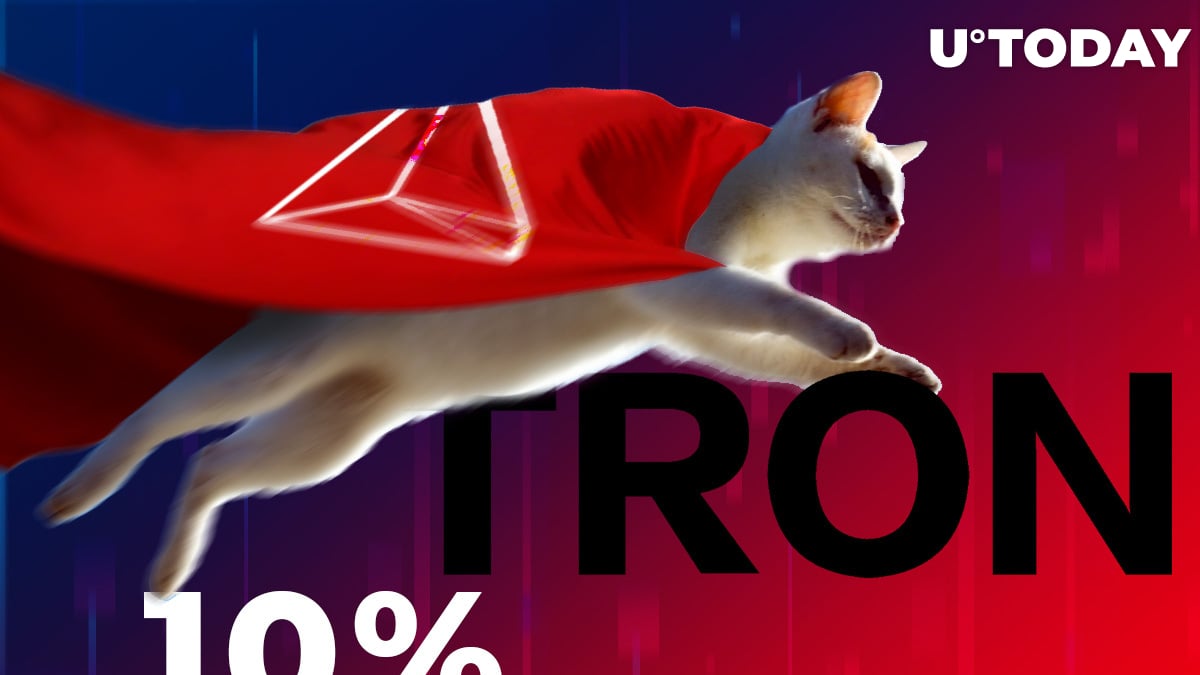 The Tron price has shown a lot of excitement in the wake of the news that the company will be launching a Tron-powered USDT token today, April 9. At the announcement there was a flash spike in the price of Tron, nearly 10 percent, and on launch day, the token has stayed green.

In general, the cryptocurrency market is flashing red across the board in what is nothing more than a small correction, but the price of Tron is up five percent, which indicates a lot of excitement surrounding the launch of this new token.

Justin Sun, the man at the helm of Tron, said that this will allow USDT transactions to become easier and cheaper and will also be beneficial to Tron. This has been taken up well by the community, which is helping the price stay above the rest of the red market.

On Sunday, Tron managed to hit a big spike as the news of the USDT token was announced, helping reverse a long bearish trend for the cryptocurrency; this trend had seen it fall out of the top 10 and keep very much under the radar.

However, on Sunday, the coin spiked by 7.20% within an hour and noted an 8.13% growth over the day, heading towards 10 percent. This cumulated a good week as the TRX token observed a 25.53% rise in its price over seven days. However, it has yet to make it back into the top 10 cryptocurrencies list, just over 100 million dollars shy of Tether.

Launch of the pair

Today marks the launch of the pair, and it is showing in the market as Tron continues to push against the small market downturn. Tron has launched a few good partnerships and news over the past few months, but has failed to break out of its slump.

However, this latest market turnaround that looks to be changing the sentiment has helped a coin like Tron grow positively before the launch of this news, and even on the day of the launch.

This is generally a positive move for Tron, which is an ambitious project, and it has been backed up by market reaction.

Among other innovations Justin Sun has recently promised is the upcoming release of the Sun Network. As per the Tron founder, this will be another step towards achieving 100-percent scalability for Tron.