Jack Thomas
Ripple is continuing to make big strides in partnering with traditional institutions, this time looking to crypto-hostile China 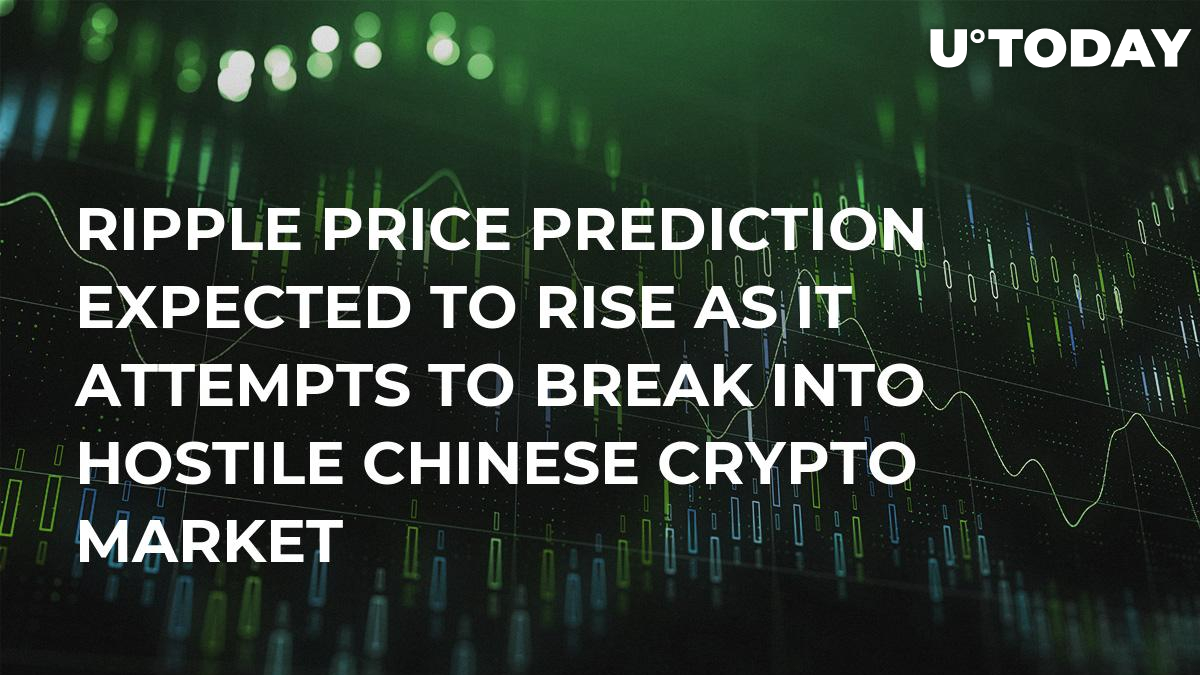 Much of Ripple’s success in recent times has been based around its ability to form strong partnerships with banks and other traditional institutions that have been separate from the cryptocurrency and blockchain space.

This real-world application and show of potential within the banking sector has helped rise the price prediction of the XRP token, and now, as they look further abroad, there is more opportunity to see movement from the cryptocurrency.

Ripple has announced that they are partnering with a university in China, a country that has been vehemently against cryptocurrencies in the past, in order to help build a blockchain research program.

The Institute for Fintech Research (THUIFR) at Tsinghua University in Beijing announced last week that the scholarship program would focus on global regulatory policies and blockchain development. Selected students will also get to participate in corporate visits and events.

A different type of partnership

While Ripple has been known to target banks and financial institutions, predominantly in the west, as well as more recently in the Middle East and North Africa, this is a different type of partnership for them.

This would fall more into the category of charitable work, but what is important to remember is that this partnership within China gives Ripple access to a country that is strongly against cryptocurrencies, having banned ICOs and access to exchanges in the past.

“The program’s goal – to provide students with opportunities in blockchain research – closely aligns with that of Ripple’s University Blockchain Research Initiative; we’re thrilled to support THUIFR in this endeavor and look forward to its launch.”

China is, however, still positive when it comes to blockchain and the power it provides to decentralized digital currencies. It is thus understandable that a university, within the highly controlled People’s Republic, would be amenable to this partnership.

It is also not totally out of the blue for Ripple to make parthernsips that are not directly based on business growth, rather expanding their reach to be more inclusive than their work relating to the XRP token.

That being said, with Ripple being in a unique position where it is in control of the XRP token, these kinds of positive partnerships that are aimed at growing the blockchain ecosystem will no doubt have a positive effect on the XRP token.

Ripple has faced criticism in the past from cryptocurrency maximalists, but as the general mood surrounding cryptocurrencies and blockchain changes, and becomes more holistic, it is these partnerships that should be applauded for their ability to advance the entire ecosystem.