Darryn Pollock
With Bitcoin falling below $7,000 and taking most other markets with it, there is speculation that regulatory fears are driving the downturn 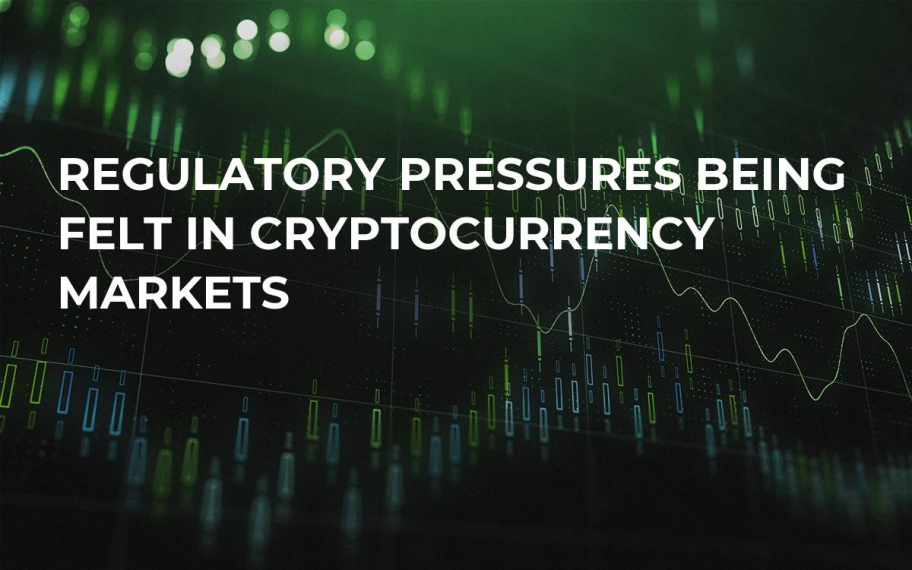 Bitcoin, and with that most of the other cryptocurrencies in the market, are facing a rather big slump in the price of the biggest coin by market cap dipping under $7,000. There is a feeling that the regulatory pressures and governmental involvement are driving the fears in this speculative market.

Japan is beefing up its security and putting pressure on exchanges, and while the likes of the SEC and the G20 have been positive about cryptocurrency, they are also getting more involved in shaping it to fit the modern society.

Additionally, Twitter, Facebook and even Google, have also made their moves when it comes to controlling the crypto market, instituting bans on advertising for cryptocurrencies.

Bitcoin prices dropped to a 50-day low of $6,630 before the weekend, but despite this low, many believe that this could be the bottom. However, there has definitely been a change in the air from December last year when Bitcoin was close on $20,000.

There has been a much bigger push from regulators who have finally caught up with the fast-moving technology; the exponential growth and interest surely playing its part.

Usually, what happens, is that when Bitcoin is under pressure, most other coins follow suit and move in the same general direction. Especially when it comes to regulatory fears, it is likely that other, less established coins, will also be feeling the squeeze.

Where is the pressure coming from?

Japan, the first country to label Bitcoin a legal currency, with its progressive and forward-thinking attitude towards cryptocurrencies has been forced to step in after a major hack at the exchange Coincheck.

Earlier in March, the Bank of International Settlements issued a warning to global central banks that were thinking of launching a central bank digital currency to carefully consider it before making a move.

The Bank of England Governor Mark Carney said cryptocurrencies were “failing” and called for a crackdown of the market around the globe while the SEC in the US has issued subpoenas as part of an inquiry into initial coin offerings.

“I think our Main Street investors look at these virtual currency platforms and assume they are regulated in the same way that a stock is regulated and, as I said, it’s far from that and I think we should address that,” SEC chairman Jay Clayton told lawmakers.

Regulations are not necessarily bad

There have been a few countries that have come out with regulations which are just straight bans, but most of them are trying to incorporate this new technology into the rules of the country.

Regulations need to come into the space, and even if they cause the price to dip, the long terms effect will be much more worthwhile.