Past ICO Review: How Cobinhood’s Arrows Have Missed the Mark

Eric Eissler
Cobinhood’s tokens grew at amazing rate, but identity crisis and lost of banking access made it miss the target 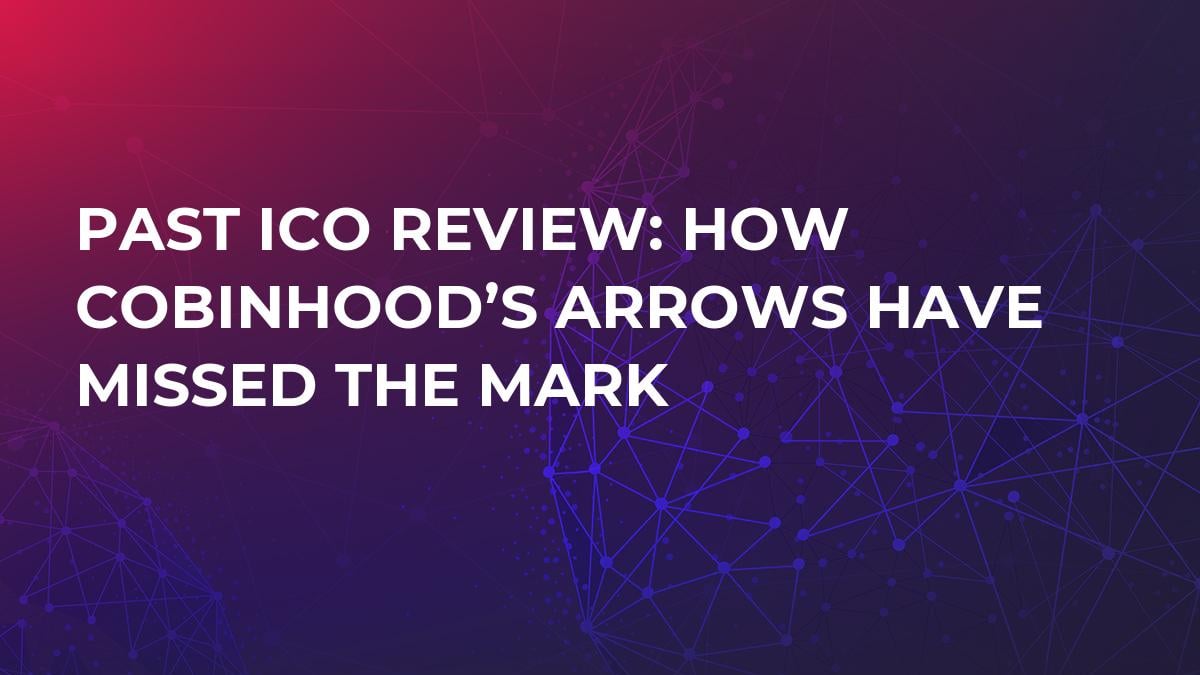 It has been a rough ride for cryptocurrency exchange provider Cobinhood. Not only did the stock, and now crypto, exchange Robinhood sent them a cease and desist order because of similar name touting the same services, the Taiwanese company lost access to banking services for its customers. Meaning users could not send or receive fiat transfers to the platform.

To remedy this, Cobinhood has accepted stablecoin Tether, which is tied to the US Dollar at 1:1. Cobinhood’s claim to fame is its zero-trading fee. Before diving deeper, let's look at the ICO financials.

Note that the token started trading before the launch of the exchange on December 17, 2017. CoinMarketCap rank is 305

Cobinhood’s banking partners decided at the start of 2018 that they would not do business with the exchange. It is assumed that this reasoning came about due to the nature of many banks not wanting to work with cryptocurrencies. This essentially strangled the exchange and put a burden on the users.

To remedy this, the exchange announced that it would enable Tether-based buys and sells. In other words, the user would have to hold Tether off exchange to make purchases on the exchange. This led to a crypto-for-crypto buys and sells. If you know anything about exchanges, then you know that this adds on more costs, fees, and waiting time for the user and this is not ideal.

Despite the Name, it Hangs in the Game

Despite the name and the issues with competitor Robinhood, it seems to be a technologically sound exchange. The company has taken several measures to ensure a quality experience with the exchange.  when the company performed a stress test to push the platform to its limits, the exchange averaged 1,154,284 orders and 10,142 order book updates per second for each trading pair — making it the first cryptocurrency exchange capable of true high-frequency trading. A rather impressive feat, considering the largest exchange Coinbase has had several meltdowns over the past 6 year when trading volume skyrocketed.

Wei-Ning Huang - CTO and Co-Founder
Wei-Ning has three years' working experience at Google. Before that, he was an active open-source contributor and worked in the open-source space for more than five years. He specializes in building large-scale web applications with demanding throughput and availability. Wei-Ning is also an early adopter of cryptocurrencies, having five years of cryptocurrency trading experience and deep understanding of the blockchain technology.

Cobinhood is an interesting case because it has many users and a strong technology platform, and advised by the former U.S. CIO.

However, the red flags are big ones: name contesting with Robinhood, loss of banking partners and thus the ability to buy and sell fiat, adding more steps and fees to a complicated process for new users. The native token has suffered much in the past few months almost returning to its starting position. The ICO raised a good bit of funding, but the subsequent hits have damaged the reputation.