Darryn Pollock
Litecoin has always been heralded as Bitcoin silver, but it could well overtake its predecessor as a functional digital currency 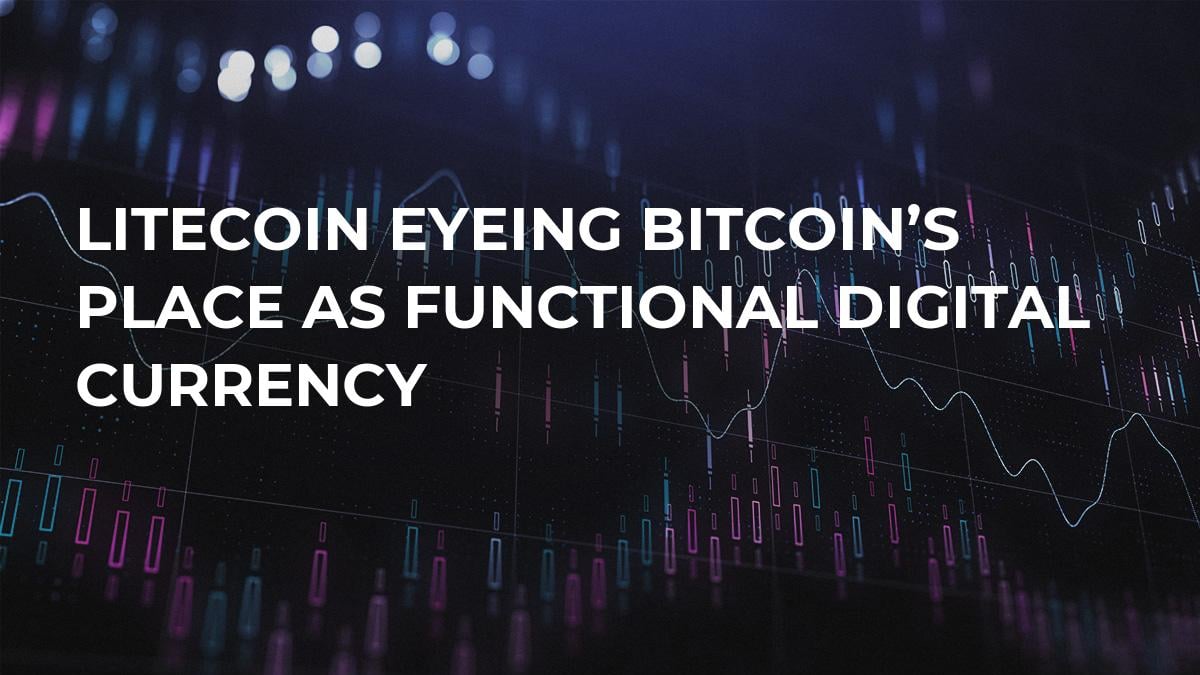 Bitcoin began life as the only option for digital currencies and as such built a massive following and became the most widely adopted cryptocurrency that could be used globally. However, as things have evolved, Bitcoin has become less useful as a currency, and more valuable as a store of value. This has left the door open.

Litecoin is one of the options that even from its own inception has been aimed at being a digital currency that can be better than Bitcoin for day-to-day transactions. Litecoin has its advantages over Bitcoin, especially nowadays, but even if it down become the preferred currency, it does not mean it will spike in price.

Bitcoin has enjoyed many years of dominance in the cryptocurrency market, as the original and first of its kind. However, that is not enough to keep the cryptocurrency at the top of the pile as with the entire ecosystem’s boom, there have been a number of competitors cropping up.

Having a first-to-market advantage has certainly helped with its media exposure and its ability to sign up new merchants, but everyone is starting to explore the market a lot deeper.

Bitcoin’s decision to not scale entirely, and stay the line as a digital gold, seems to have caused damage. First, its fees grew, and transactions slowed, but this was fine as the price rose.

However, it then suddenly became a bit irrelevant as other coins were overtaking it in growth. Thus, currently, the fees have dropped, but the popularity is down as the transactions have slowed.

Even the manner in which Bitcoin operates has its problems as decision to change and evolve are subject to 80 percent approval is needed among the community to implement upgrades. An inability to reach this consensus has caused numerous forks, creating new digital currencies in the process, and relegated Bitcoin to an ever-slower and pricier network.

Bitcoin has always been seen as an additional coin to work alongside Bitcoin, known as ‘Bitcoin’s silver,’ but it has many tools that could see it as a far better alternative.

Its main difference is its maximum transactions processed per second. Bitcoin maxed out at seven per second, compared with 56 for Litecoin.

So, to summarize, Litecoin can process transactions quicker than Bitcoin, and its quicker block time suggests that it can handle more capacity than Bitcoin.

Additionally, Litecoin already has full implementation of SegWit, so it can operate even quicker. And, while Bitcoin’s transactions are down, Litecoin’s are on the way up as the likes of their founder, Charlie Lee, work hard towards gaining more support from merchants and other users.

There are of course many other coins out there that have been claiming to be the next Bitcoin, especially those aimed at speedy and cheap transactions. However, not many of them have the right foundations or tools.

It seems that Litecoin, as one of the first aimed at fixing transactional speed and costs, has a good history and roadmap to eventually overtake the original cryptocurrency.