Initial Coin Offerings Are For Everyone, Not Only the Rich

Eric Eissler
ICOs are a huge phenomenon, and rightly so as they offer a lot more inclusion and a little less regulation 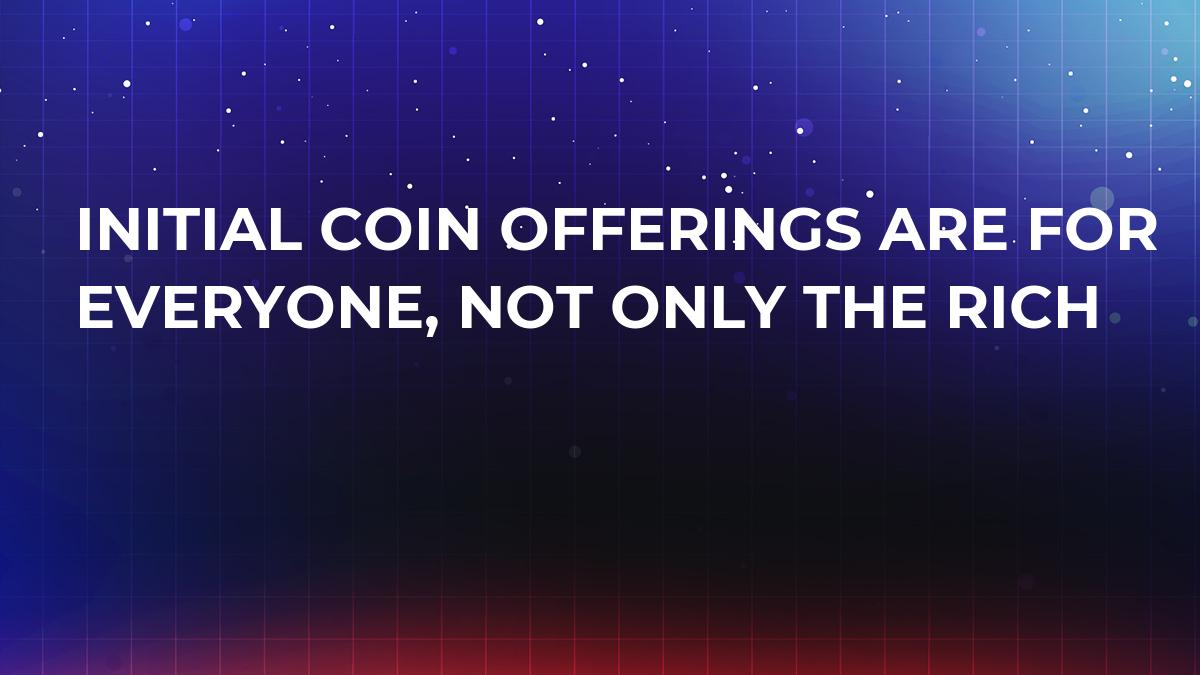 Initial Coin Offerings (ICOs) are a major disruptive force to the traditional Initial Public Offerings (IPOs). They have come under much scrutiny by the US Securities and Exchange Commission (SEC) because there have been a few cases of fraud, where the ICO company in question was just a front and took off with the money.

Despite the risk that they may pose, they are celebrated because anyone can invest, not only “accredited investors,” a term which is covered below.

ICO vs. IPO: free entrance vs. paying to play

ICOs are akin to IPOs but instead is selling stock or share in a company, which are used to raise money in a public market. With the ICO, the company is not selling shares but rather a tokenized asset in exchange for a cryptocurrency such as Bitcoin or Ethereum, which the capital-raising company could then cash out to fund the new venture.

Instead of selling stock and going through a traditional public system, which is highly regulated, costly, and losing control of a new venture to shareholders, a company can offer its assets via tokens directly to the public without sacrificing control of the company.

Furthermore, anyone can invest, unlike with traditional IPOs which have a high level of regulation for the companies and the accredited investors, who must meet a certain level of income in order to participate.

The conditions to be an accredited investor are very high and not many individuals are able to participate in IPOs, which is unfortunate because IPOs are generally a good investment medium.

As cryptocurrencies and tokenization have grown, the dawn of the ICO occurred, which allowed anyone to invest any amount of capital from $50 to $50,000 into a new venture.

In this case, everyone wins as long as the company can succeed. An unregulated market has the power to be successful as we have seen from many other ICOs that have been successfully launched over the past few years.

While it is important that scams should not be allowed to occur, some kind of background checks should be in place. However, taking the newly found freedom from the ICO market and turning it into something as cumbersome as an IPO totally defeats the purpose of deregulated investing.

Ethereum is used for business because of the smart contracts that are coded into the Blockchain. Therefore, if the aggressive SEC enforcement ends the ICO boom, it would be a major blow to Ethereum and the crypto market in general.

In order to be successful and get the SEC out of crypto as much as possible, the ICO community needs to implement some self-policing to ensure companies are who they say they are to prevent fraud. As the old adage goes, it only takes one bad apple to ruin an entire bushel, and the rot is spreading quickly through the ICO.