Eric Eissler
Not all ICOs fail! Here is a look at some of the most successful ICO companies 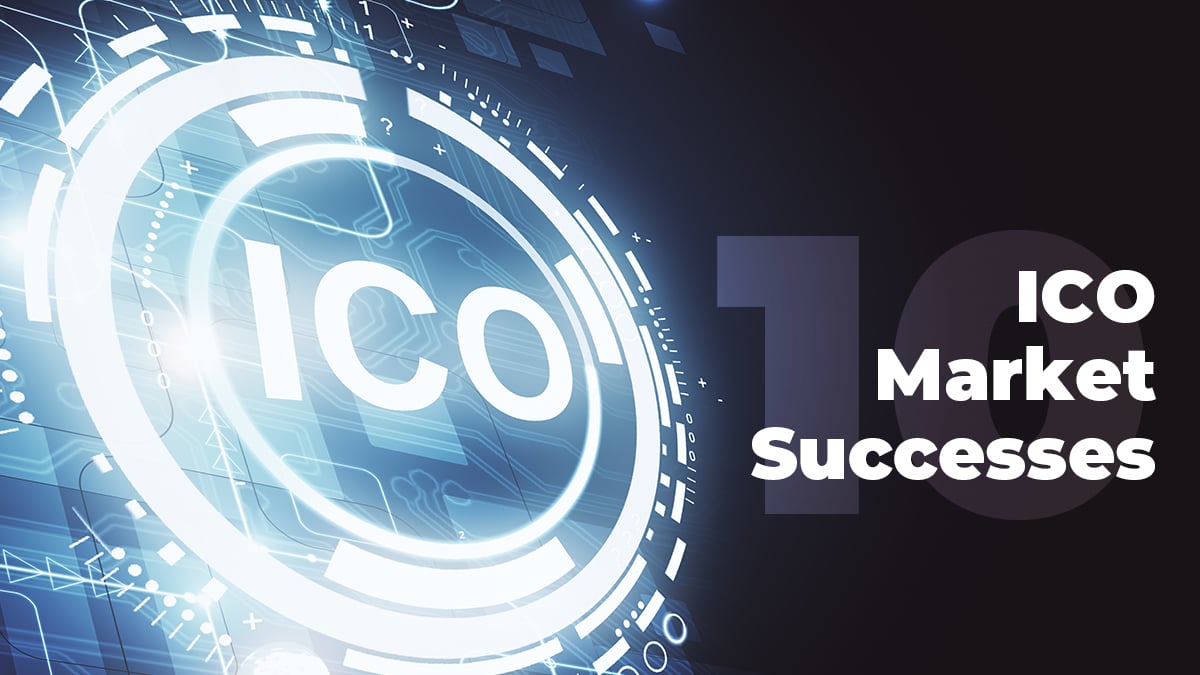 The ICO market has been filled with failures, scams, hacks, and plenty of other negative press. Let’s take a look at the brighter side of things and review some of the biggest successes to come out of the ICO frenzy. The method used to determine successfulness was based on initial ROI for tokens, combined with how well the technology has been received in the market.

Out of the many ICOs that fail, EOS is not one of them. The ICO raised some $700 mln during the first phase. The most recent reports indicate that the ICO raised 5,148,884.15 ETH, which is more than $2.833 bln or 5.2 percent of all ETH currently available. That makes EOS the largest fundraising ICO to date! The technology is solid and has made it easy for cross-blockchain compatibility with Ethereum just copy and paste the code. EOS is attempting to usurp Ethereum as king of the smart contracts and business Blockchain. Watch out!

In a similar fashion, Stratis is competing for the Ethereum market with similar technology. The most profound division between Stratis and Ethereum is the fact that it uses C# for Microsoft’s .Net framework to write smart contracts. With Ethereum, programmers need to contend with the programming language called Solidity, which has been a challenge for some programmers. While it might not seem as cool as Ethereum, the programming pool of .Net developers is around 6 million worldwide, which could be an adoption benefit for older companies.

Once known as Antshares, China-based NEO is like many others trying to improve upon the smart contracts Blockchain model. What sets it apart from the rest is the fact that is is attempting to develop a smart economy that digitizes assets and creates a proof of ownership model. On a side note, NEO tokens cannot be subdivided; the smallest amount of NEO is one NEO and nothing less.

ARK provides users, developers, and startups with innovative Blockchain technologies. It is attempting to create an entire ecosystem of linked chains and a virtual spiderweb of use-cases that make ARK highly flexible, adaptable, and scalable. Ark is creating an ecosystem that is unified, with the underlying goal of making Blockchain more accessible to the world by employing SmartBridges, alternative programming languages, push-button deployable Blockchains, which all, in turn, make it easier to use Blockchain and make it more accessible to everyone.

Again coding and programming are the main factors that set LISK apart from the others. The programming code is essentially Javascript, which is what most of the web runs on these days anyways. Why confuse developers with Solidity? Furthermore, LISK runs side chains alongside the main chain. Sidechain solutions are either a single Blockchain or private Blockchain. Lisk strives to offer the best of both worlds–mainchain stability and security while allowing side chains to have unlimited flexibility in terms of development, networking and asset tracking.

The Komodo Blockchain platform uses Komodo’s open-source cryptocurrency for doing transparent, anonymous, private, and fungible transactions. They are then made ultra-secure using Bitcoin’s Blockchain via a Delayed Proof of Work (dPoW) protocol. What is dPoW? It is a hybrid consensus method that allows one Blockchain to take advantage of the security provided through the hashing power of a secondary Blockchain or sidechain.

One of the primary goals of Qtum is to be able to bridge the Bitcoin and the Ethereum world. What makes the software unique is that Qtum’s core technology combines a fork of Bitcoin Core, an Account Abstraction Layer allowing for multiple Virtual Machines, including the Ethereum Virtual Machine and Proof-of-Stake consensus aimed at tackling industry use cases. It has a growing library of 21 Dapps. Designed with stability, modularity and interoperability in mind, Qtum is a toolkit for building trusted decentralized applications, suited for real-world, business-oriented use cases.

A decentralized prediction software that is ERC20. Sure, it might be another Oracle but this service user-driven. Users feed real-world information into Augur's contracts. Augur ensures the accuracy of this real-world information by providing a financial incentive for token holders to correct markets they believe have been reported incorrectly via the rep token, which allows for corrections and disputes. The Reputation token allows users to be rewarded for successfully defending their corrections.

It is a forthcoming exchange that will function similarly to Coinbase. However, what sets this exchange apart from Coinbase is that it has its own token that can be traded. Furthermore, Qvolta will offer an alternative to Coinbase once it launches its mobile app in July 2018 and then will add support for more coins in Augu and a lending service in September.

Handels invoice buying and selling and has redefined an antiquated model of selling invoices at a discount. Invoice discounting is a form of funding that instantly unlocks the cash tied up in outstanding sales invoices. Business owners allow invoice buyers to buy invoices at a discounted rate in order to unlock their cash quicker. Once invoices are paid by the invoice debtor, the invoice buyer receives the amount previously agreed upon. Using Blockchain and its own built-in crypto, Populous has the ability to turn the invoicing industry on its head.