DomRaider is a no Bidder: Past ICO Review 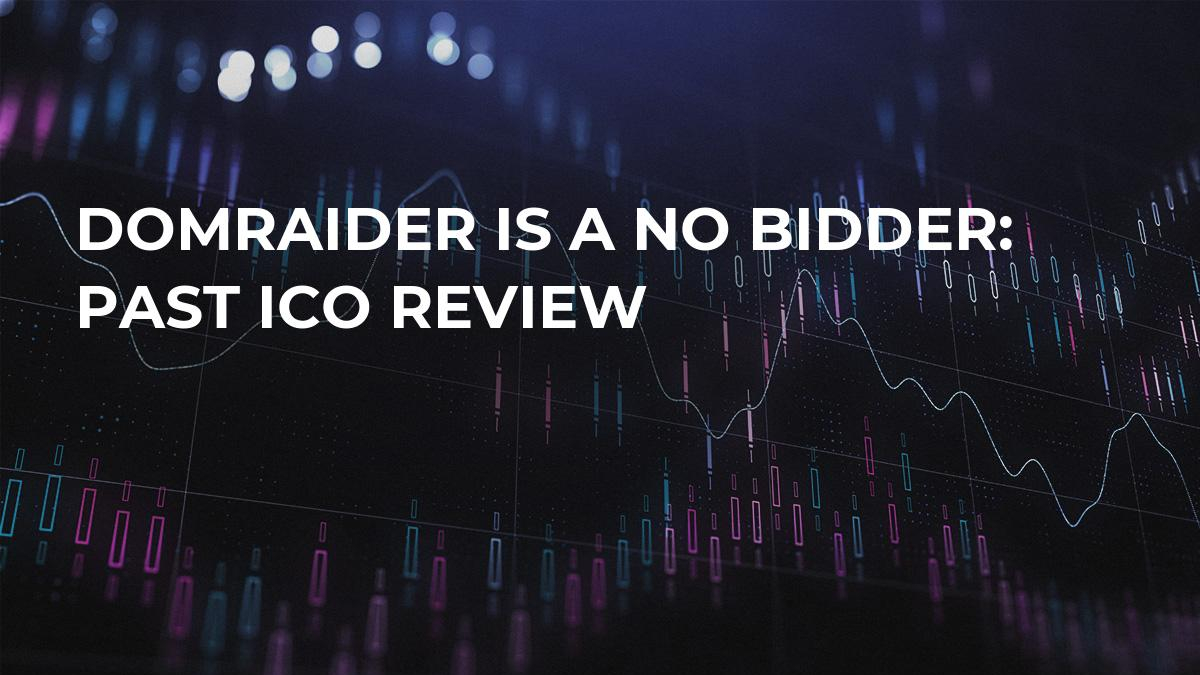 Who doesn’t love a live auction? Items up for bid on stage, the auctioneer is intensely scrutinizing the crowd for the next bidder. A hand goes up. A bid is taken. The price increases. The intensity thickens as more and more people compete for that desired item, whatever it may be- a golden Bitcoin perhaps?

France-based DomRaider (DRT) is seeking to disrupt the auction world for domain names but has run into trouble as its token price slides and there seems to be no one at home updating the website or sending out communications.

ICANN is a very centralized system of controlling domain names and DRT is seeking to disrupt it.

How? Well, it’s hard to say because there is no white paper on their website and the link, if there ever was a link there, to the uses of DRT is also non-existent.

You can, however, search it and you are linked to DRT’s blog to access it. But that is a rather unprofessional manner of constructing a website for a company, as potential investors should be able to find things such as a white paper and how a product works without much effort. A final red flag is the poor use of English grammar. DomRaider is looking like no bidder.

If you do manage to find the white paper and read it, you will see that the company has gone to great lengths to protect itself by stating the following:

The developers are aware that this auction house could go up in smoke and that if it does, with a downwards trending token it just might, they have taken the precautions to protect themselves legally if anything were to happen.

No news for months

The most recent news item on the website was from Feb. 22, 2018 and in addition to that there is a “coming in April” banner still up.

It appears there is not much going on at DRT headquarters as the token price slides and the spider-bots are spinning their digital webs around the corners of the site.

(Gavel strikes table) This auction is over.