Darryn Pollock
With the market’s pleasantly in the green, there are some real heroes pushing the boundaries with Steem and Storj leading the pack 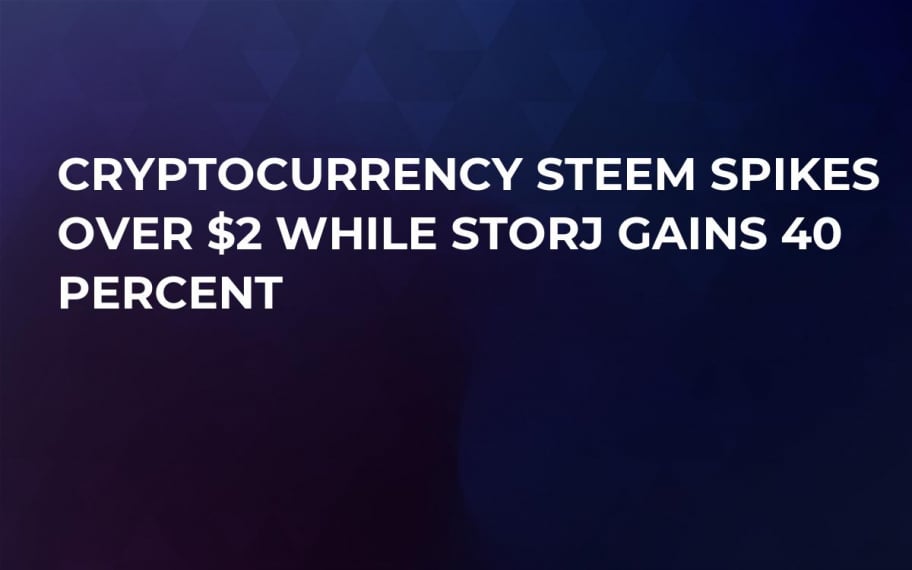 Coming back off the Easter Break there was a green hue to the entire top 100 cryptocurrency ecosystem by Market Cap, barring two coins. The main coins, in the top five were up between three and five percent, but it was Steem and Storj that led the pack.

Steem, an incentives social media platform which has been garnering quite a bit of attention in this day and age of content producers, leads the pack when it comes to growth as it crossed over the $2 mark with a massive 43 percent jump in the last 24 hours.

Steem has shown that there is a huge potential for such a platform to exist on the Blockchain, and has been gaining traction for some time now.

The reaction of these established social media sites could be pushing crypto users away, especially those who have vested interests and businesses that are being affected by the ban. The move to a Blockchain-based social media site, where content is incentivised, may well be seen as the future.

The second best performer after the Easter Break in terms of its price rise is Storj. Storj is another well-known coin, even though it sits at 85 in the market cap stakes, because it has been likened to HBO’s popular sitcom, Silicon Valley, and their product, Pied Piper.

Storj is up 39 percent over the last 24 hours with its price up to $0.88. The decentralised cloud storage platform allows users to rent out idle hard drive space and is considered another good use-case for Blockchain technology.

The rise in Storj’s price may well come down to the fact that it has a use-case that could have some potential. There are a lot of companies that are trying to shoe-horn ICOs, but Storj looks like to could work in a world where cloud-based data is the norm.