Charge DeFi: How Algorithms Create Stability in a Decentralized Way 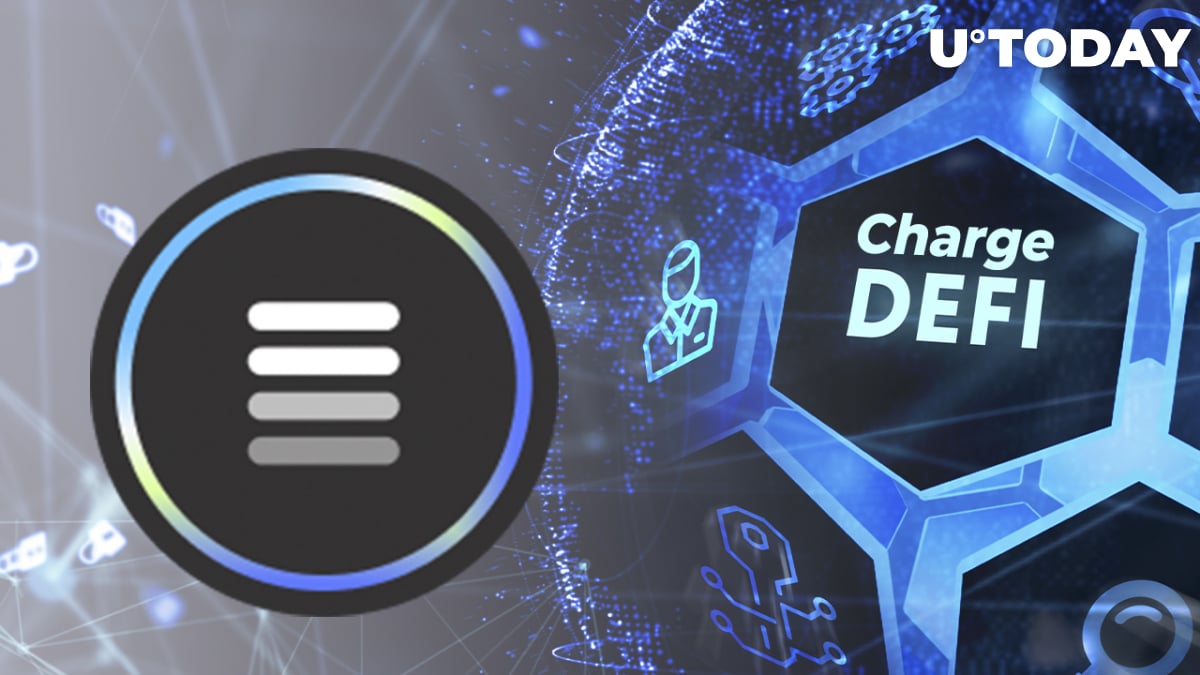 The most popular stablecoin, Tether, operates several fiat-stablecoin pairs, including USDT, EURT and GBPT. It alone is worth $78.2 billion, representing a 47.3% share of the total value of the stablecoin market. However, as has been demonstrated by the number of audits of Tether’s actual fiat holdings, tethered stablecoins have inherent centralization and subsequently and existential risk.

Charge DeFi is an algorithmic crypto token with an innovative new “rebase” mechanism implemented to maintain stability. The mechanism adjusts the circulating supply of $STATIC using price-elastic tokens to increase the price when it is below a peg. This article will examine Charge DeFi’s solution to algorithmic stability, explore how it works and compare it to the competition in the stablecoin space. It will then analyze the impact of algorithmic stability on the algorithmic space and the wider cryptocurrency market.

But first, let’s take a look at Charge DeFi itself.

What is Charge DeFi?

Charge DeFi is a combination of an algorithmic crypto token and rebase mechanics. A stablecoin is a cryptocurrency whose value is pegged to a single unit of a fiat currency, usually 1 USD. Normally, this is by means of “tethering” in which a company acquires an equivalent amount of say, USD and promises to back each unit of stablecoin 1:1. However, inherent in this mechanism is the requirement to trust the guarantor, which requires constant and often expensive monitoring.

An algorithmic crypto token takes stability to the next level. Instead of a fixed peg, an algorithm is used to adjust the price of a token based on pre-set conditions which can be written into a smart contract and launched in a fully decentralized way. Consequently, there is no input by any 3rd party thereafter, with the algorithm executing according to demand, supply and market movements.

Allowing for full, inexpensive independent monitoring as well as a lack of need to trust the word of a guarantor.

How Does Charge DeFi Ensure Stability?

There are two main tokens that feature in this rebasing mechanism, $CHARGE, and $STATIC. $CHARGE functions as the share/seigniorage token in the Charge DeFi ecosystem, and $Static as an elastic supply coin.

The rebase mechanism works as follows:

But perhaps an example would make this clearer:

The reason Charge DeFi implemented these mechanics lie in the core issue that traditional Algorithmic cryptocurrency suffers from: When a token drops below a $0.6-0.7 threshold every AlgoStable entered a so-called “Death-spiral”.

Algorithmic cryptocurrency rewards holders when the ecosystem expands through a seigniorage system. Investors who stake tokens into a boardroom receive part of the expansion.

But when the price of a token drops too much, all incentives for pushing the token price up disappear. During these ‘Death-spirals’ the token values often dropped to prices 90% lower than their peg.

These drops removed all incentives for holding the token, as well as increasing the cost of pushing a token back up tenfold. The implemented rebase mechanics rebalance supply and demand in such a way that the price of $STATIC returns to its peg and, with a small boost on the demand side, expansions return and holders are rewarded again.

A simple explanation would be that a rebase prevents an Algorithmic cryptocurrency from ‘dying’. Instead of that it resets the ecosystem to a lower level so investors can ‘try again’.

For an example of this mechanism working, please visit ChargeDeFi’s FAQs here.

The ideal range for $STATIC is roughly between $1.20 and $1.70. This will result in a reliable reward system for everyone. A much higher price will give more rewards, but may also attract arbitrage hunters who are looking to capitalize in the short-term.

Users can invest in the liquidity pools that help to maintain the rebasing mechanism for $STATIC. Investors receive a reward, through an entity called the Boardroom every epoch (~8 hours). Charge DeFi also maintains a decentralized exchange (DEX) called Smart Swap which acts as a medium of exchange between $STATIC and $CHARGE.

As explained above, Charge DeFi relinquishes the need for a central guarantor to be trusted to guarantee a 1:1 peg between fiat and a stablecoin. This is a positive step in the direction of decentralization given the scandals that have occurred with both Tether and USDCoin, the largest stablecoins in the cryptocurrency market.

Tether, for example, was fined $41 million for misleading authorities and investors about the level of resources it kept to honour its guarantee. This follows years of assurances from the Tether team (who are also owned by the same holding company that owns centralized exchange, Bitfinex) that the 1:1 guarantee between USDT and USD was fully resourced.

DAI, an algorithmic stablecoin created by MakerDAO, was one of the first attempted solutions to this problem. It creates stability by collateralizing a basket of crypto assets and using an algorithm to execute market orders of those  assets to maintain a peg. Whilst this approach is fully decentralized, there is a risk when it comes to getting data for the assets in its basket. This became clear in November 2020, when a bad oracle transmission led to the price of DAI surging momentarily by 30%. As a result, $88 million worth of liquidations were registered in DAI-based pairs on the DeFi protocol compound.

Charge DeFi’s algorithmic rebasing solution is the answer to this. It is decentralized, transparent and functions without human or oracle intervention, removing the requirement to trust, but also reducing the potential margin for error.

Moreover, the Charge DeFi ecosystem has a series of additional features, the most noteworthy of which they call “Money Legos”. Money Legos are Charge DeFi’s solution for automated DIY staking strategies. In their first iteration they allow users to automate a set of rules and conditions for staking within the $CHARGE ecosystem. Users can set “take-profit” or “compound-profit” rules for investment in the Boardroom ($CHARGE, $STATIC-$BUSD) or any of the $BUSD farms available in the ecosystem. In a later stage these Money Legos will also feature other projects within the Binance Smart Chain. Allowing users to create tailored investment strategies over multiple projects. Consequently, Money Legos attempts to remove the complexity associated with DeFi, marrying commonly used automated trading strategies with staking.The project team assigned to Money Legos expects the first version to be live in March 2022.

A second team is working on another addon to the Charge DeFi ecosystem:
an easy to use crypto wallet with DeFi integrations, enabling the common user to make/receive crypto payments and easily stake in DeFi projects. With a strong focus on ‘ease of use’ the team has added an experienced UX designer to the team who was responsible for several large scale banking apps. The goal of this second team is to release an MVP end of Q1 2022.  With the previously mentioned Money Legos being part of a later release.

A New Dawn for Stablecoins?

Charge DeFi is pioneering a new mechanism for maintaining stability in an increasingly volatile cryptocurrency market. Not only does its rebasing mechanism out do rival algorithmic cryptocurrency, but its riddance of the inherent flaws of tethered stablecoins allows for confidence to be restored in a market that is demanding more of its arbiters of stability.

These innovative changes to the stablecoin spaces are being materialized in their roadmap for 2022. The Charge DeFi team is working towards launching two user beta platforms in Q1 of 2022 as well as several improvements and new features to the current platform. These include a voting system, a guided re-investment feature, and the boardroom compound.

Additionally, the team intends to secure a number of resource sharing partnerships, which will also introduce more of the crypto-world to their innovative new cryptocurrency approach. Indeed, Charge DeFi could be on the precipice of introducing a new dawn for the algorithmic cryptocurrency space, pioneering a new approach to stability and, as such, leading the space into a decentralized, transparent and algorithmic future.

55% of Ethereum (ETH) Holdings Now on These Two Exchanges: Details
Show all