George Shnurenko
The trend will become more clear today, as some currencies test, and others re-test downside trend lines 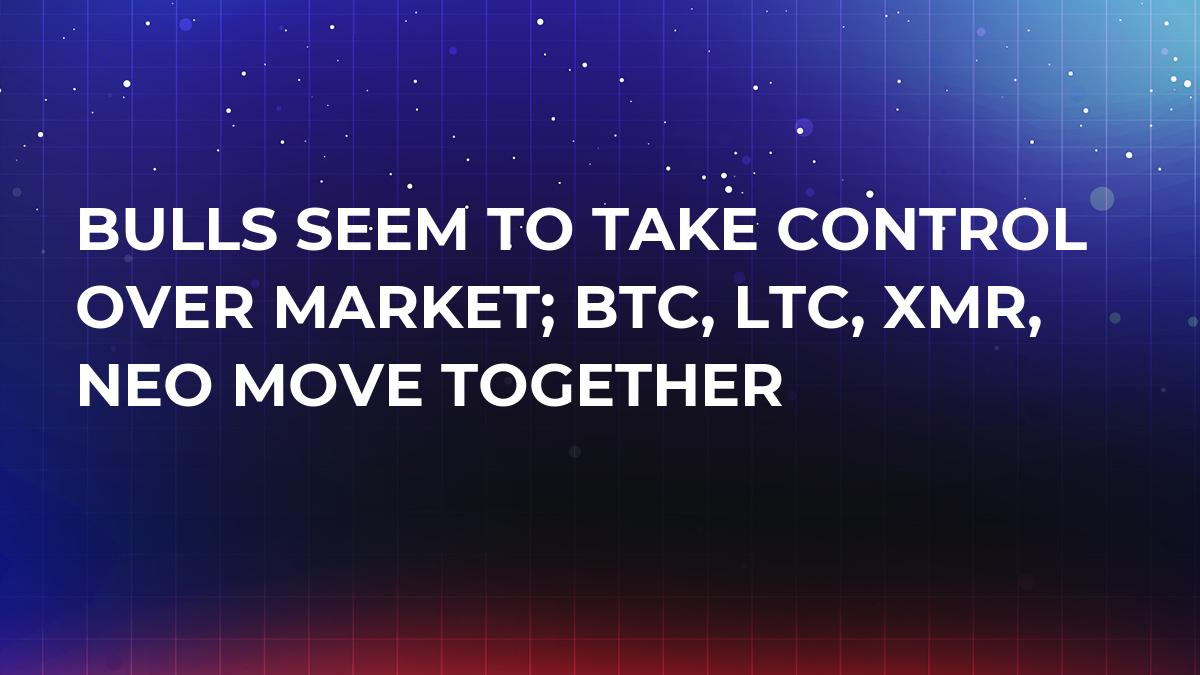 Bitcoin, Litecoin, Monero and NEO seem to make peace with each other as they begin moving in the same direction. It is hard to say now whether we are seeing a deep correction or a complete reversal. The situation will be clear within the next several hours as some of the reviewed currencies test their downside trend lines while the others re-test them already.

The currency pair changed its direction today as we had expected. There were two pin-bars within the support area ($9,000). There, the price reversed and bulls have finally taken the initiative in their hands. BTC/USD has broken through the resistance line ($9,200). The currency pair fluctuates higher at the time of writing.

Bitcoin has entered the Ichimoku cloud and stopped its upside tendency here for a while. There was another important event as BTC/USD crossed the downside trend line. The currency pair stays higher now. Bulls seem to change the global short and midterm scenario. We think that Bitcoin is likely to develop its upside tendency, but it needs a correction or a consolidation now. The closest target is the upper border of the Ichomoku cloud. However, in case of a correction, the price is likely to reach the support line ($9,200) or the lower border of the Ichimoku cloud.

The currency pair follows BTC/USD but with lower volatility as usual. We have noted in today’s review that LTC/USD needs some kind of a correction, and we think it is developing now. The main difference with Bitcoin is that Litecoin is still below the downside trend line.

LTC/USD crossed the $154 area and moved towards the next resistance line ($159 area) which is still unbreakable. There was a Shooting Star recently, but the volatility is low and the price’s decline was insignificant.

What to expect from LTC/USD in the nearest hours? We think that it will make an attempt to test the resistance line and the downside trend line. If successful, Litecoin has an opportunity to change the global midterm scenario as it will break the downtrend. Otherwise, the price will likely fall towards the support area ($154).

XMR/USD may continue its upside momentum after this correction if the price will jump off the support line and the downside trend line. Otherwise, it may return below the trend line and bears will regain control over the market.

The cryptocurrency follows other reviewed coins as it goes straight upwards. The price is testing the downside trend and the support line ($76 area). The results of those attempts are very important for future scenario as NEO/USD may either continue its upside momentum or reverse towards the $72 support line area.