Denys Serhiichuk
Is the rise of altcoins going to continue for a while? 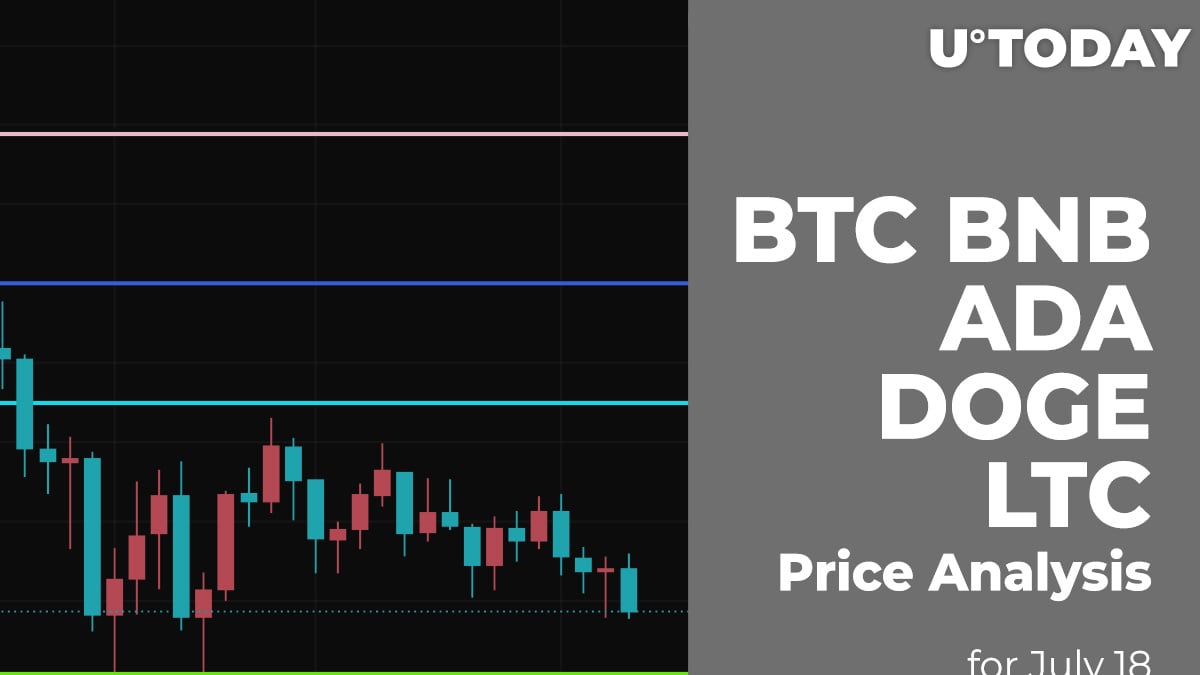 The market is slowly recovering after the recent drop, and some coins have already come back to the green zone.

Despite today's rise, the price of Bitcoin (BTC) has declined by 6% over the last week.

After a false breakout of the $32,190 mark, the chief crypto is coming back to the resistance zone. However, the trading volume is low, which means that traders have not accumulated enough power for a continued rise. But if bulls manage to do it, there is a good chance to test the zone of the most liquidity aorund $37,000 next week.

Binance Coin (BNB) has fixed above the crucial $300 mark. At the moment, an ongoing rise is more likely than a fall. If the buying trading volume increases, the level of $340 may be attained by the end of the next week.

Cardano (ADA) is also located in a zone of short-term growth, rising by 2.46%.

Cardano (ADA) has bounced off the support at $1.16 against the low trading volume. However, the altcoin remains trading within the falling channel, which means that bulls have not completely seized the initiative so far.

If a breakout occurs, there is a probability to see the return to the resistance around $1.40 soon.

DOGE has gained the most today, rocketing by 9% since yesterday.

DOGE made a false brekout of the resistance zone at $0.20; however, the price has not declined so far. It may mean that buyers are gathering power for another attempt to break the level. If that occurs, the rise may continue to $0.25.

Litecoin (LTC) remains weaker than other coins from the list despite the 2% growth today.

Litecoin (LTC) tested the resistance at $124.80. However, LTC could not fix above the resistance. It means that bears keep controlling the situation on the market, trying to retest the support at $105 within the next several days.