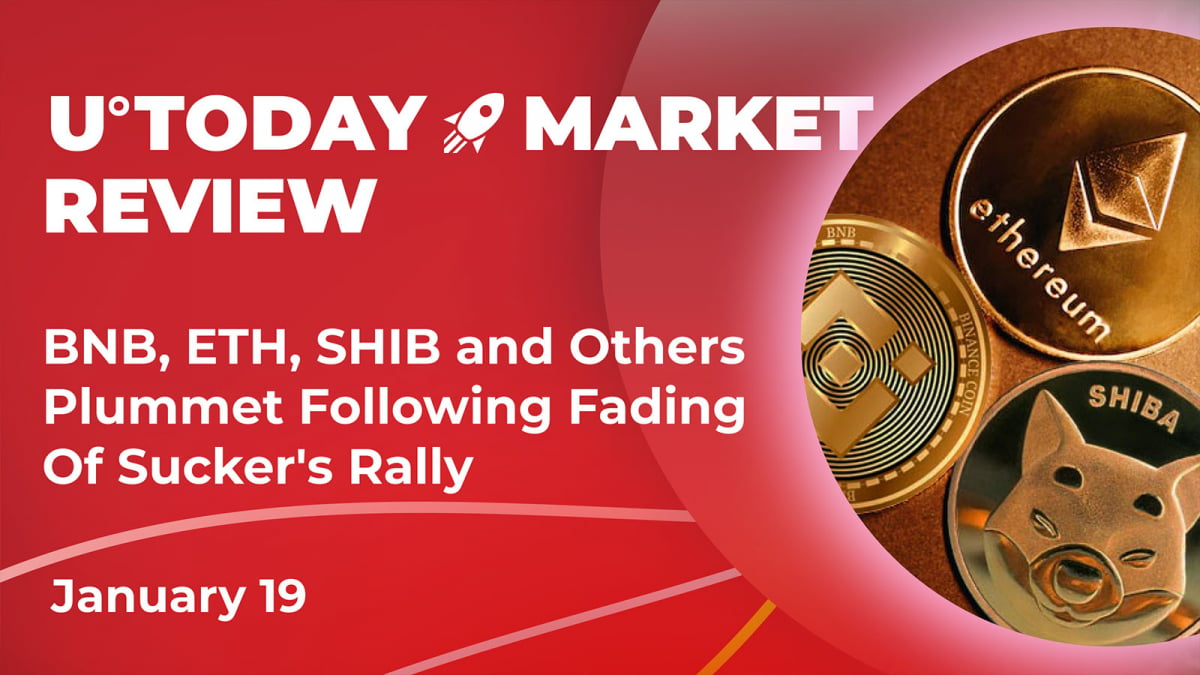 After yesterday's market-wide pump on both meme and fundamental assets, a lot of retail investors turned into bulls as the unexpected influx of funds pushed the market far above its substantial value. However, the correction we saw in the last 24 hours may hint at the conclusion of the "suckers rally."

A brief look at performing market-leading cryptocurrencies and market-related data shows investors are slowly turning bearish after most assets failed to gain a foothold above local resistances and retraced by up to 15%.

Related
Ripple CEO Speaks Out About Hinman Emails in Davos

Shiba Inu, as mentioned above, lost most of what it had gained during yesterday's breakthrough. More substantial assets like Ethereum or BNB are also going through a reversal. Ether has lost over 5% of its value since yesterday, while BNB is struggling to maintain the gains of the last two weeks despite celebrating the 22nd BNB burn event.

The high percentage of large transactions on many networks most likely reflects that whales and large holders provided most of the selling pressure on the market, causing reversals at around local resistance levels.

The euphoria among Shiba Inu traders and investors did not last long as the token's value quickly reversed from an almost three-month high back below the resistance level that SHIB has been moving below since 2021.

Such a rapid reversal is easy to explain: most of the buying volume that occurred on the market yesterday was not followed by building proper support levels, which led to an immediate reversal as soon as the noteworthy selling pressure appeared.

According to on-chain data, the number of large transactions on the network spiked by more than 20% compared to the usual values, which gives us a perfect explanation behind the unusual price performance of Shiba Inu.

Back in 2021 and the first half of 2022, Shiba Inu has been one of the most heavily accumulated assets on the market despite its poor price performance. Whales had been buying enormous amounts of the token, which unfortunately did not lead to a corresponding price performance because of a large part of the supply being held by retail investors who sold their holdings as quickly as possible.

ADA is not giving up

Despite showing a generally worse market performance compared to meme tokens and assets like BNB and Shib, Cardano is still showing an ascending dynamic, while Bitcoin, Ethereum and others are falling against the U.S. dollar.

Since ADA has not been heavily accumulated by whales in previous market cycles, the asset most likely will not face the selling pressure that other whales' favorites are going through. Though lack of exposure to whale addresses eases up the selling pressure during profit-taking, the support Cardano and similar assets are not getting leads to a poor growth pace during market-wide rallies.

At press time, ADA is changing hands at $0.3 with almost a 2% price increase in the last 24 hours.