12 Korean Exchanges Given Security Thumbs Up Despite Recent Hacks 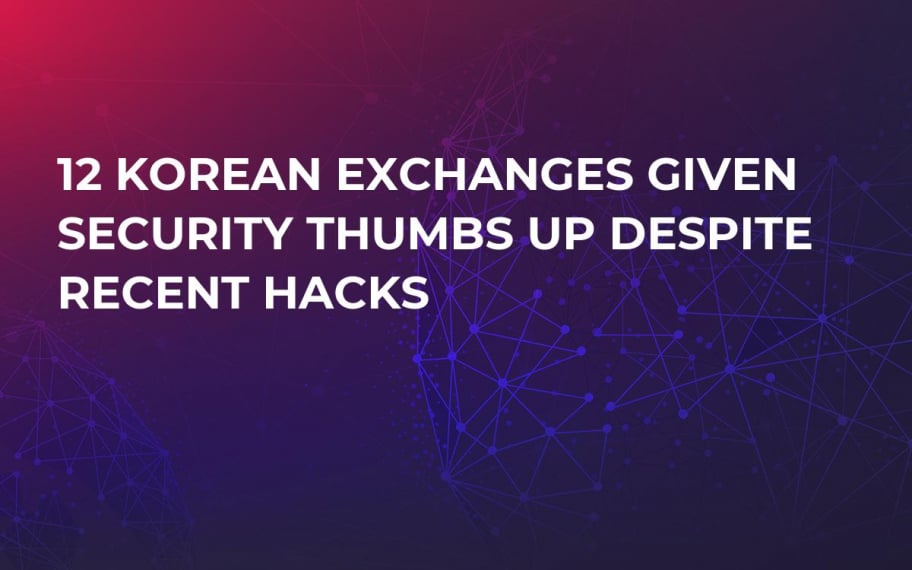 The Korea Blockchain Association (KBA) has said that 12 exchanges that it was inspecting have passed their standards for security in exchanges. These include major players such as Bithumb, Coinone, Korbit and Gopax.

Some of these exchanges have been subject to major hacks, including Bithumb which has been hit twice, the latest hack coming just last month. As well as Coinone which came under DDoS attacks last year.

The association launched its inspection of 14 different Korean exchanges two months ago and has come to its findings now. 12 out of 14 exchanges thus achieved what is being called “self-regulatory affirmation.” However, those who did not reach the standards, Sunny7 and Komid, withdrew from the KBA-led inspection.

Some of the standards required to meet from the KBA include minimum total assets, adoption of a cold wallet, anti-money laundering requirements and dozens more. The inspection was conducted through interviews by third-party experts authorized by KBA.

However, although the standards were met, and the all clear given to these exchanges, there were indeed security concerns that the KBA found, however, they would not elaborate further.

Jhun Ha-jin, head of KBA’s self-regulatory committee, declined to elaborate on “huge gap in the level of handling cybersecurity risks” between the 12 exchanges, while saying they met the minimum standard overall.

He also added that just because these standards had been met it did not make these exchanges immune to hacks. In fact, during their own investigation, one of the exchanges that met the standards was hacked.

It is quite odd that Bithumb, which was hacked of about $30 mln, was given the thumbs up by the KBA when the hack occurred during the investigation. Additionally, it was hacked almost a year before this latest attack. Hackers got away with several billion won in that hack, with one bln Won being equal to around $870,000.