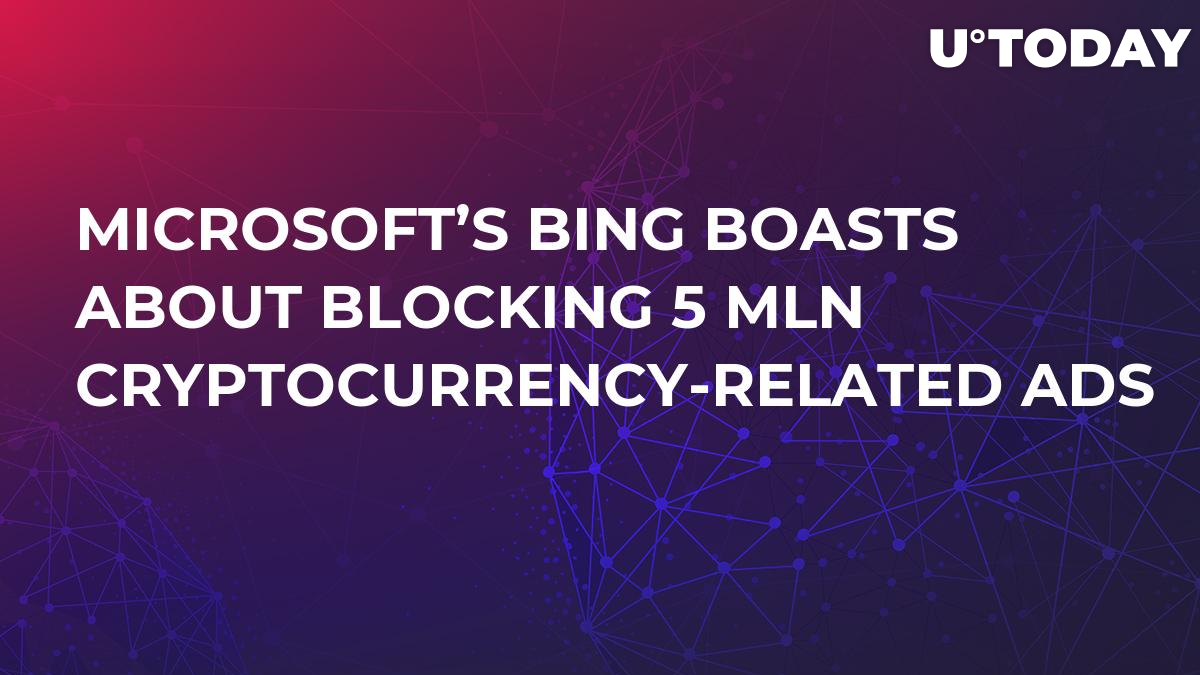 In its recent report, Microsoft’s search engine Bing reveals that its technology managed to block over 5 mln cryptocurrency ads. Meanwhile, Google announced its decision to lift its crypto ad ban back in September.

They point out that after Bitcoin and other major altcoins skyrocketed in price, they became a breeding ground for speculators and outright scammers. Due to the nascence of crypto, there wasn’t proper regulatory oversight to prevent their fraudulent activities. That’s why Bing decided to ban any crypto-related ads. As mentioned above, there have been more than 5 mln of them over the last year.

Notably, cryptocurrencies are among their key support areas along with tech support scams and weapons. Overall, the platform has managed to weed out a whopping 900 mln ads, which means that crypto-related ads represent only 1 percent of the total amount.

Back in July, Google banned cryptocurrency advertising after Facebook made a similar decision. However, as reported by U.Today, Google eventually reversed its ban, but only for those exchanges that are fully compliant with regulations. One shouldn’t rule out that there might be another switcheroo on Bing’s side now that cryptocurrencies are gaining more legitimacy.