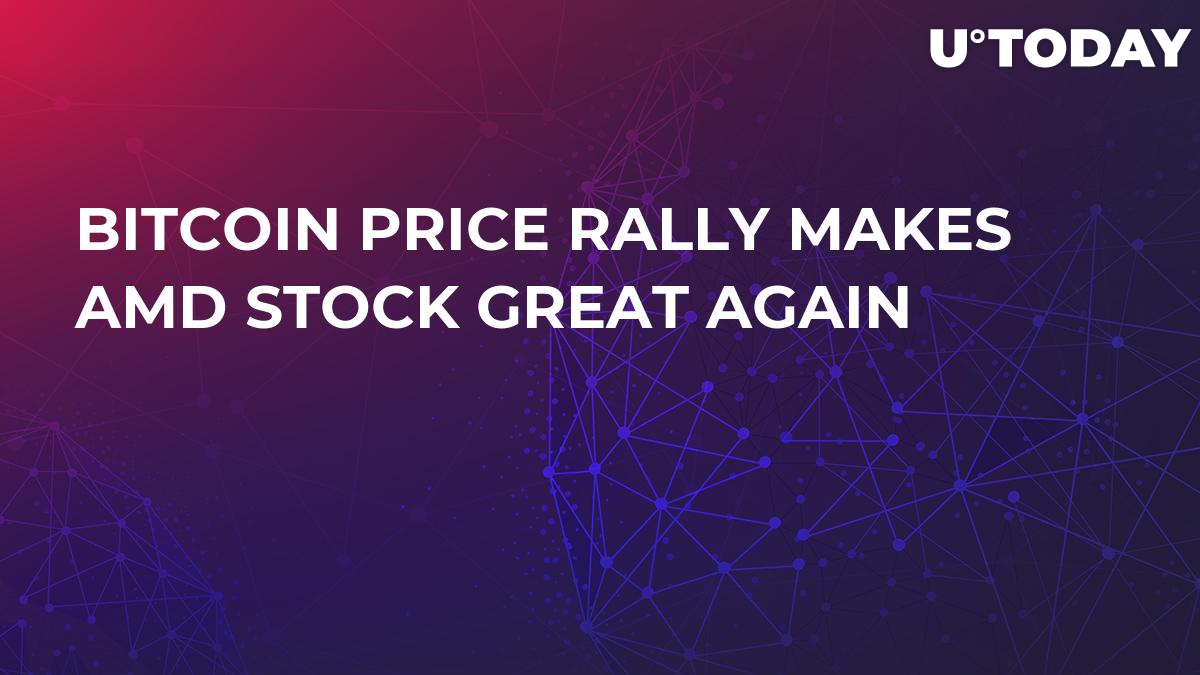 Despite a slight bump in the road, Bitcoin’s unprecedented rally is still on everyone’s lips. CNBC has recently linked the BTC price increase to the revival of AMD stock, which surged by more than 102 percent in a year.

While AMD increased by 1 percent, other semiconductor stocks took a hit in May. The VanEck Vectors Semiconductor, which offers 25 of the largest US chip stocks, swooned 14 percent this month.

AMD is definitely the star that shines within the SMH group," claims Boris Schlossberg, managing director of FX strategy at BK Asset Management.

Of course, the announcement about new chips was the main catalyst for the stock’s recent growth. AMD threw down the gauntlet with Ryzen 3000 that outperforms Intel in price and performance.

Analysts claim that this is the first time AMD managed to appear on the winning side of the CPU wars with Intel, the company that has been a dominant force in the industry throughout its 50-year history.

Bitcoin, according to Schlossberg, is yet another reason behind AMD’s revival. As the bulls are eyeing the $10,000 price tags, more miners are incentivized to brush the dust off their hardware. Hence, there will be rekindled interest in AMD's graphics chips.

AMD and Nvidia both excited the cryptocurrency market due to lackluster demand in 2018.

As reported by U.Today, Nvidia CEO Jensen Huang claimed that they had left crypto in the past.