Zilliqa Team Fixing Bugs in Preparation for Mainnet Launch, ZIL Rises from #33 to #30 on CMC

Yuri Molchan
As the mainnet release is approaching, the Zilliqa team is eliminating bugs found by the community and expects to become the future of dApps 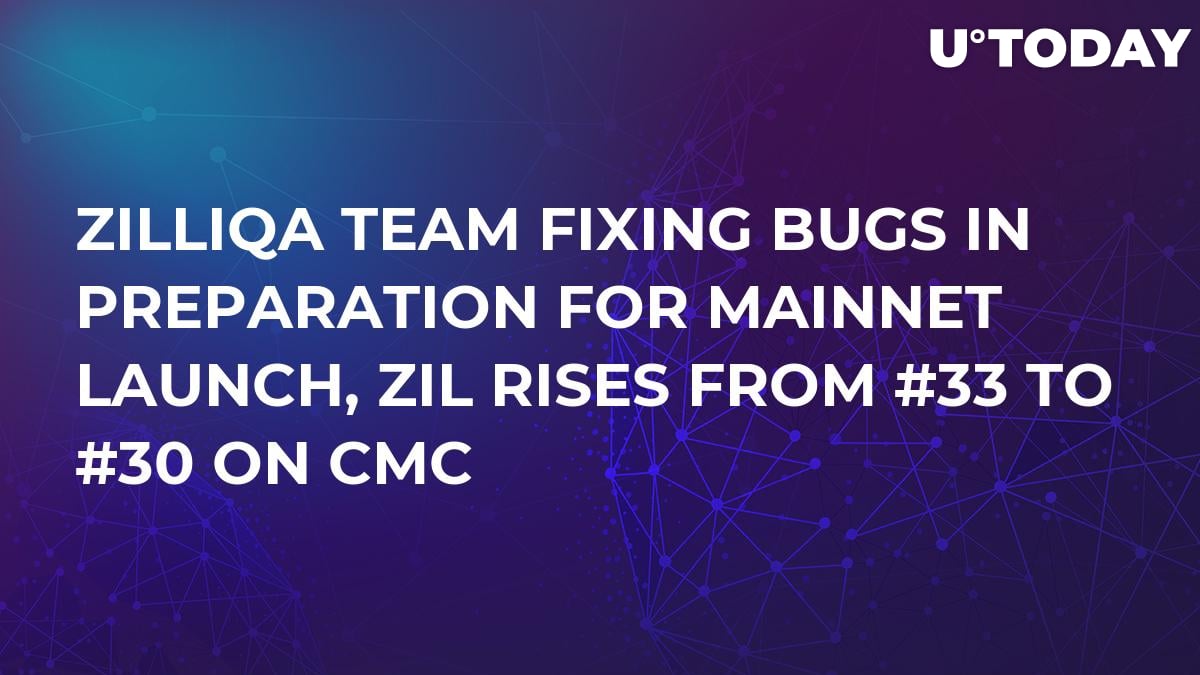 On Tuesday, 8 January, the Zilliqa (ZIL) team posted one more update on the preparation of their mainnet launch.

Cleaning up before the start

As the release of the mainnet is closer – the company promised it to happen in late January 2019 – the team is busy eliminating bugs, fixing weak spots which emerged when the testnet was probed by the community and the team itself.

The project’s team is checking everything in the code and on paper. Some of the found weaknesses have been already fixed, some will be dealt with upon the migration to the mainnet.

A crucial improvement that has been made is that now smart contracts work twice as good when it comes to certain scenarios. Also, recently, an academic research came out which showed a possibility of attacking the scheme of signatures of the Zilliqa consensus protocol.

The ZIL team immediately improved the protocol, even though the chances of the described attack were quite low.

The team also announced to their developer community that Zilliqa will make sure they get all the necessary SDKs for building decentralized apps on the future mainnet. SDKs will soon be available in the following programming languages: C#, Java, Python, etc, which are common for the crypto industry.

Among other areas where technical updates have been made are seed nodes, PoW mining, processing of transactions, P2P communication, libraries and tools for developers, etc.

Related
Tron Advances to #9 Position on CMC, BCHSV Retreats to Edge of Top-10

The mainnet release will be performed gradually, in order to prevent any attacks when the hashrate is low. During this period, miners will receive their awards, however, operations will not be processed until the necessary amount of hashpower is restored.

Token migration will take place between Q1 and Q2 2019. The team will report the details after the mainnet is launched along with the list of crypto exchanges that will be supporting the token migration.

Since December 28, Zilliqa has managed to lift itself from position #33 to #30 on the news of its testnet updates.