Alex Dovbnya
?Undeterred by the Binance FUD, the price of Bitcoin has reached the psychologically important level of $6,000 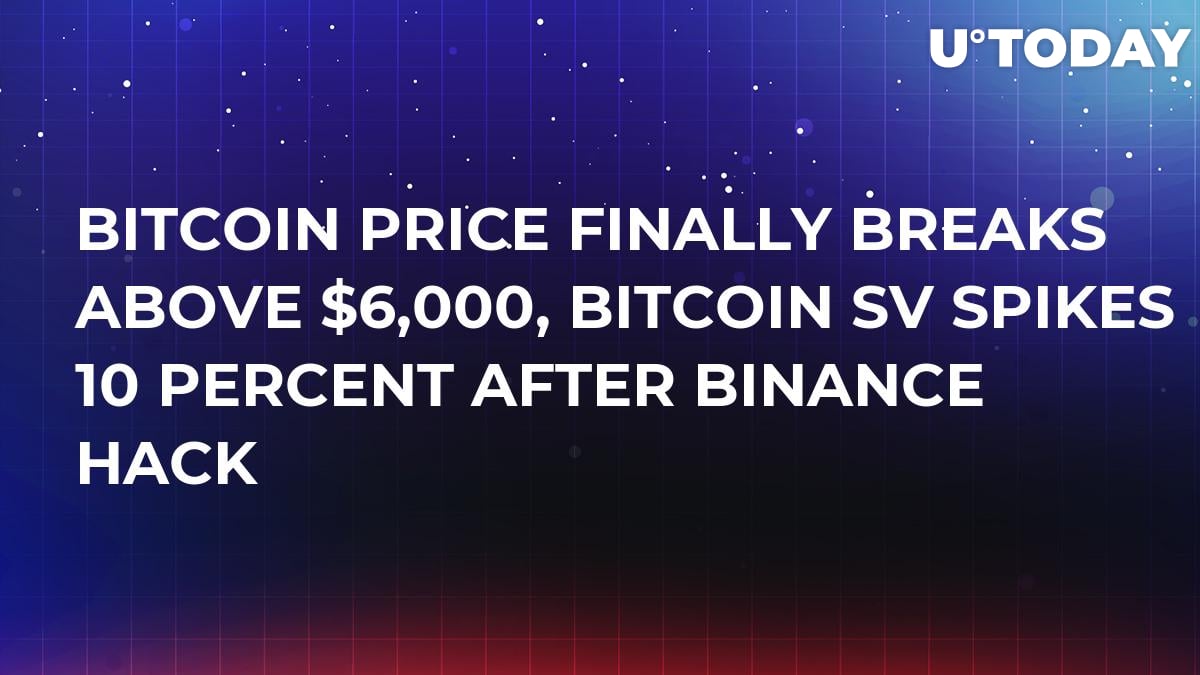 The price of Bitcoin continues its incremental growth, reaching a pivotal point of $6,000. Thus, the king of crypto has hit its highest price in six months.

At the time of writing, the price of Bitcoin is sitting at $6,090.43 after a 3.67 percent increase over the last 24 hours. Notably, Bitcoin is the top gainer insider the top 10. Altcoins, which are usually prone to more volatility, haven’t recorded any significant price moves.

Binance Coin, the native token of Binance, is still bleeding after the exchange suffered a $41 mln hack on May 8. The price of Ripple’s XRP remains remarkably stable at $0.30 while USDT Tether has slightly dipped below the $1 mark after appearing at the epicenter of two major scandals.

The total market cap is inching closer to $190 bln with Bitcoin being responsible for 56.9 percent of that figure.

Speaking of the broader market, Bitcoin SV, the controversial fork of Bitcoin Cash that currently occupies 14th place on CMC has surged by 10 percent amidst the Binance FUD. As reported by U.Today, Binance CEO decided to delist BSV after a spat with Craig Wright, the self-proclaimed Satoshi Nakamoto.

Meanwhile, its bigger brother Bitcoin Cash is on the cusp of testing $300 once again after a minor 2.64 percent price uptick that allowed it to break above two resistance levels.