XRP Loses Half of What It Gained: Crypto Market Review, October 19

Arman Shirinyan
Despite positive performance throughout month, XRP already lost half of what it has gained 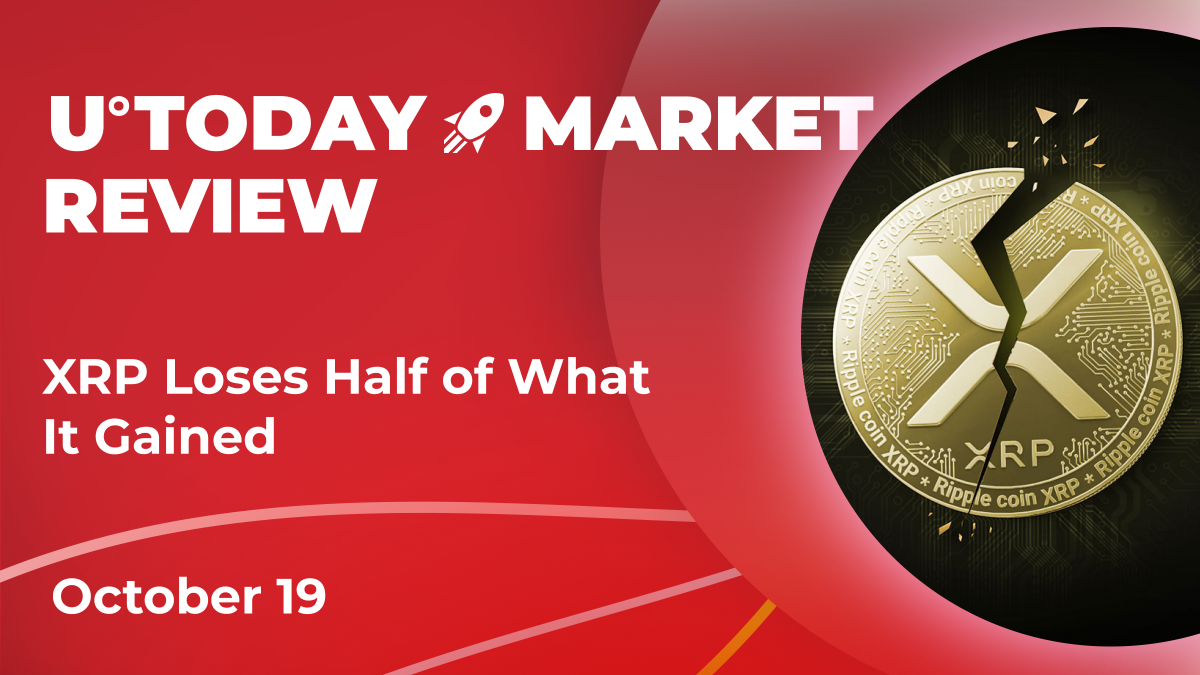 Despite the success the cryptocurrency had in the last few weeks, the lack of positive news from the court and the poor state of the digital assets market in general led to an expected reversal. In the last seven days, XRP has lost more than 7% of its value, showing that investors are not ready to support the uptrend.

Previously, we mentioned how important it is for the coin to gain a foothold above the 200-day moving average, as it would lead to a cross between two lines that will become a signal for a trend reversal. Unfortunately, the lack of momentum led to the swift reversal of the asset, and XRP has already hit the local low of $0.45.

With the coin falling below the 200 EMA, the 50-day moving average will also reverse shortly, making a bullish cross impossible. In case of a breakdown below the aforementioned support level, XRP will officially return to the downtrend it has been in almost two years.

Bitcoin's path is not changing

Despite being squeezed between two technical levels, BTC is not showing any signs of an upcoming volatility eruption, which is a negative factor for the cryptocurrency, as it was one of the few factors that helped it to gain momentum in the bullrun.

Related
This Bitcoin Whale Knows When to Buy, Holds BTC at $11,200

However, most industry experts believe the low-volatility period is finally over and the digital gold will soon show us a recovery. One of the main factors is critical low volatility, increased exchange outflows and the rebound of risk assets.

Previously, Peter Schiff noticed how Bitcoin shows a lack of momentum despite the positivity of risky assets. However, it is important to note that BTC has been slowly decoupling from the stock market, which explains the lack of movement while some financial assets rally in the background.

Crypto of the day

Since listing on Binance, the asset lost more than a half of its value due to a number of mistakes made by the team behind the project. After the sudden airdrop announcement, traders noticed the appearance of a 180,000 sell order in the Binance orderbook, which means that the project has most likely experienced a Sybil attack that allows one user to claim a reward multiple times. In addition to the issue with the airdrop, users were heavily criticizing the tokenomics that developers shared recently.

However, the price of the token slowly recovered, reaching the $8 level in just a few hours. At press time, Aptos is trading at $7.7 and losing 8% in the last 24 hours.