Alex Dovbnya
Bitcoin becomes the talk? of the town on CNBC as its price is vying to smash the $9,000 target?? 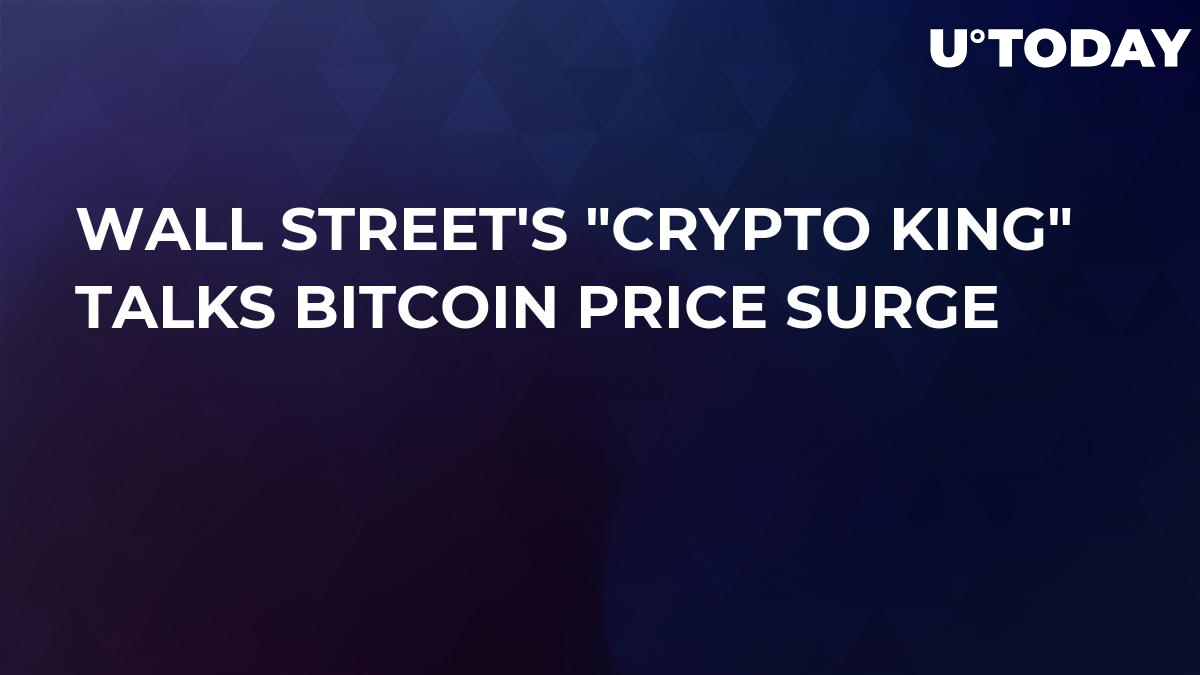 During a recent appearance on CNBC’s ‘Squawk Box,’ Wall Street analyst Bart Smith claimed that there were many drivers that pushed the price of Bitcoin (geopolitical, technological, regulatory, etc.).

He also believes that there will be less room for speculations once the number one coin sees broader adoption.

He points out the trade war between the US and China could be one of the main reason why Bitcoin is surging. The Yuan, which is believed to be inversely correlated to Bitcoin, has recently hit its six-month low.

Another reason for the rapid price pump, according to Smith, was the much-hyped Consensus conference that sets the stage for every who’s who of the cryptocurrency industry.

More than a speculation vehicle

As reported by U.Today, the Congressional Research Service (CRS) recently concluded that BTC cannot serve as a payment option due to its high volatility.

The same concern was voiced by one of CNBC’s contributors Richard Fisher. Smith didn’t try to deny that Bitcoin investors have to deal with speculations and risks, but the market will mature.

People who are bearish on that would say it’s too volatile. I would argue that it’s kind of in a nascent phase. And if a broader adoption occurred, the volatility would damper.

A lot of retail investors were burned by the Bitcoin crash. However, one can expect them to come back since there is a lot of optimism in the air.

I’m simply pointing out there is a lot of optimism from people within the Bitcoin community over the things that happened in recent months. And I think that is reflective in the price,” Smith told CNBC.