Alex Dovbnya
Onchain Capital CEO Ran Neuner took to Twitter in order to express his concerns over the escalating trade war between the US and China, the two economic superpowers 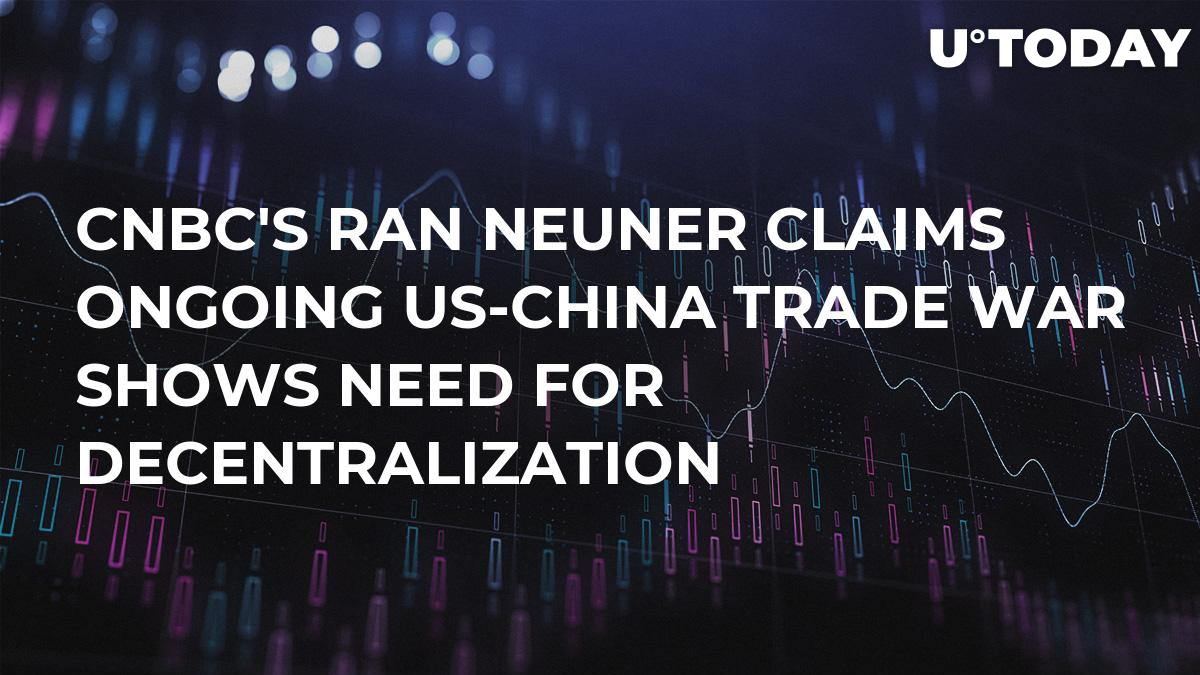 Onchain Capital CEO Ran Neuner, who hosts CNBC Africa's “Crypto Trader,” took to Twitter in order to express his concerns over the escalating trade war between the US and China, the two economic superpowers. Neuner claims that crypto enthusiasts have to avoid low-spirits and continue “building.” As the US-China trade conflict intensifies, the Onchain Capital CEO claims that there is a need for a decentralized platform.

We should put our heads down and build. Make sure that we have all the bridges, wallets, custodians and education. When this thing between USA and China blows up & the 2 superpowers of the world are working out their differences-we need to have somewhere decentralized to run to!

Some Twitter users supported his point of view, also claiming that the SEC rejecting Bitcoin ETFs is not crucial for cryptocurrencies since that would have only a short-term effect on BTC price. Earlier, Ethereum co-founder Vitalik Buterin and crypto evangelist Andreas Antonopoulos also stated that there was too much hype around Bitcoin ETFs.

thank you! quit worrying about stupid etfs that aren't that only have a temp price benefit. Let's work. Stay positive. Let's show the world.