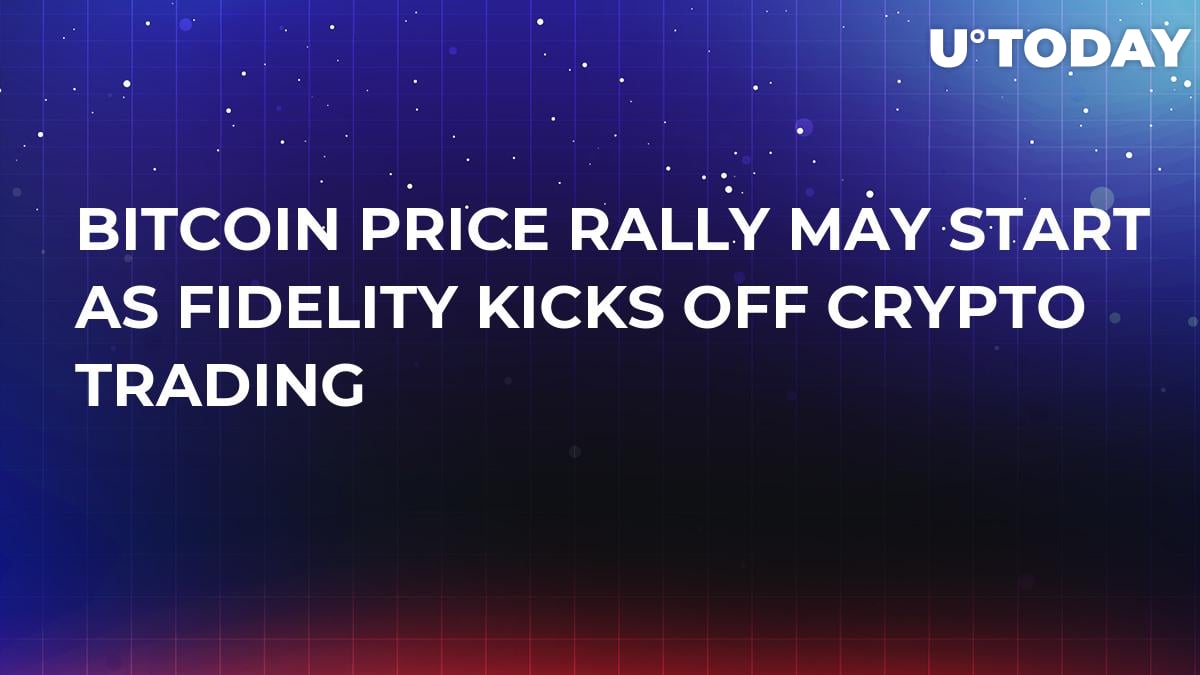 On Monday, Bloomberg reported that major asset management company Fidelity Investments is preparing to initiate Bitcoin trading later in May. It will purchase and sell BTC on behalf of its institutional customers.

Bloomberg believes this may spark the next Bitcoin price rally and increase BTC adoption.

A spokesperson for Fidelity has confirmed to Bloomberg that the company is indeed preparing to start Bitcoin trading on the platform and will begin with Bitcoin so far. Unlike other similar companies, such as Robinhood, Fidelity will begin with servicing only financial institutions and no retail clients at the initial stage.

The financial giant announced its readiness to start trading Bitcoin for its clients right after the results of its survey were published, which said that nearly 50 percent of institutions eye crypto as a financial innovation of the future market.

This is not the first time the company has been dealing with crypto – in 2014, Fidelity dipped into the mining industry. Lately, it has publicized its plans to offer Bitcoin custodial services to its customers. It started off with its first custody service in March.

On Monday, the BTC rate started a small retracement, as traders have begun fixing their profits. Still, Bitcoin has dropped only about 1.6 percent and at press time is trading at $5,752, as per CoinMarketCap.

Currently, Bitcoin accounts for almost 56 percent of the overall cap of the crypto market, still showing its domination.