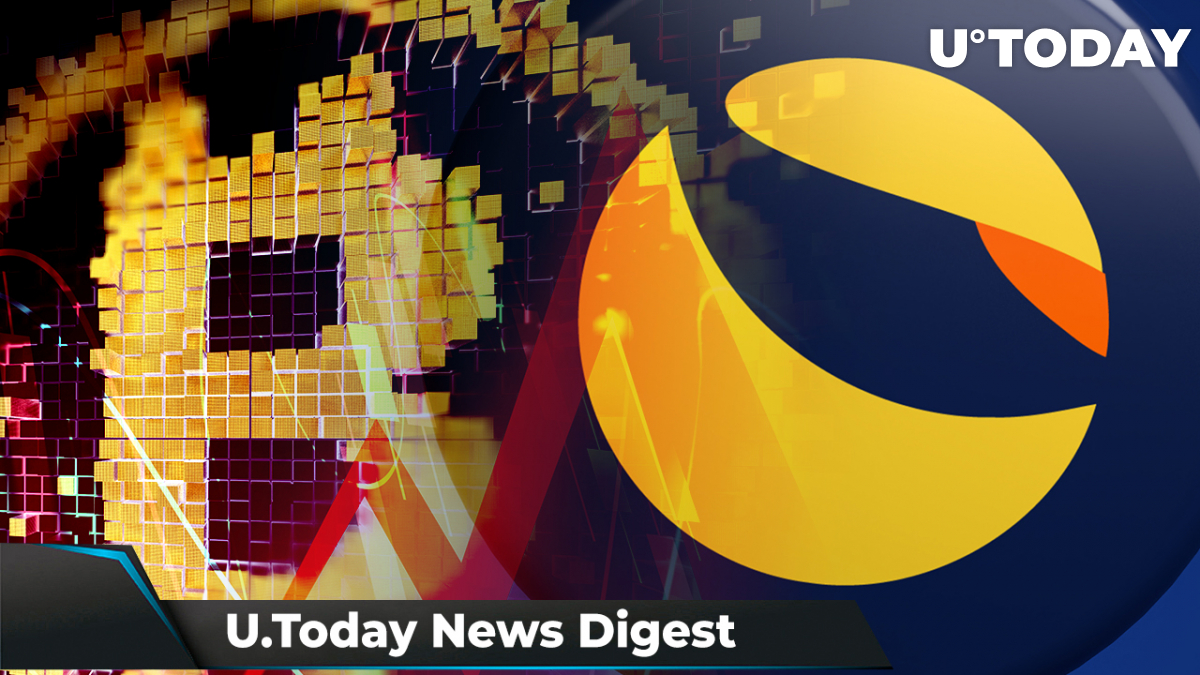 Terra network will be reborn, according to official voting

Terra's co-founder Do Kwon has come up with a new revival plan that includes a forking of the existing network and distribution of new tokens. The results of the “official” vote on Terra Station show that around 78% of voters support Kwon’s initiative, while only 0.36% are against the plan. A total of 20.2% of voters chose the "No with veto" option, and 1.3% abstained. As previously covered by U.Today, Terra community members created their own vote, in which 92% of users chose not to create a fork of the existing network. The results of this vote differ drastically from the abovementioned one, but one should keep in mind that community voting represents the opinion of a small group of Terra ecosystem participants.

Bloomberg’s analysts are concerned about the current position of Bitcoin. Despite the recent rebound of 15% from the lows it crashed to last week, the flagship crypto looks vulnerable to another drawdown. According to the analysts, Bitcoin's recent rally has resulted in the formation of a "saucer-top" pattern on an hourly BTC chart. A “head and shoulders” pattern has emerged within it, indicating a trend change from bullish to bearish. The pattern has been activated after BTC dropped back under the neckline of the formation. To avoid the risk of a further downfall, BTC needs to rise above the $30,800 level.

At the moment, Bitcoin is trading at $29,840, per CoinMarketCap.

Related
Bitcoin Shows Signs of Bottoming per These Two Metrics

Yesterday, Poloniex, the top cryptocurrency exchange, announced the listing of a new Shiba Inu trading pair: SHIB/USDD. From now on, its users can trade the canine coin against Tron's native stablecoin. Back in April 2021, Poloniex became one the of the first exchanges to list the Shiba Inu pair with Tether. It also went ahead and listed SHIB/USDC in November. In the meantime, Shiba Inu returned among the top 10 most purchased tokens by the 500 biggest ETH whales, with "BlueWhale0073" acquiring 110,654,459,259 SHIB worth $1,313,468 in fiat equivalent.

According to the official announcement, Dolce & Gabbana and Polygon-based Metaverse fashion company UNXD are collaborating with Chainlink for the upcoming DGFamily Glass Box reveal. The reveal leverages verifiable randomness from the Chainlink Verifiable Random Function (VRF) to ensure that the procedure is demonstrably fair. The Chainlink VRF will be used by UNXD to power the DGFamily Glass Box Reveal, which determines if a collector possesses a Black, Gold or Platinum Box. UNXD says it will cover the LINK tokens needed to operate this reveal for each DGFamily Box as part of its ambition to stay on-chain and be as Web3-native as possible.