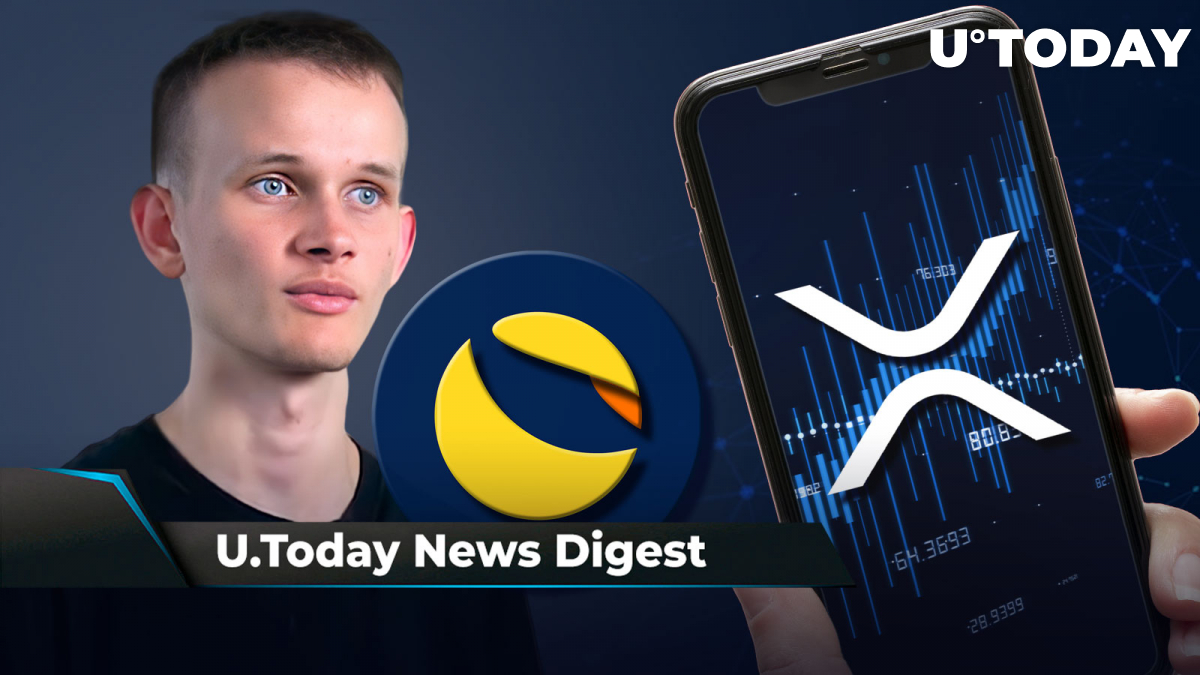 Let’s see what the beginning of a new month brought in terms of crypto news with U.Today’s top four news stories over the past weekend.

According to Shiba Inu’s official announcement on Twitter, users from all over the world will be able to download Shiba Eternity collectible card game starting from Oct. 6. The so-called "Download Day" was originally supposed to take place on Oct. 1, but it was postponed until later on. Previously, lead developer Shytoshi Kusama stated that 5% of all profits from the game would be allocated to future SHIB token burns. If Shiba Eternity manages to reach revenues similar to its competitor, Hearthstone, one of the most popular digital collectible games, the 5% figure could be enough to substantially reduce the supply of the token. The SHIB price has not significantly reacted to the news on the day of the announcement, going up only 1.04%. At the moment, the meme token is trading at $0.00001111.

Ethereum co-founder Vitalik Buterin has recently shared his thoughts on Terra Luna in a recent interview with New York Times columnist Ezra Klein. In Buterin’s opinion, the project’s team attempted to manipulate the market in order to maintain the value of the native cryptocurrency. The Canadian programmer stated that no one actually knows what the Terra team was doing with its vast Bitcoin reserves. According to Buterin, the Terra crash demonstrates that decentralization does not solve everything. The algorithm is still going to break when it is poorly executed, even if it is open and transparent. As reported by U.Today, Luna Classic and Luna 2.0 recently rallied this September despite Terra founder Do Kwon being reportedly on the run.

The main hero of “The Big Short” movie, Michael Burry, has taken to Twitter to share the main difference between today’s crisis and what markets went through back in 2000. Burry believes that the difference lies in the passive investing bubble “that inflated steadily over the last decade.” The idea of passive investments was pushed by various influencers and broker sales managers, with some investing platforms offering a stable income with almost no participation in actual trading. As a result, this unhealthy type of advertisement led to the appearance of bubbles on both financial and crypto markets. Burry also suggests that "all theaters are overcrowded" today, and the only way off of the sinking ship is by trampling each other. According to the analyst, the crisis in the financial market is far from over, and the performance of most financial assets confirms it.

According to CoinMarketCap data, the market saw XRP trading volume suddenly spike by more than 500%. However, there was no significant change in the price of the token, which prompted many traders to speculate. High trading volumes are generally caused by greater volatility as traders buy and sell large quantities to capture profits. As previously reported by U.Today, on Sept. 29, XRP surged 20% after Ripple scored a major win in the lawsuit against the SEC. Another possible reason for the rise in XRP’s trading volumes may have been investors wanting to buy XRP at its current lows. Traders have probably been scurrying to take advantage of the opportunities presented by the recent XRP volatility.