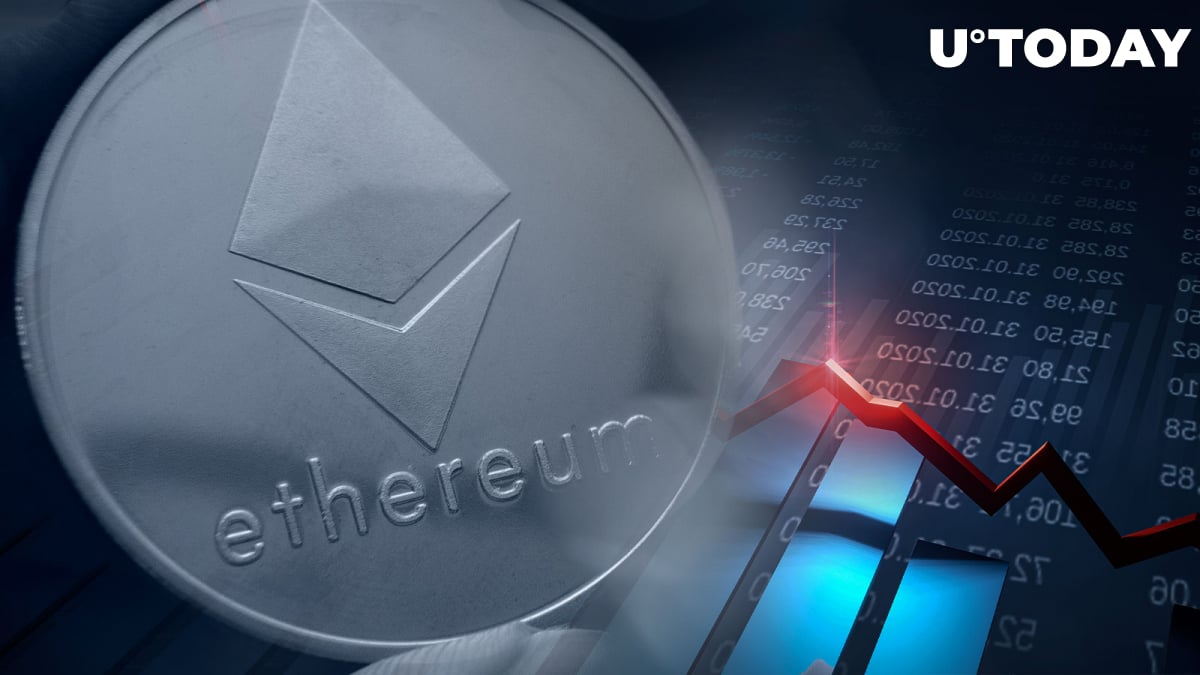 Ethereum, the second-largest cryptocurrency, extended its slide over the weekend, dropping to an intraday low of $1,523 on Saturday on the Binance exchange.

The Bitcoin competitor reached its lowest level since July 27, erasing its earlier gains.

The popular cryptocurrency is still down nearly 50% from its peak price of $1,606.

Ethereum is struggling to recover after logging a double-digit loss on Friday, which has dampened the cryptocurrency’s bullish momentum.

As reported by U.Today, Ethereum is expected to switch to the proof-of-stake consensus mechanism in less than a month from now.

Some of the leading voices within the cryptocurrency community seem to be unfazed by the recent slump. On Friday, former BitMEX CEO Arthur Hayes said it might be “time for shopping.” The former Deutsche Bank trader opined that the recent sell-off didn’t invalidate the core tenants of his bullish thesis that revolves around the merge upgrade. Prior to that, he predicted that Ethereum may kiss $5,000 following the upgrade.

Related
New SHIB Burn Portal Detected, While 105 Million SHIB Gets Removed
It remains to be seen whether there will be another wave of investor enthusiasts on the cusp of the upgrade. As reported by U.Today, Ethereum developers recently confirmed that the merge upgrade would take place on Sept. 15.

As reported by U.Today, JPMorgan analysts concluded that the merge upgrade was the main driver behind the recent cryptocurrency market recovery.
#Ethereum Price Prediction