Tron’s Number of Nodes Hits Maximum After Rising to 1,357 in Just a Few Days

Yuri Molchan
The amount of Tron’s online nodes is rapidly increasing with nearly 1,500 ones at press time 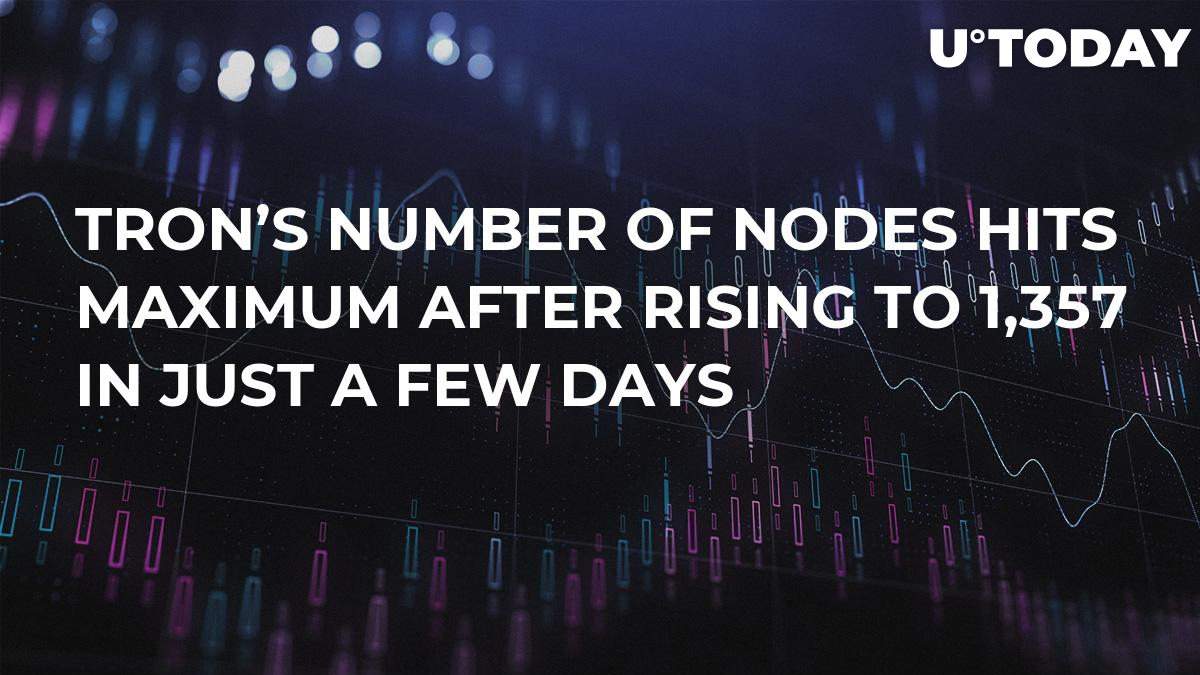 As Binance exchange suffered a major hack the other day, losing 7,000 BTC or $40 mln, the crypto community was shocked – Binance has always been resistant to security breach attacks.

The crypto market responded by throwing currencies in the red. All except Tron.

Changpeng Zhao (CZ) has always tweeted that funds are SAFU. So it was this time – the lost 7,000 BTC would be compensated to the users from the platform’s SAFU fund.

Still, Justin Sun, an all-time companion of CZ in various projects, such as charity or BitTorrent launch on Binance Launchpad, has offered to deposit 7,000 BTC in Tether to Binance to support the exchange and buy various currencies.

The crypto community took this as a support gesture and a way to raise confidence in the crypto market. However, CZ thanked and refused, saying that Binance still has enough funds to compensate.

Tron has now announced another achievement, though – a rise in Tron online nodes. The news came from Misha Lederman, a major Tron supporter.

#TRON's node count is increasing to its highest levels in many months:
1357 nodes online

Given that only a few days ago the TRON node count was around 1,100, this uptick is notable & provides the #TRX blockchain increased stability & growing global reach#IAmDecentralized$TRX pic.twitter.com/V3o1i7PQiI

Also, as of late, Tron has been growing at a high pace with its block height hitting 9 million blocks.