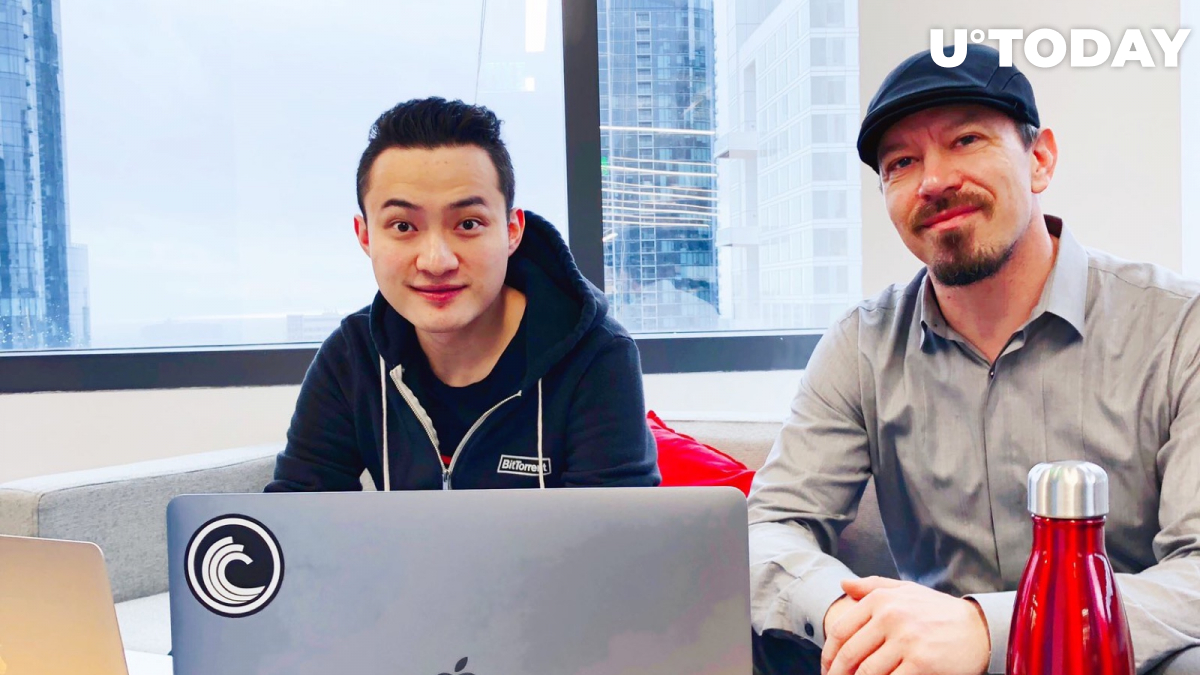 On Tuesday, April 23, the founder of the Tron Foundation wrote on Twitter that Tron has received an official invitation from Liverpool Football Club (LFC) regarding an official partnership.

Justin Sun has again made the community feel intrigued.

To his announcement on Twitter, Justin Sun has attached a promo video by LFC where the logos of the two future partners are shown together.

Thank you for the unique and innovative invitation, Liverpool! I am impressed and I'm looking forward to exploring this #TRON new partnership together! @LFC #TRX $TRX #BTT $BTT ?? pic.twitter.com/7RhFw7QVbX

This could mean anything, but Justin Sun has refused to provide any details so far, promising to do that later on.

As per Sun, the invitation to make a partnership was initiated by the football club, not Tron. Still, he sounds enthusiastic and, judging by the comment thread, seems to make the Tron community feel the same.

Many are left bewildered by what is going to happen between these two giants of such different global industries. 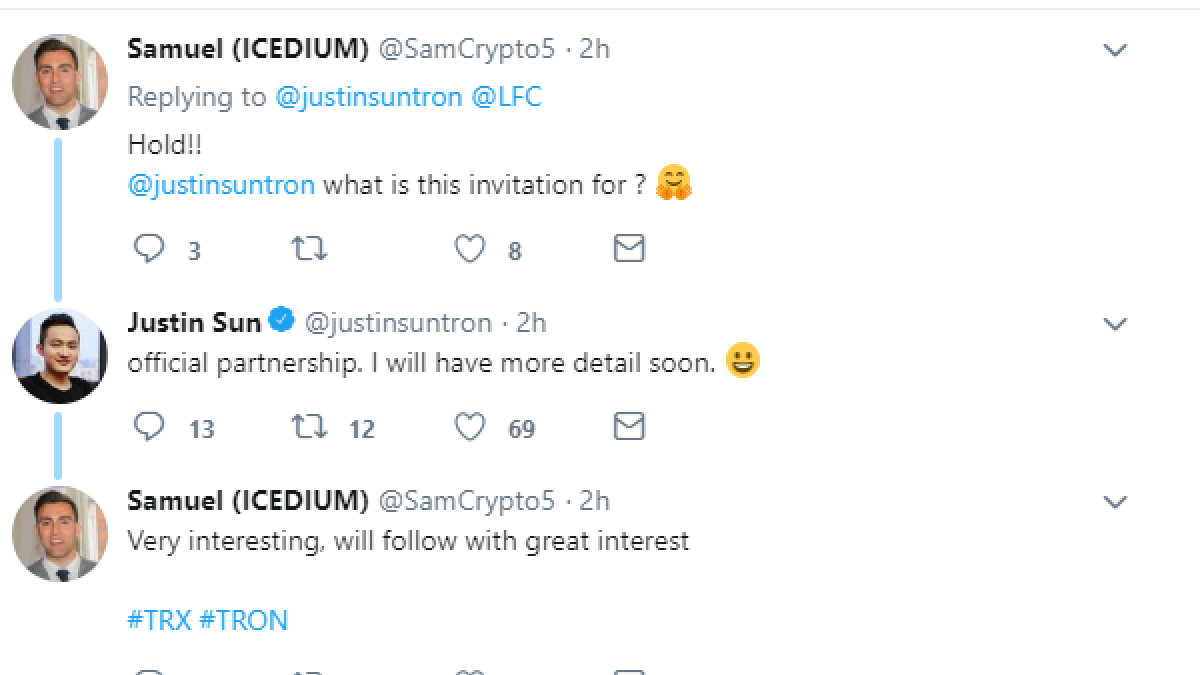 A prominent Tron supporter, Misha Lederman, has assumed that the multi hundred million audience of LFC could be a great addition to the current user base of BitTorrent and Tron. 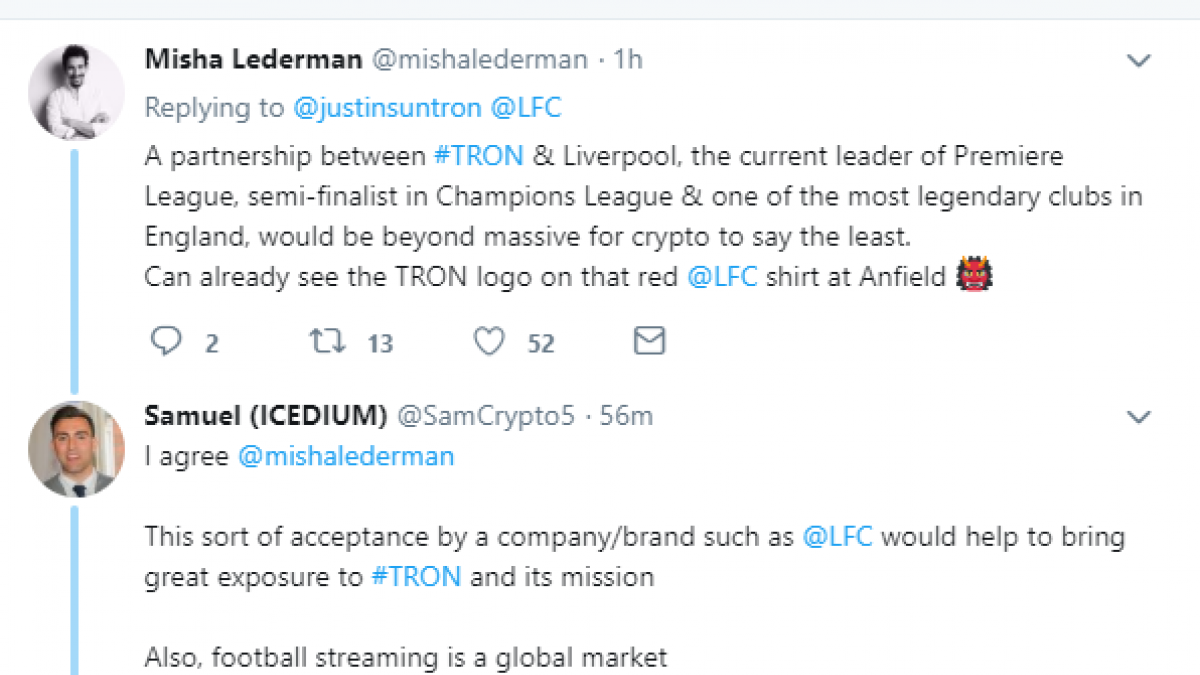 Tron community tries to find out the nuances

Justin Sun got snowed under with questions, the main theme of which was ‘is that really true?!’

Many expressed their doubts, though, or started to make proposals of partnering with Tron as well.

Related
‘I'll Wait’: John McAfee Backpedals on His Plan to Expose the Identity of Satoshi Nakamoto

Crypto and the global football industry

Last time the global community of crypto enthusiasts had an excuse to get connected with football was the global championship that took place in Russia last year.

Back then, many hotels and hostels in Moscow, St. Petersburg and other major cities accepted Bitcoin and other cryptocurrencies for room booking and other services. Crypto was accepted in numerous pubs and even taxi drivers took it from foreign customers.