Alex Dovbnya
Binance gets support from one of the biggest cybersecurity firms in the world. Will Kaspersky Lab follow suit? 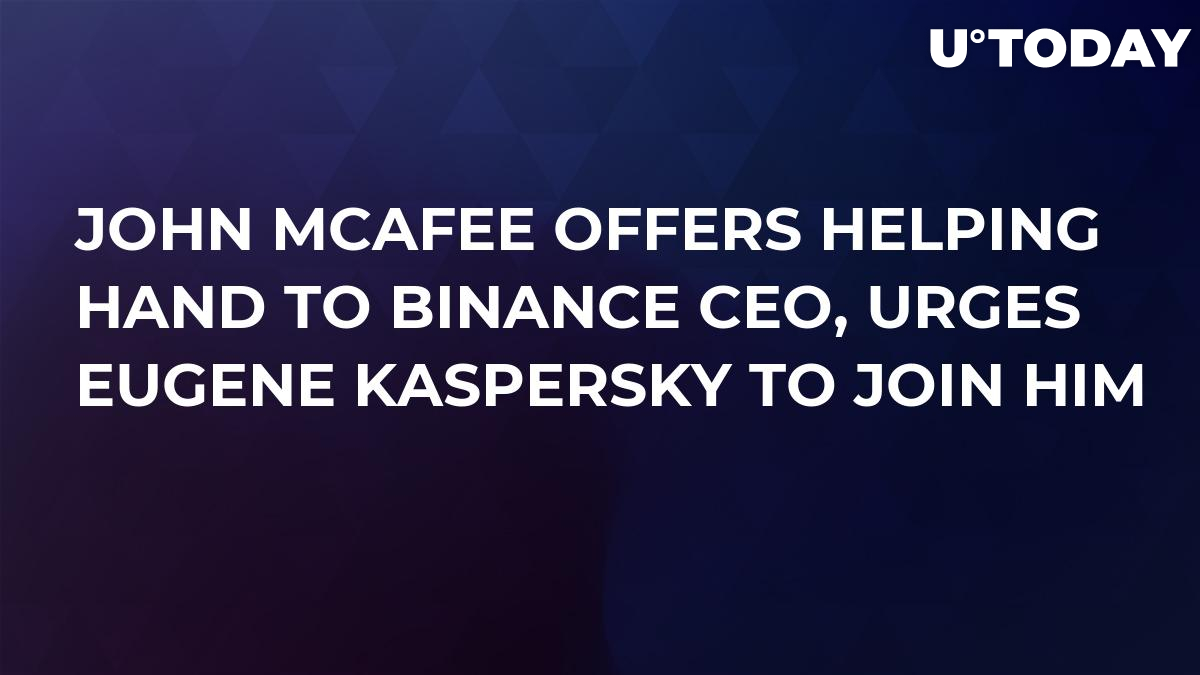 John McAfee, the notorious founder of the eponymous antivirus company and who also happens to be a prescient Bitcoin bull, is on the hunt for wizards. No, it’s not related to any psychedelic drug trips – he’s simply trying to help the embattled Binance exchange finds those who are responsible for its recent $41 mln hack.

.@cz_binance - if I can help at all please let me know. Underneath my clown suit is still one of the most experienced cybersecurity experts on the planet. I've been doing it for 51 years. I am at your service.

As reported by U.Today, Binance, the number one crypto exchange by trading volume, lost a staggering $41 mln after a major security breach. The bad actors who were responsible for today’s turmoil used every trick in the book (from phishing to viruses) in order to successfully steal the funds from Binance’s users.

According to McAfee, hackers are ‘the dark wizards of our age,’ so he wants to fight them with the ‘wizards of the people.’ To achieve this feat, the crypto baron wants to beef up his cybersecurity team with his own long-term rival – Eugene Kaspersky, the CEO of Kaspersky Lab. The Russian billionaire recently called cryptocurrencies ‘a great idea,’ but he also noted that the world is not ready for them.

While the industry is maturing, crypto crime is as rampant as ever. Crypto intelligence firm CipherTrace earlier revealed that $1.2 bln has been stolen from the exchange. That sum doesn’t account for the latest Binance hack, which once again proved that even such big-fish companies are not safe from ‘dark wizards.’