Alex Dovbnya
📊👀$4,000 is a crucial point not just for Bitcoin but the whole cryptocurrency market 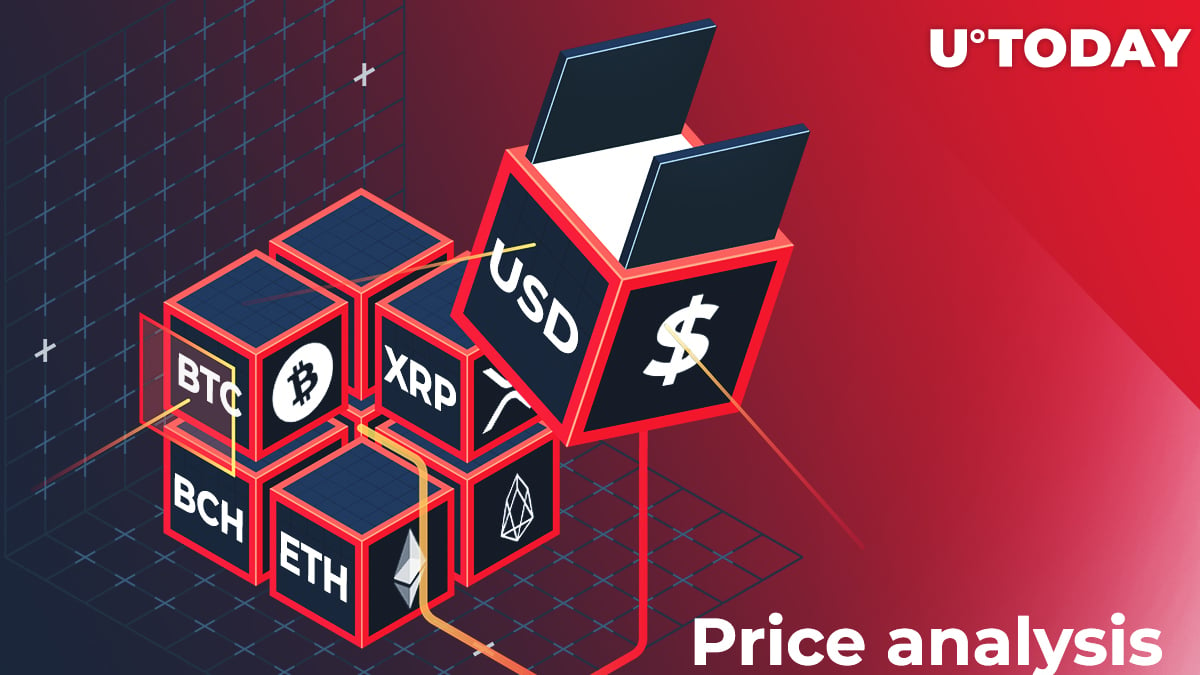 However, some technical analysts say that they will still be optimistic about the medium-term prospects of the cryptocurrency market, even in the case when Bitcoin drops to $3,500. Bitcoin's share in the market fell to its lowest level in the last four months, to 50.3%. According to experts, this may be due to an increase in demand for altcoins.

The highs from the beginning of the year are very close, and consolidation at current values ​​may indicate that the market is still preparing for growth rather than decline.

At the moment, the market capitalization is at $142 billion. 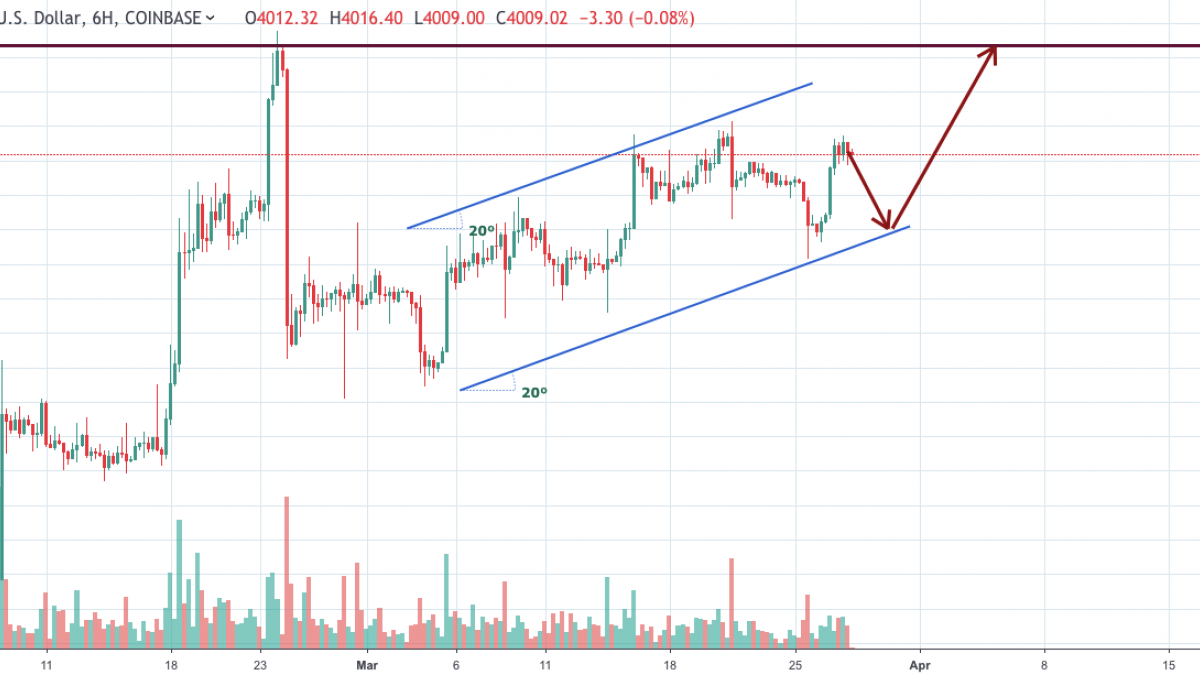 Yesterday, the indicators formed a signal to restore the BTC price, and the attempt to consolidate above 23.6% of the Fibo was successful. The purchase volumes were not the largest, but the pair managed to recover in a narrow corridor of $3,955 - $4,000.

But if the volumes are gradually reduced, the price of BTC will again unfold at the impenetrable psychological level of $4,000 and fall back to the support of 23.6% Fibo (3,929.80 USD) 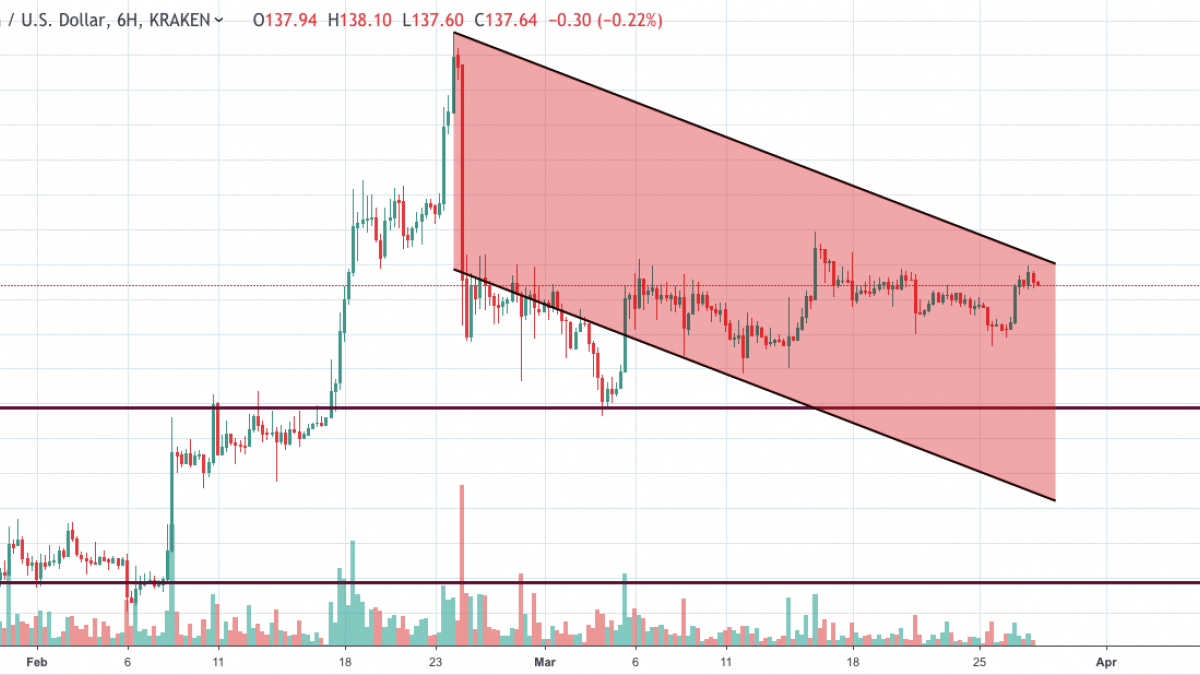 In ETH rate movements, everything is also completely unprincipled. There is a descending pattern within the framework of movements in a more global price corridor with $123- $145 borders. The fundamental analysis of the coin is moderately positive, but this does not reflect the price properly, so you can assume that meaningful actions require either a stronger internal driver or a significant re-evaluation of risks.

From a technical perspective, we opt to think that it is better to refrain from active trading until the price reaches the lower boundary of the trading range. 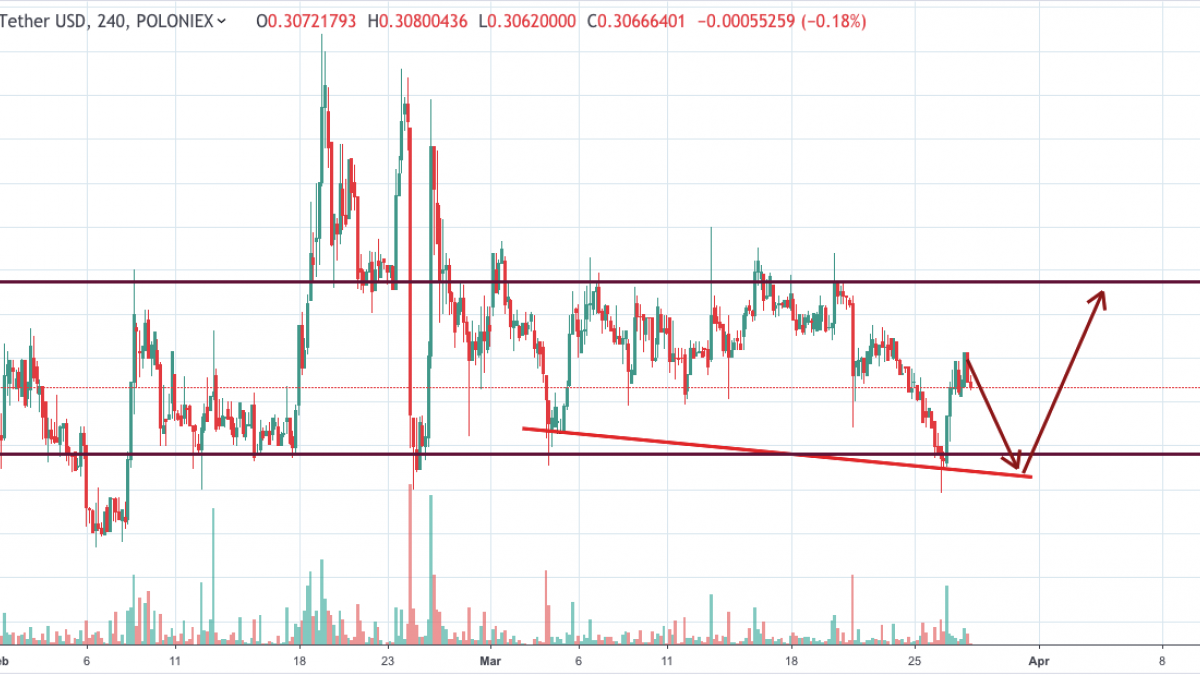 Ripple XRP/USD quotes are trading at $0.3102 and continue to move as part of strong growth. Cryptocurrency capitalization at the time of the publication is $142,547,076,578. Moving averages indicate a downward trend.

At the moment, we should expect an attempt of correction and test the support level near the area of
$0.2989. Further, the continuation of cryptocurrency growth is expected above the point of $0.3159. 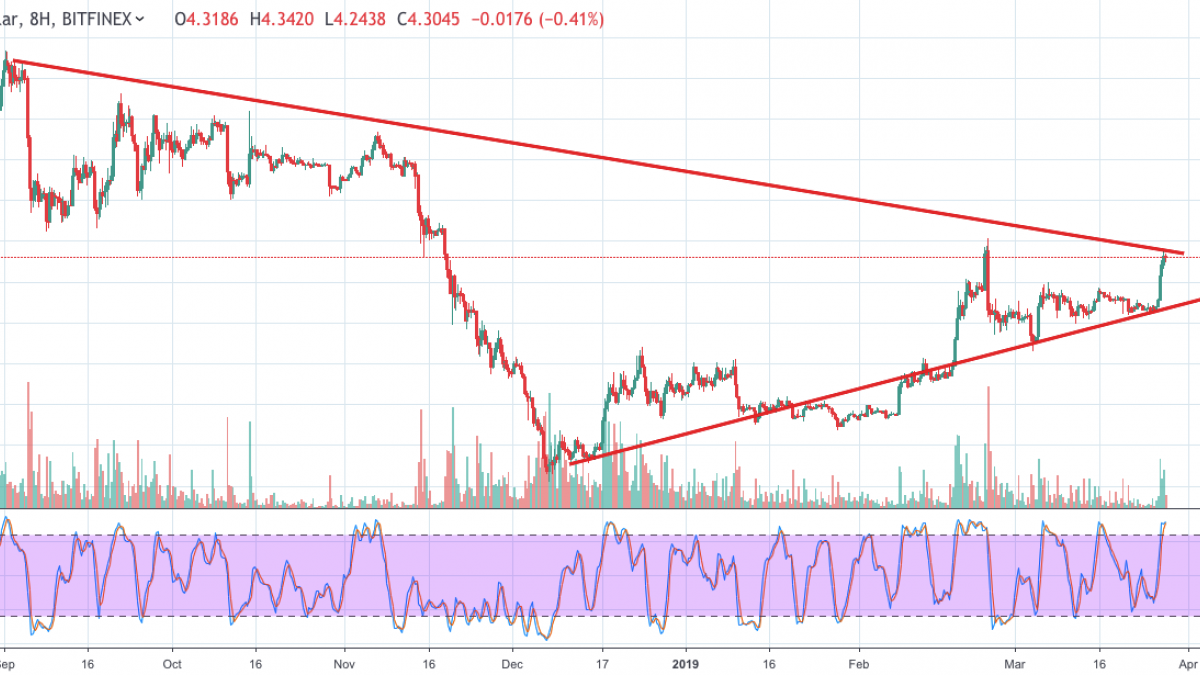 The breakdown of the upper boundary of the triangle was not unexpected, in spite of the fact that we thought the formation of the figure would continue for some time. The breakdown took place on the increased volumes and opened a chance for the creation of a long position.

The target for the current impulse is the level of $4.40, which was reached in February. In order to return and fix at this point, it is better to use a sliding stop-order, but from a technical point of view, it is possible to place it only below $3.8.

The price of EOS is trading at $4.29 at the time of the writing. 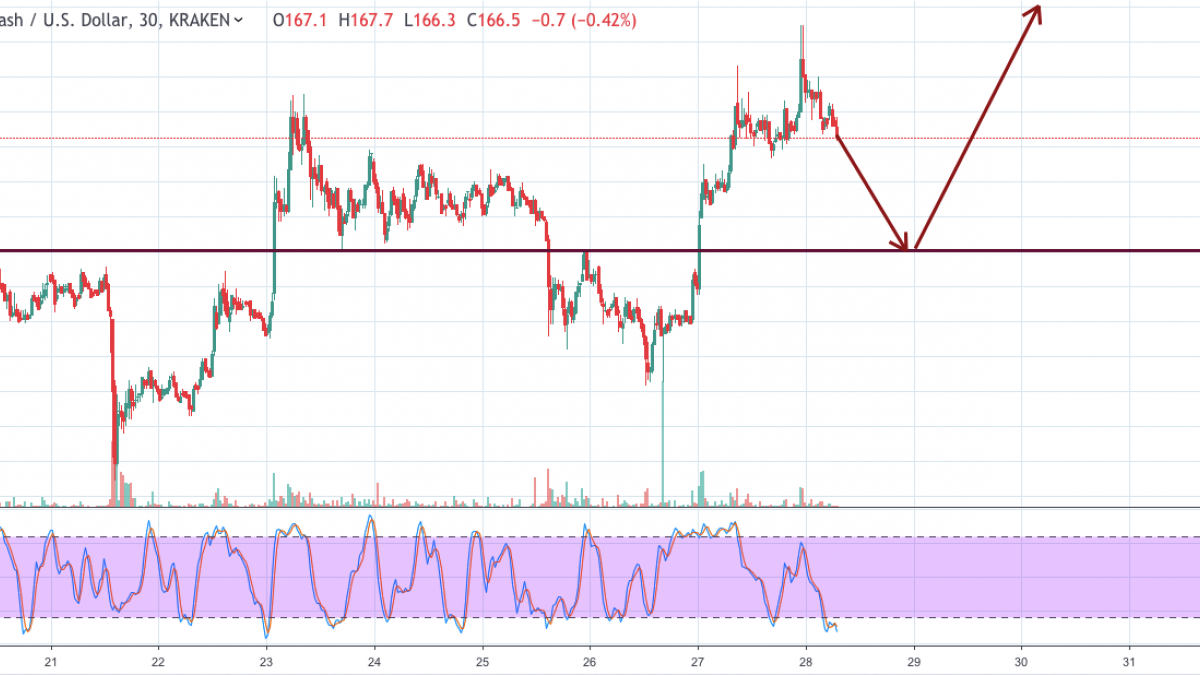 Bitcoin Cash BCH/USD quotes are traded at $166 and keep moving in the ascending channel. Cryptocurrency capitalization at the time of the publication of the forecast is $3,024,637,467. Sliding averages indicate the presence of an upward trend in Bitcoin Cash.

Currently, we should expect a decline and test the support level near the area of $160. After that, a rebound is supposed to occur, and Bitcoin Cash should grow with the aim above $180.