Alex Dovbnya
??XRP’s price has once again fallen through a level of resistance as the $0.30 mark is now in danger as the market turns bearish for Ripple 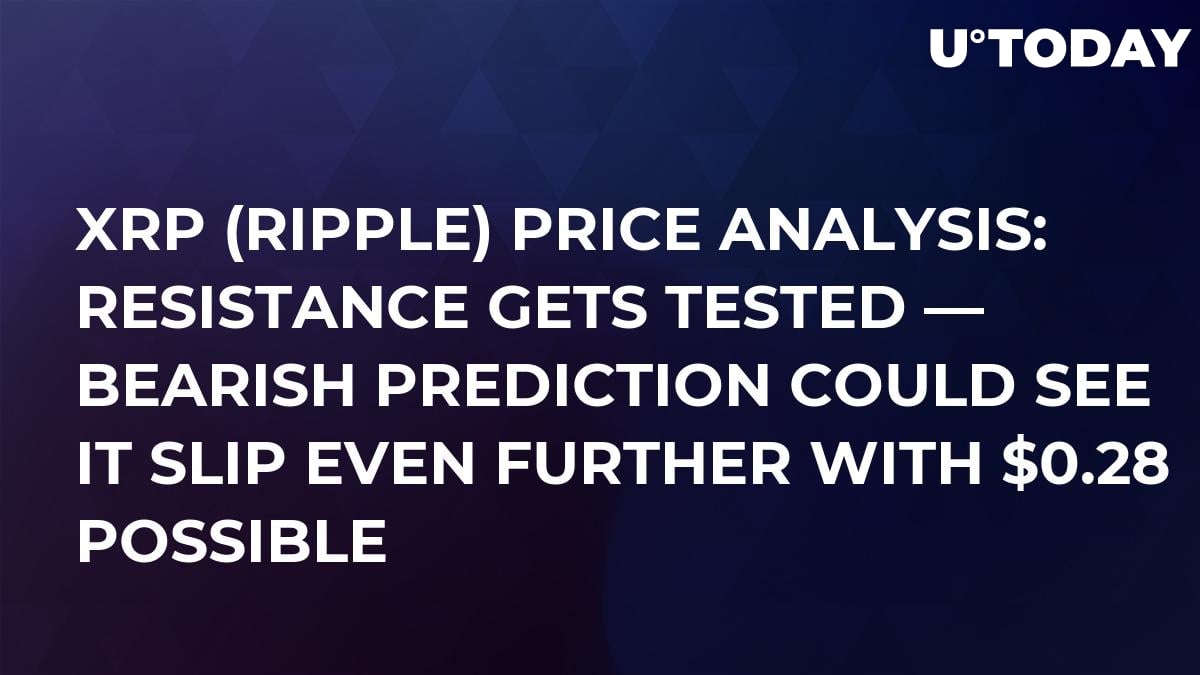 Despite much positive news surrounding XRP and Ripple, the cryptocurrency has struggled to break out of a price vacuum around $0.30 and $0.33, often testing different resistance points on the cent. The latest move from the cryptocurrency now sees it flirting with that low bottom of $0.30.

The cryptocurrency market has, in general, been very amenable to altcoins with the likes of Dash doubling their value since 2019 began. However, Ripple and its native token have not been doing so well on the general market.

In contrast to other altcoins, XRP began the year at $0.35 and has now lost five cents despite Ripple making advancements, suggesting that while the crypto spring may be in full bloom, XRP is actually still stuck in a bearish cycle.

XRP’s price has been in decline as it heads towards the $0.30 mark, even falling below it briefly on some exchanges. There was a strong decline in the price from the $0.3100 resistance. The price failed to hold the $0.3080 and $0.3060 support levels and entered a bearish zone.

There was a sharp decline below the $0.3040 support, and the price settled well below the 100 hourly Simple Moving Average. There seems to be pressure on the $0.30 mark, but as it holds currently, XRP could survive this bearish push. However, if it was to fall below that, $0.28 is a high possibility of being the next mark.

It is not all doom and gloom for XRP and Ripple in general as an investable asset – the advancement being done as a project should outweigh the small market pressure. There is only positive news emanating from Ripple as they push for bigger adoption, thus the project is in a good space even if the market is under pressure.

One could argue that the release of IBM and JP Morgan’s cross-border cryptocurrency projects are hurting the startup and its token, but that would be short-sighted as it would rather indicate that other companies are noting the need for what Ripple is doing.

While 2019 has continued to be bearish for XRP, and other tokens have actually profited, the long run should be better for Ripple as the market power alone could help it stay up and push past resistance barriers going back up again.