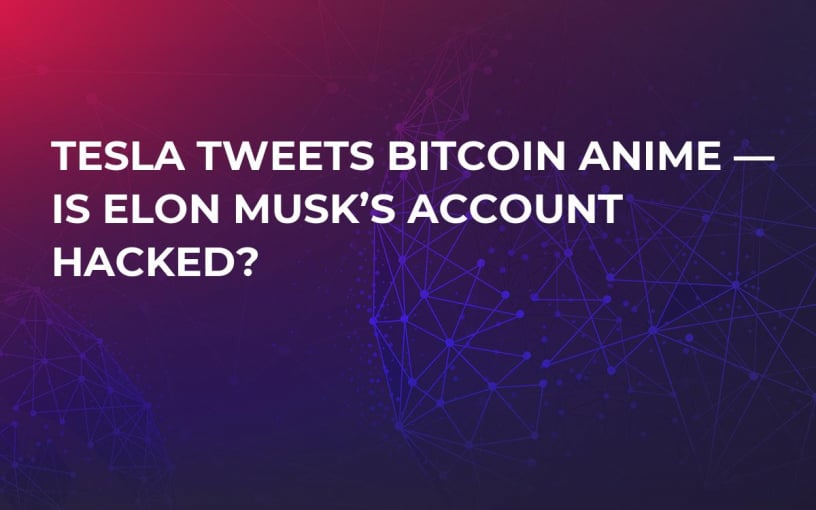 An anime character offering some Bitcoin to anyone. Twitter. Elon His Majesty Musk's account. The crypto community is having fun in the comments below, taking wild guesses as to what the heck this tweet could mean and sounding their own preferences for buying crypto.

When looking at the picture, the first thing that comes to one’s mind: is Elon Musk offering some Bitcoin to his friends?

At the end of 2017, news outlets reported a similar case when the Twitter account of John McAfee was compromised and the ill-wishers started advertising a ‘coin of the day’ from his name.

Tuur Demeester: Bitcoin (BTC) Halving is Not Priced In, Here's The Proof