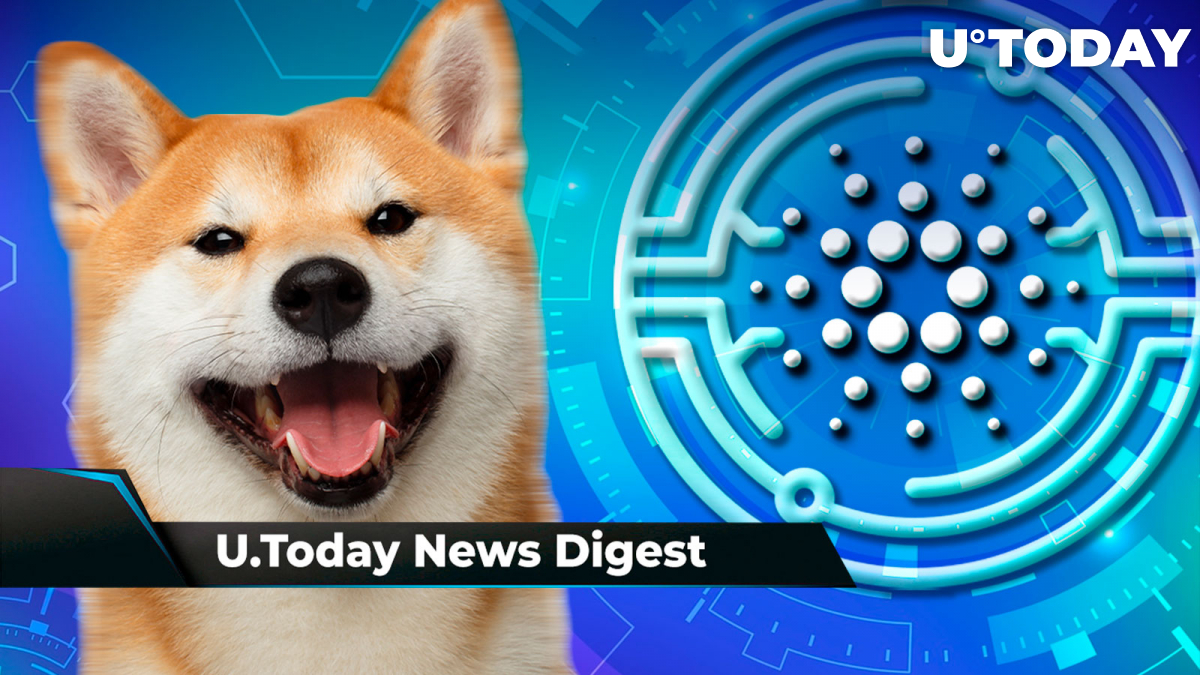 Shiba Inu's lead dev has something to say to SHIB community

Lead developer of Shiba Inu Shytoshi Kusama has teased the SHIB community with a mysterious tweet posted on his official account, saying that soon he will have “a LOT to say.” The post has left canine coin enthusiasts with lots of unanswered questions, but they were not given a chance to speculate on the news, since Kusama closed the comments section under the tweet in question. At the moment of publication, Shiba Inu’s lead developer has not yet posted any updates on his puzzling announcement. Meanwhile, the price of SHIB dropped an additional zero as its price recovered once again to support levels of $0.00001.

On Sunday, Input Output announced that Cardano’s Vasil hard fork has been launched on the blockchain’s testnet. According to the company, the event signified an “important next step” in the implementation of the much-anticipated upgrade. In the course of the next month, Vasil will be going through testing conducted by stake pool operators, developers and cryptocurrency exchanges. After that, the hard fork will be triggered on the blockchain’s mainnet. The Vasil upgrade is expected to significantly improve the blockchain’s performance capabilities by ensuring higher throughput and enabling interoperability.

Crypto investors in Singapore may soon be restricted from leverage trading

According to Tharman Shanmugaratnam, the senior minister and head of the Monetary Authority of Singapore, the MAS could put restrictions on individuals' participation in the crypto market, as well as implement rules related to margin trading. He added that Singapore has consistently pursued a strategy of restricting individuals' access to cryptocurrency transactions over the past five years, prohibiting the advertising of crypto services in public places, as well as the installation of crypto ATMs there. While all crypto companies in Singapore are required to abide by the January MAS guidelines, the regulator has the authority to apply additional rules under the Payment Service Act (PS Act) in order to protect customers and maintain the stability of the financial system.

In a recent tweet, Gerber Kawasaki Wealth CEO Ross Gerber commented on an article devoted to Peter Schiff and the tax problems he encountered in Puerto Rico. Gerber wrote that the gold bug has tried to talk him into moving to the Caribbean island for tax reasons. Ross Gerber ended his post with “and he still hasn’t figured out Bitcoin,” possibly implying that had the BTC antagonist embraced the flagship crypto, he could have avoided his current struggles. Per the article, the Puerto Rican bank regulator recently suspended the operations of Schiff’s Euro Pacific Bank as part of an investigation. Schiff’s bank was allegedly used for laundering funds and enabling tax evasion. The regulator has stated that the financial commentator’s bank has a “long history” of noncompliance.