Valeria Blokhina
Stay tuned for all of the top crypto events with U.Today’s news digest! 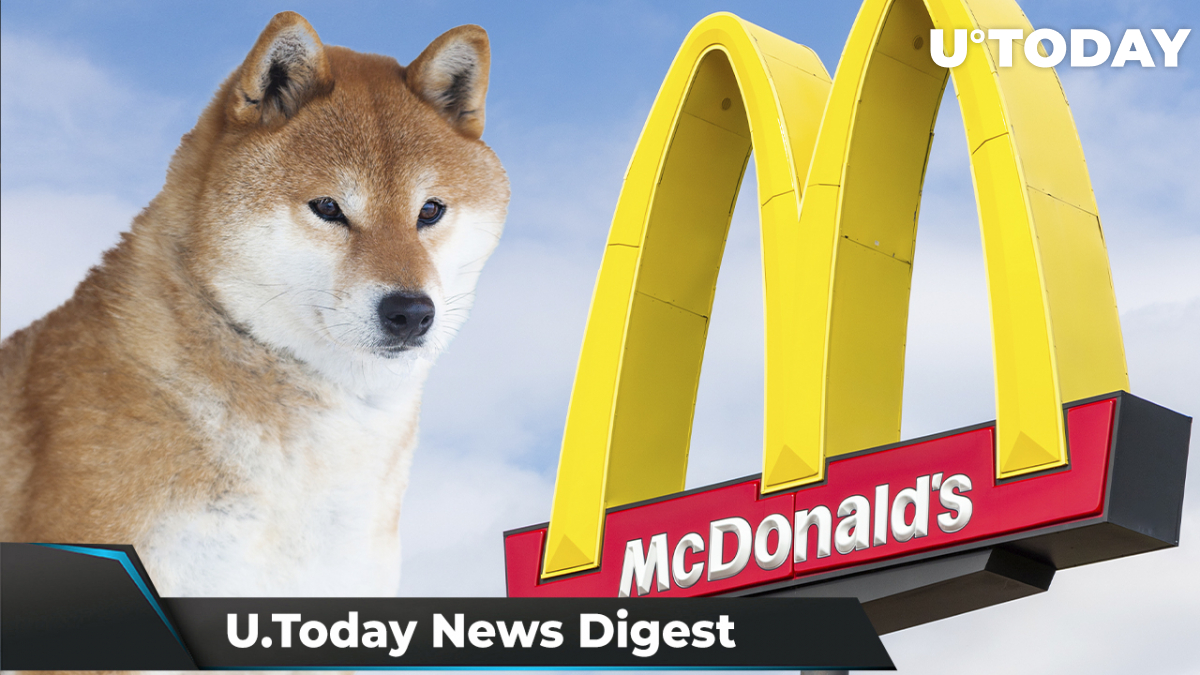 In a tweet posted two days ago, Shiba Inu developer Shytoshi Kusama mentioned that the idea he passed to the Inu Core Team might shake the crypto space if agreed upon. To intrigue the canine coin community even more, he did not reveal any details for now. Back in December, a moderator of the official Shiba Inu Discord channel also hinted at a big surprise in 2022.

While the Shiba Inu community is waiting for these promises to come true, the number of SHIB holders continues to grow. As per the latest WhaleStats data, the count of Shiba Inu holders reached a whopping 1,150,173.

How can a picture of Doge holding a French fry in his mouth agitate the entire Doge community? Here’s what happened: U.S. fast food giant McDonald's tweeted in response to Dogecoin founder Bill Markus with the drawing, to which Markus reacted urging DOGE holders to make this tweet one with “the highest engagement.” After that, McDonald's started drowning in endless requests to accept the meme coin. The company later replied that it will continue reevaluating its customers' payment experience.

During a recent Twitter discussion, Bigger Entertainment owner Steven Cooper mentioned that SHIB developers are working to build new mechanisms that would create more ways to burn SHIB. This tweet appeared in a thread in which Cooper encouraged the community to purchase tickets to the next burn party that will take place on Feb. 14. The funds will be used to buy Shiba Inu tokens, which will be burned on Valentine's Day.

Meanwhile, according to Twitter's @shibburn account, almost 110 million SHIB have been destroyed over the weekend, and the circulating supply continues to shrink.

According to the official announcement by IOHK, it has started the update proposal process that aims at increasing Plutus script memory units per transaction on the Cardano mainnet by 1.25 million. The initial change will take effect on Tuesday, Jan. 25. Apart from that, SundaeSwap, a DeFi exchange on Cardano and its ISO launched last evening, on Jan. 20, as a fully-functional beta decentralized exchange. Yield farming SUNDAE rewards also opened on Jan. 20, according to the dates outlined in a recent blog post.