Ripple Teams Up with Tipping Point Community Against Poverty, Gives Away $1 Mln for Charity

Yuri Molchan
❇️?Ripple decides to stand up to poverty in the Bay Area and partners with non-commercial community Tipping Point to help local poor get basic things for living 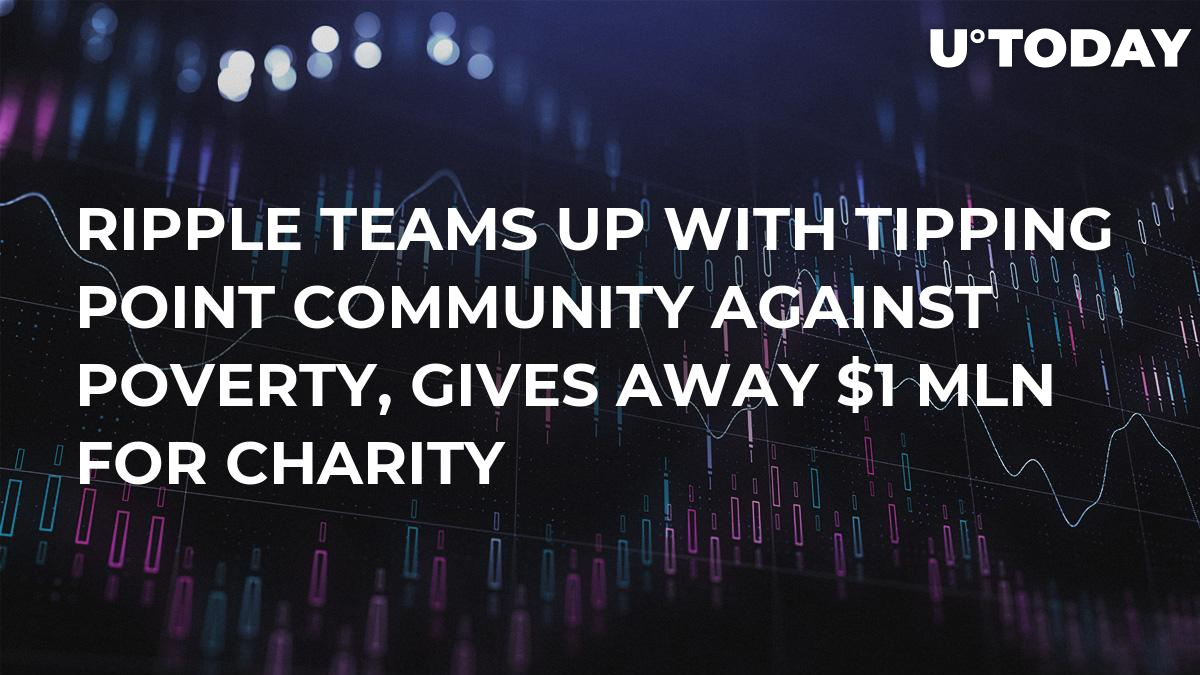 Ripple has announced that it has started cooperating with non-commercial organization Tipping Point to help low income households in the San Francisco Bay Area meet their very basic needs and also help them improve their economic mobility.

In their blog, Ripple reports that over 75 percent of the world’s population are living in poverty and are unbanked, which means they do not have access to bank loans, credit cards or cannot even afford to make savings.

The Ripple company intends to make a donation of $1 mln to Tipping Point, so it can use this money for lowering the poverty level in the Bay Area and come up with methods of making this territory more financially stable.

This is not the first time Ripple has been doing charity. A year ago, the crypto company started their ‘Ripple for Good’ program that was meant to support education and financial inclusion of populations around the world. As part of this program, and on previous charity occasions too, Ripple back then donated around $100 mln all in all.

Numerous charity entities were sponsored by Ripple to perform that task.

Related
QuadrigaCX Co-Founder Would Trade Millions of Dollars on BitMEX. He Also Served Time in US Prison

Media reports have it that Tipping Point is already busy working on helping the poor in the Bay Area. The organization has managed to raise over $250 mln. This money will be spent on various purposes, including employment, education, housing, etc – all are the basic needs of people here.

Ripple’s staff is also eager to support charity organizations with their own funds. Ripple supports their initiative on the dollar-to-dollar principle.

In the case of Tipping Point, Ripple will match each dollar donated by its employees with two dollars in corporate donations.