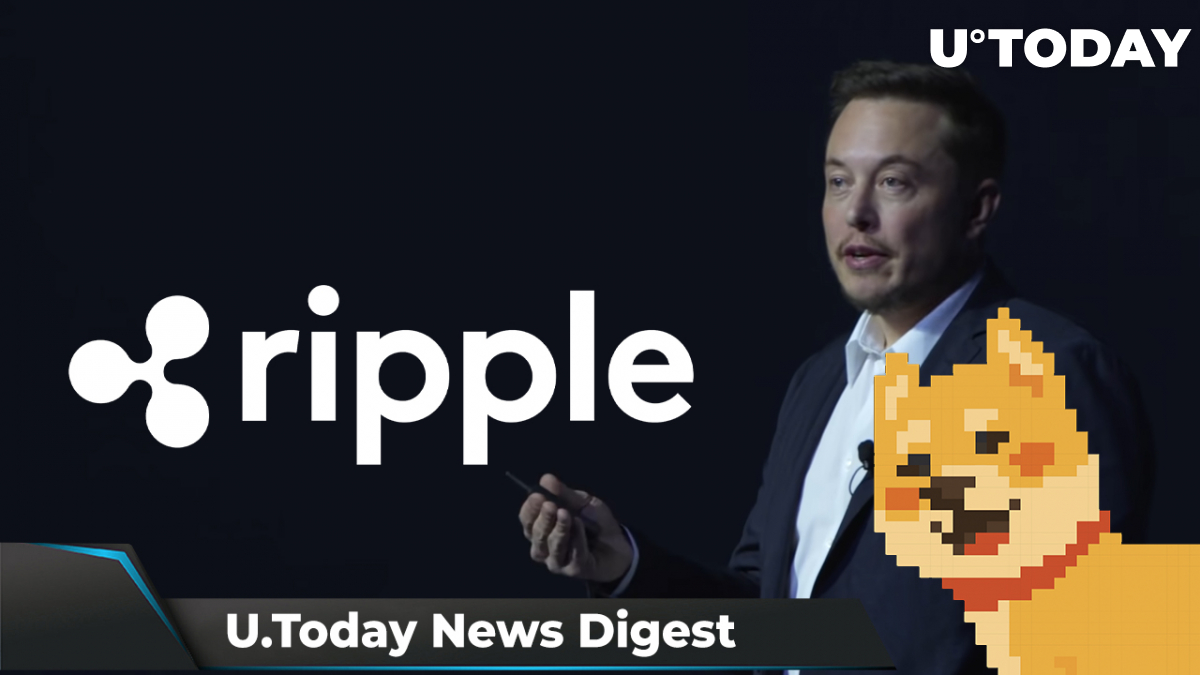 These top four news stories by U.Today will help you stay updated on crypto events over the past weekend.

Tesla CEO Elon Musk would not be himself if he did not cause another fuss in the crypto community. On Saturday, the centibillionaire posted only one word, “top,” with an up arrow emoji, making SHIB and Dogecoin fans wonder whether he meant one of the meme coins going to the moon.

Last week, Tesla started pricing some of its products in Dogecoin, causing the price of the asset to surge more than 12%.

David Schwartz: Bitcoin ban would be “disastrous” for Ripple

In his Saturday thread, Castle Island Ventures' Nic Carter accused Ripple of actively trying to undermine the two largest cryptocurrencies, Bitcoin and Ethereum. David Schwartz, Ripple’s chief technology officer, rushed to respond to the allegation, claiming that the U.S. government banning Bitcoin would be “disastrous” for the company, as well as classifying Ethereum as an unregistered security.

Meanwhile, Ripple’s lawyers are continuously targeting both BTC and ETH after the infamous lawsuit filed by the SEC against the blockchain company.

WhaleStats data demonstrates that the number of BabyDoge holders is rapidly increasing, hitting a new record. At the moment, the current holder count constitutes a whopping 1,226,253. Despite SHIB having greater market capitalization value and wider adoption, its total number of holders exceeds that of BabyDoge, with 1,140,151 people owning the second-largest canine coin.