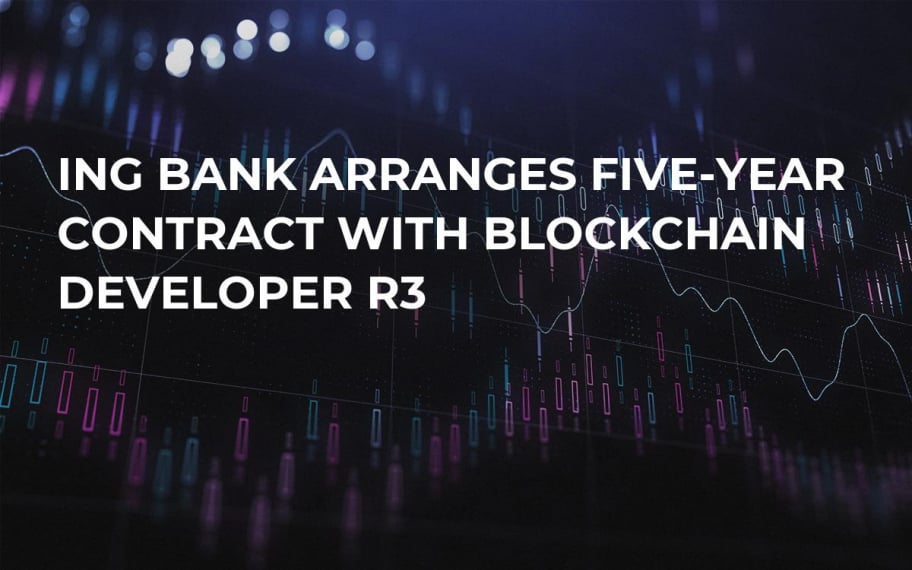 On Tuesday, Jan. 22, the Dutch financial giant ING Bank announced entering into a five-year collaboration with the DLT platform R3. The press release by R3 claims that this move will allow the banking heavyweight to obtain an unlimited amount of licenses for using R3’s commercial blockchain – Corda Enterprise.

The newly-signed agreement enables the Dutch financial giant to use Corda Enterprise across the world for powering its operations. Besides, R3 will also provide the bank with its CorDapps. Those are special sets of blockchain-powered tools that can be utilized in the sphere of insurance, finance, identification and capital markets.

ING reps said in an interview that their long collaboration with R3 has proven that the products of this blockchain producer are the best to respond to the current needs of customers in the financial service field. Now the two companies have made their partnership even stronger, with ING hoping to use this as a push towards the arrival of distributed economy.

The Dutch banking ‘monster’ has been working with R3 for quite a while already. In the fall three years ago, right after R3 started off, ING along with a few other institutional investors became members of the new DLT consortium.

Earlier in 2019, the ING bank was the first member of R3 that used the R3-made Corda platform to conduct a financial transaction through blockchain.

The operation was about shipping soybeans from Argentina to Malaysia. HSBC was also involved; the German bank had to send a letter of credit to ING. Back then, the HSBC letter stated that the transaction conducted by R3 had cut short a regular financial operation that usually requires around five or even ten days to complete. With R3 and its blockchain, everything was done within just one day.

The CEO of R3, David Rutter, also confirmed the fact of the long-lasting collaboration between the firms and mentioned that ING was one of the first banks to make a live trade on Project Voltron.

The bank was also among the first companies that conducted lending on securities on an open ledger via HQLAx. Rutter also mentioned that R3 is giving the ING bank the green light for an unlimited number of CorDapps to see how this ecosystem can make things for the bank’s business more efficient and profitable.