Yuri Molchan
Chinese mining heavyweight Bitmain intends to get rid of another foreign office, this time picking its branch in Amsterdam, as per an official statement 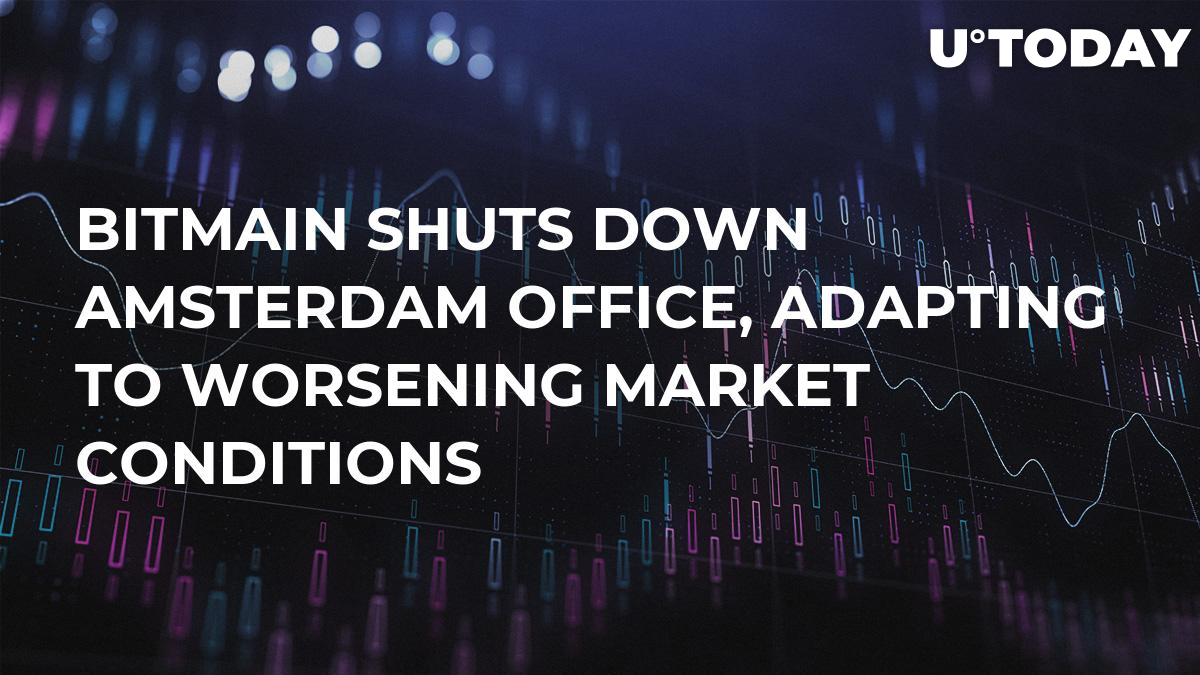 Bitmain’s reps have announced that as part of changing the company’s current business policy, a decision has been made to shut down its office in Amsterdam. So far, the branch in this Dutch city is operational, but the process of closing it down has already started.

Getting rid of Israeli and Amsterdam branches

The spokesperson of the company also stated that the closing down of the Amsterdam office and the recent fact of shutting the Israeli branch was caused by the desire to improve and strengthen the work of the company, optimizing it in order to best compete with peers under the current conditions in the crypto market.

The company has not yet announced or even decided on the time for closing the branch in Amsterdam or whether it is going to offer any of its staff to continue working in other branches. Presently, as per LinkedIn, nine employees are busy working for Bitmain there, seeing to the company’s major mining pool, BTC.com, operating properly.

Even despite the news, Bitmain reps say that they will continue seeking talented staff to hire in any part of the world, but the current decision regarding Amsterdam has to do with the company’s intention to put its focus on its best performance during the so-called ‘crypto winter’.

At the start of December, Bitmain decided to eliminate its office in Israel, firing more than 20 employees who were dealing with developing blockchain and working on artificial intelligence. As the cause for this, the mining giant named the deep fall of the cryptocurrency market back in 2018.

At the end of last week, Texas media reported that the company has stopped mining activity in Rockdale only a few months after Texas Public Radio announced that Bitmain would be setting up around 400 jobs there and investing $500 mln.

The Texas community was disappointed, judging by their reaction on social media.

Is Jihan Wu to be replaced?

Earlier, U.Today reported that Bitmain is cutting down staff in its major office in China as well, despite the fact that the mining producing giant has only recently aimed at an IPO. Staff cutbacks are being made, similarly to the Ethereum dev studio ConsenSys, headed by crypto billionaire Joe Lubin.

News reports have it that even the co-founder of Bitmain, the famous in crypto circles Jihan Wu, may be replaced, too.