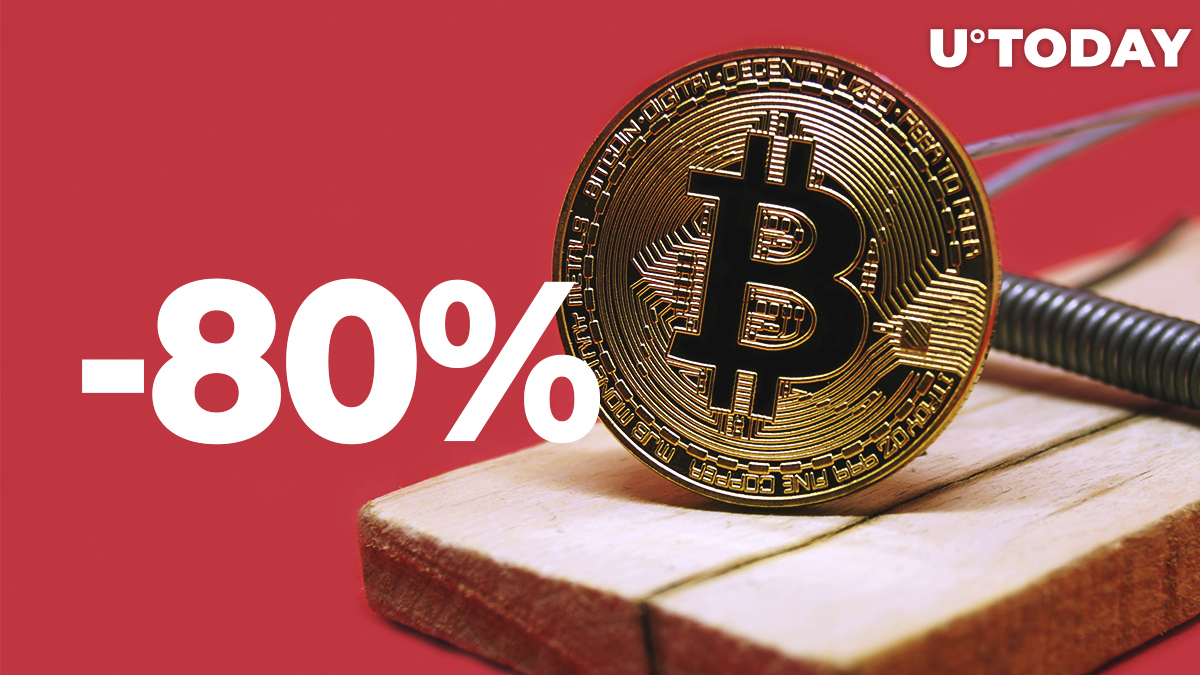 In his most recent tweet, commodity trading expert Peter Brandt shared a gloomy forecast for Bitcoin holders — if the parabolic advance is violated, BTC could witness an 80 percent correction. In such a case, the BTC price would tank to $4,500.

If current parabolic phase is violated, we could expect either an 80% correction of 7-month advance or much smaller correction w/ definition of new parabola w/ shallower slope. $BTC Note formation of possible 2-wk H&S or H&S failure pic.twitter.com/6IF1bHREAv

Brandt is a force to be reckoned with in the cryptocurrency community since he accurately predicted the crash in 2018 as well as Bitcoin’s parabolic rise in 2019. On Apr. 5, he tweeted that BTC was entering a new parabolic phase.

It is worth noting that the above-mentioned tweet rather presents a worst-case scenario than an actual prediction. While traders are leaning to the bearish side, Bitcoin is still holding up strong at $11,461 at press time.

During his recent interview, Brandt himself proved to be a Bitcoin bull who claimed that 30-40 percent pullbacks are healthy in the bull market. Hence, its local bottom should be $8,000.

This time, not only did Brandt share his price analysis, but he also addressed one of Bitcoin’s biggest problems — enormous volatility. He states that this flies in face of “cryptomaniacs” who are pushing the mass adoption narrative.

Cryptomaniacs have a serious problem with their mass adoption narrative
It's called volatility!
What fantasy world would adopt an asset as a store-of-value, transactional medium & measure of safety with such wild swings?

Numerous experts, including Galaxy Digital CEO Mike Novogratz, believe that Bitcoin will be able to serve as a store of value, thus rivaling gold. However, according to Brandt, the flagship cryptocurrency is not stable enough to achieve this feat.

As expected, Brandt’s tweet turned out to be quite controversial, and multiple users explained that there is not enough liquidity in the market to ensure price stability.

There is around $327 Billion in this new asset class. Volatility will take care of itself as more and more money comes into this space. Doesn't take an analyst to figure that one out.