Alex Dovbnya
Bitcoin vs. altcoins, Bitcoin vs. gold, Bitcoin vs. Facebook’s coin?? – billionaire investor Mike Novogratz weighs in on the hottest topics☝? in the crypto space 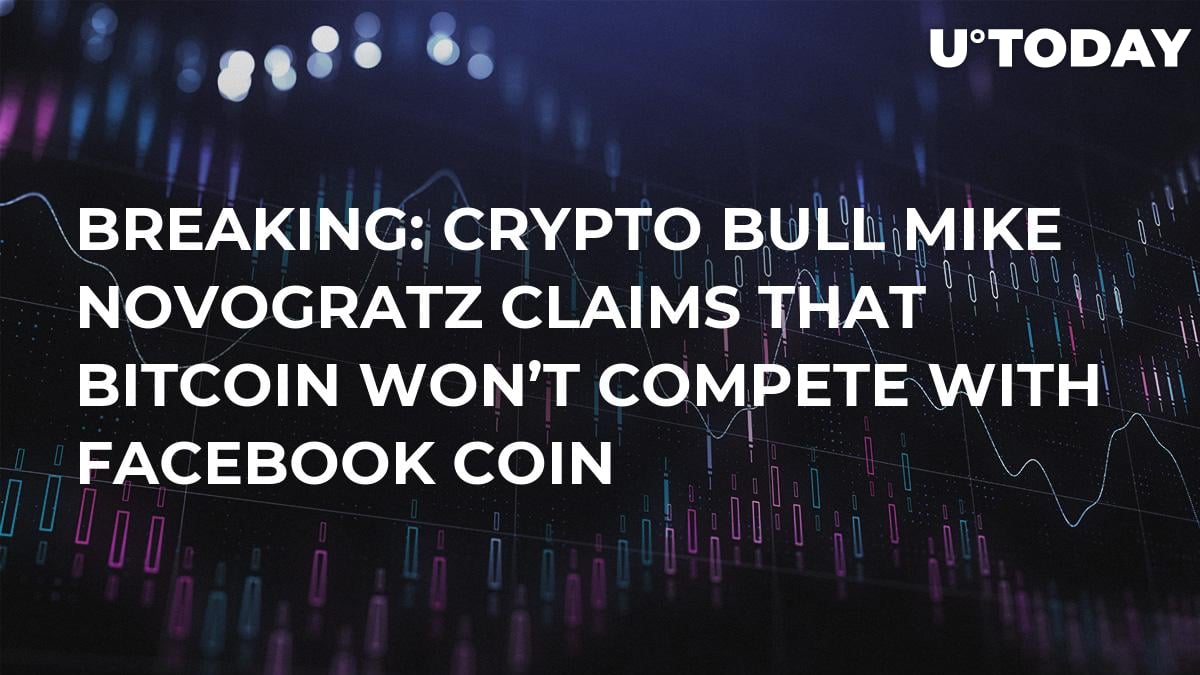 Galaxy Digital CEO Mike Novogratz recently made an appearance on CNBC’s ‘Squawk Box’, where he discussed the current state of the cryptocurrency industry. Novogratz explained why the crypto winter is finally thawing and why ‘Facebook Coin’ won’t rival Bitcoin.

More than your typical altcoin

As expected, the very first question was about the crypto winter. Novogratz does believe that the industry is getting back on its feet. He explains that the market became oversaturated with different versions of Bitcoin, but the difference is that the number one coin has now managed to establish itself as a store of value.

And now we are seeing Bitcoin really having established itself as a store of value. It won that lane. There is lot of other parts of the crypto universe, but Bitcoin has won the lane of store of value,” Novogratz told CNBC’s Andrew Ross Sorkin.

The Wall Street legend went on to explain that is hard to ‘worth something just because you worth something’, and it’s a unique thing that can only be attributed to Bitcoin and gold.

When asked who is currently buying BTC, Novogratz explained that institutions are moving in. Numerous examples include the Yale endowment, Stanford endowment, and Fidelity.

Facebook’s foray into crypto also inevitably became a topic of their discussion after it was revealed that the launch of its coin is already slated for Q1 2020. Novogratz states that it is ‘wildly important’ for the crypto ecosystem, and he is certain that Facebook won’t compete with Bitcoin since the latter is perceived as a store of value, not a payment coin.

Other coins that piqued Novogratz’s interest include Ethereum and EOS. These projects have to encourage developers to build on top of their platforms.