Yuri Molchan
🌟💱The famous old-school trader Peter Brandt comments on the current Bitcoin price correction as a mild one, which could mean that he expects BTC to resume surging⌛💶 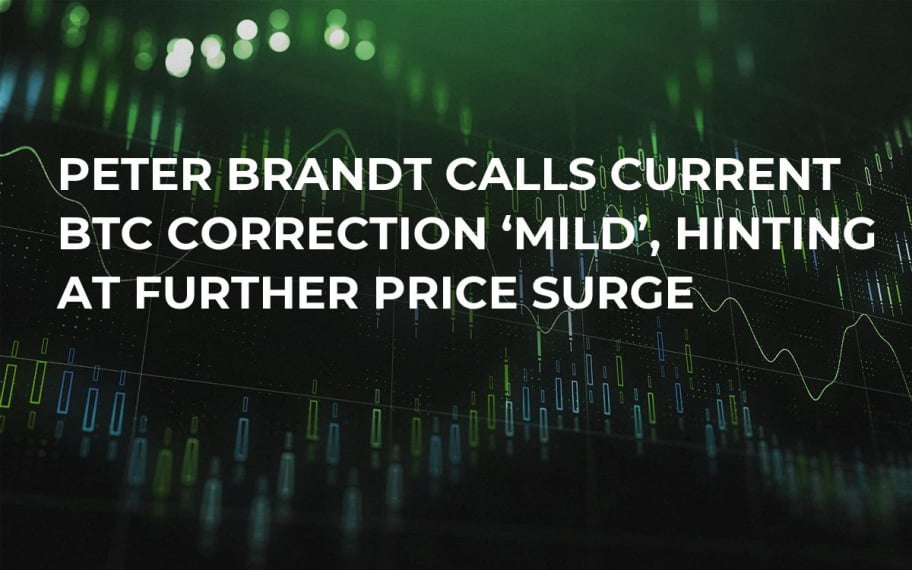 Peter Brandt’s tweets and forecasts regarding BTC are always welcome and watched out for by the community.

This time, in a recent tweet, he commented on the recent Bitcoin price correction, saying that compared to previous retracements this one proved to be rather mild.

The recent 30.5% correction in BTC is mild compared to the many corrections in the 2015-2017 parabolic advance. $BTC pic.twitter.com/L8eihNscav

Looking at a table with data of Bitcoin price retracements from 2015 to 2017, Peter Brandt pointed out that the BTC reverse in 2019 was much smaller than previously – in the past, sometimes BTC dropped over 40 percent, like in September 2017 or November 2015.

This time, the correction totalled around 30 percent. At press-time, Bitcoin is rising again, trading at $11,282 with an over 12-percent growth.

Two weeks ago, an analyst from CNBC’s show ‘Fast Money’ predicted that Bitcoin would be trading above $10,000.

He has got that right so far and now, analyzing the drops and rises of the Bitcoin price from 2017 to 2019, he states that the next target Bitcoin will reach would be $20,000.

Chart Master Carter Worth called for Bitcoin's rally above $10k two weeks ago. Here's where he sees it headed next. #bitcoin pic.twitter.com/srdViXrdjm