Alex Dovbnya
??Day by day, market capitalization is growing. Is that a trap for traders and investors or not? 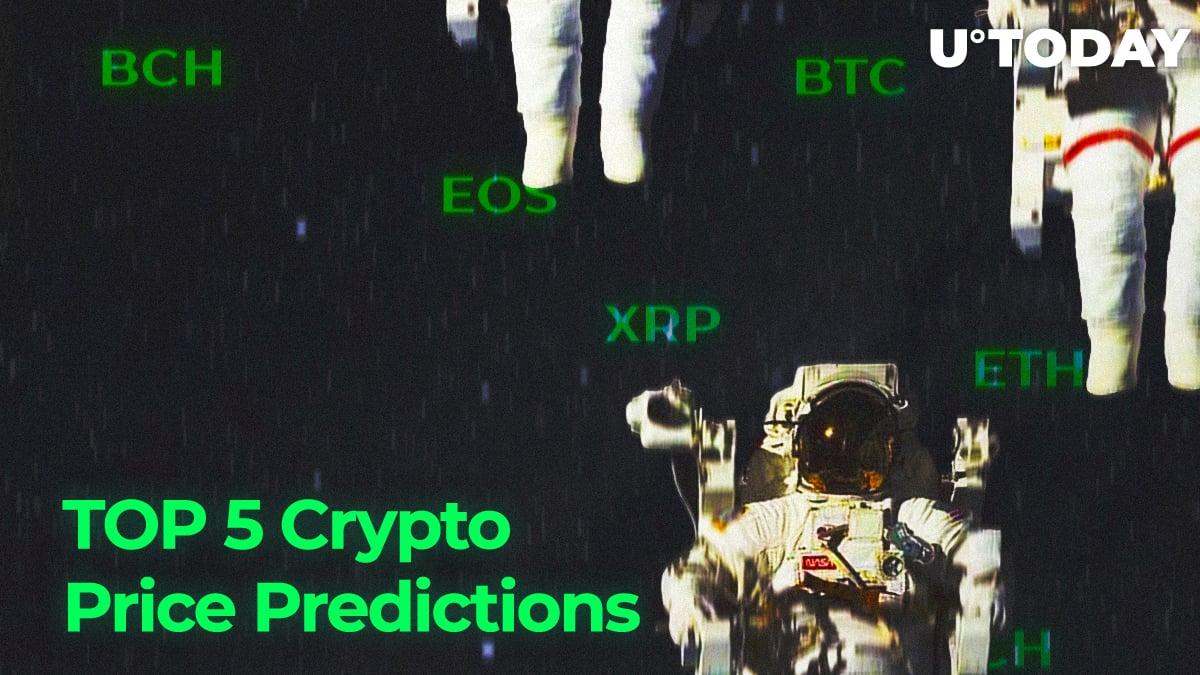 The cryptocurrency market capitalization slowly but surely keeps rising and is now already more than  $145 billion.

Stablecoins are keeping the lowest volatility. If it were not for the Ripple price jump on Bitstamp on March 26, then the coin could be assigned the title of a stable asset in March 2019. Its volatility remained at around 9% all month.

The price of Bitcoin for a long time was in the sideways in March. Only March 30 was the exception when the rate increased to $4,200. As a result, the volatility of the pair during the previous month did not exceed 13%.

Stellar Lumens was the fastest growing asset in March. Its price in the middle of March increased by almost 50% in relation to the minimum of 0.082 USD from March 4.

At the same time, the share of Bitcoin domination decreased to 50.1%. 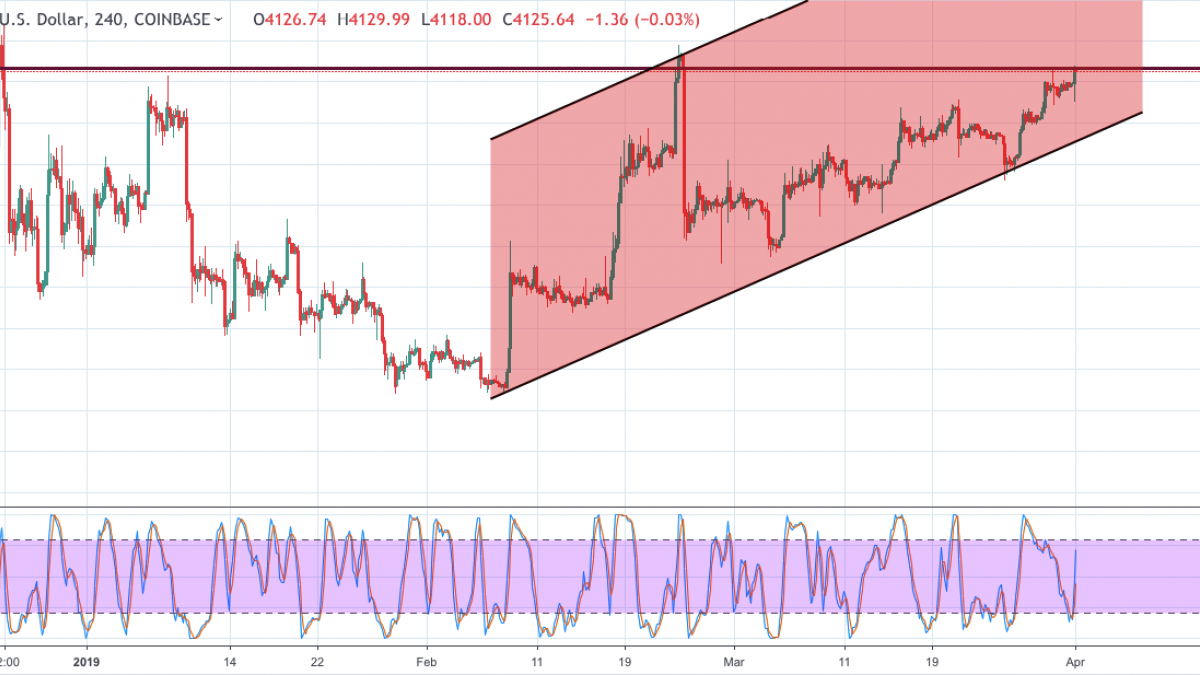 BTC’s price continues to consolidate in the side range. When the coin reached the level of 4,200 USD, the volume of buyers began to gradually decline.

Indicators show a continued rise, and if traders keep buying BTC, the pair is likely to reach $4,200 again. At this point, the Stochastic RSI will be out of the overbought area.

Earlier on Bitfinex, the price tested the level of 4,210 USD. However, it could not consolidate near the top of the maximum. 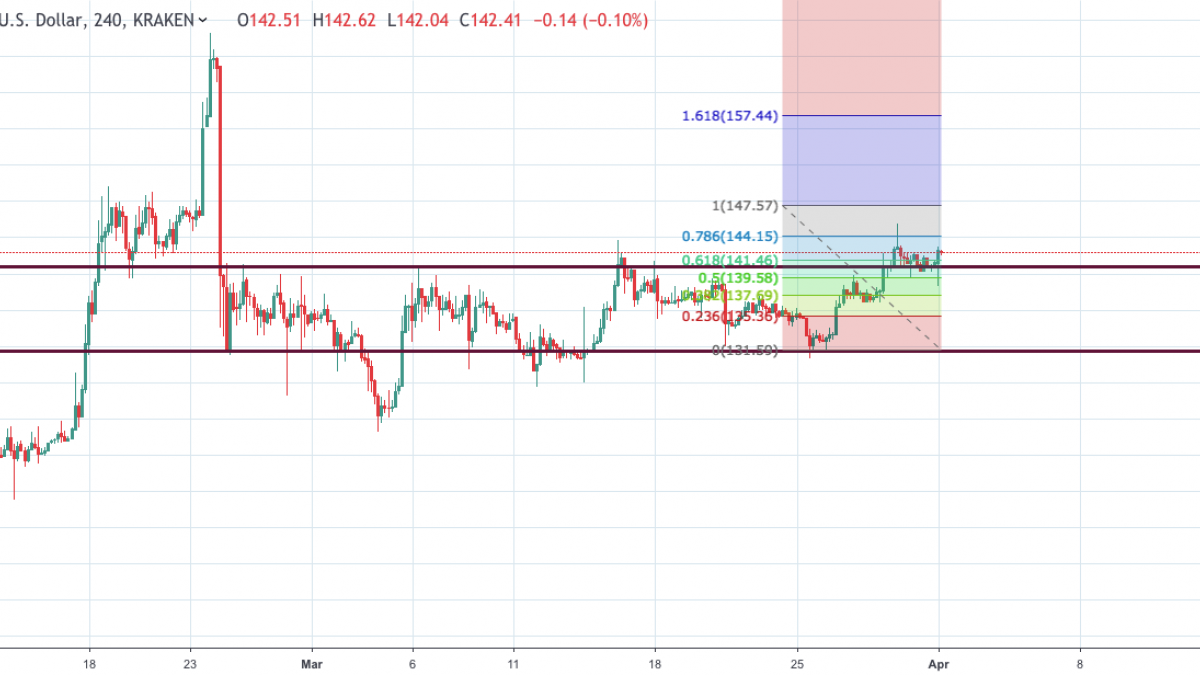 Ethereum has similar movement patterns to Bitcoin. The main cryptocurrency directly influences ETH’s rate when it goes down or up.

The coin is trading near $142 and the Fibonacci retracement level of 50% of the last wave from a minimum of $137 to a maximum of $145. However, the price has found strong consumer interest above the important support zone of ​​$139. Moreover, on the 4-hour ETH/USD chart is the main uptrend with support at 140 dollars.

A breakthrough above levels of $143 and $145 is necessary for further growth. The next crucial resistance is around $147, above which the price can test the resistance level of $150. 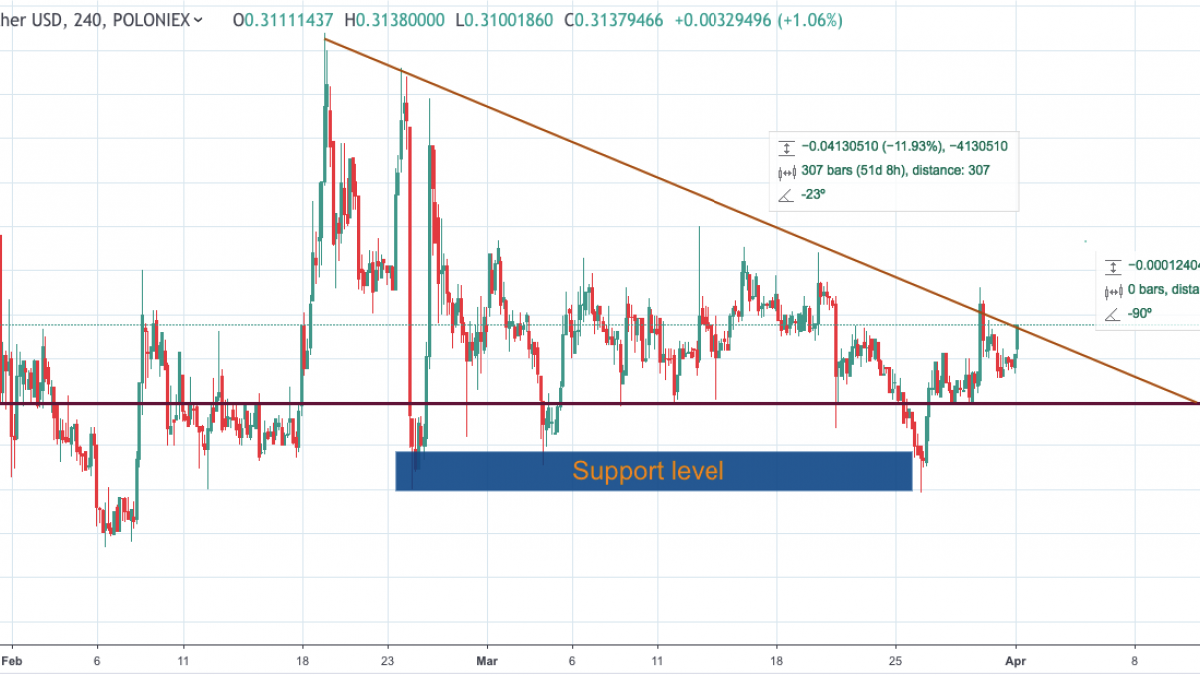 Unlike Bitcoin and Ethereum, Ripple could not form bullish candles on the chart. This indicates, firstly, a possible reduction and, secondly, a lack of correlation with the main digital currencies, due to the specific nature of XRP and the presence of problems with regulators and within the project.

During the recovery of other coins, XRP/USD was unable to establish a local maximum and continues to form a descending converging triangle (movement from February 24) with a base at $0.30 and a target in the case of penetration at $0.2500. 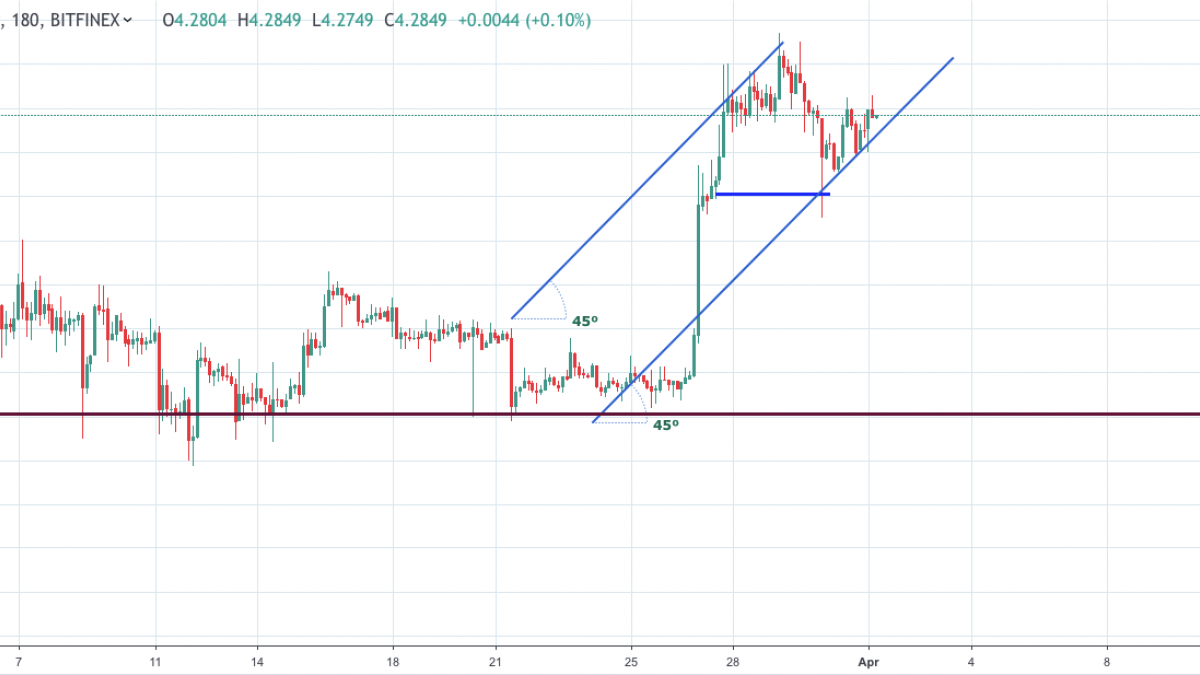 The EOS cryptocurrency rate rose above the psychological mark of $4.113. This is the most notable growth of the currency since March 4. What’s more, the support line of $4.11 has been broken and the coin is trading at the point of $4.19.

2 days ago, a hack of Bithumb exchange occurred, and the price of EOS underwent a certain correction, having lost 2.5% in relation to the USD. However, the asset quickly recovered and is already trading above the support level.

The price of EOS is trading at $4.19 at the time of the writing. 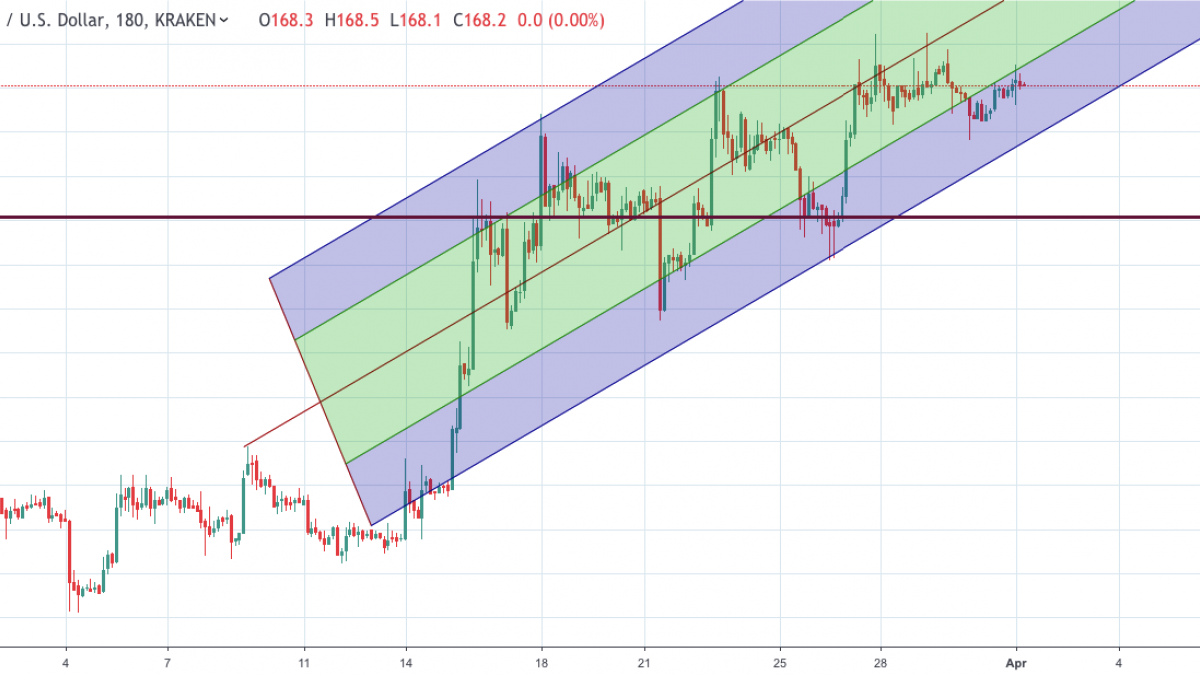 The price of Bitcoin Cash remains in a strong uptrend above $160.

A new monthly high of about $172 was formed, and recently the price has adjusted downwards.

The current price movement suggests that a larger range of activity is below the $170 and $172 resistances. On the other hand, immediate support is close to $162.5, representing the Fibonacci retracement level of 50% of the last wave from the minimum of $152 to a maximum of $172.