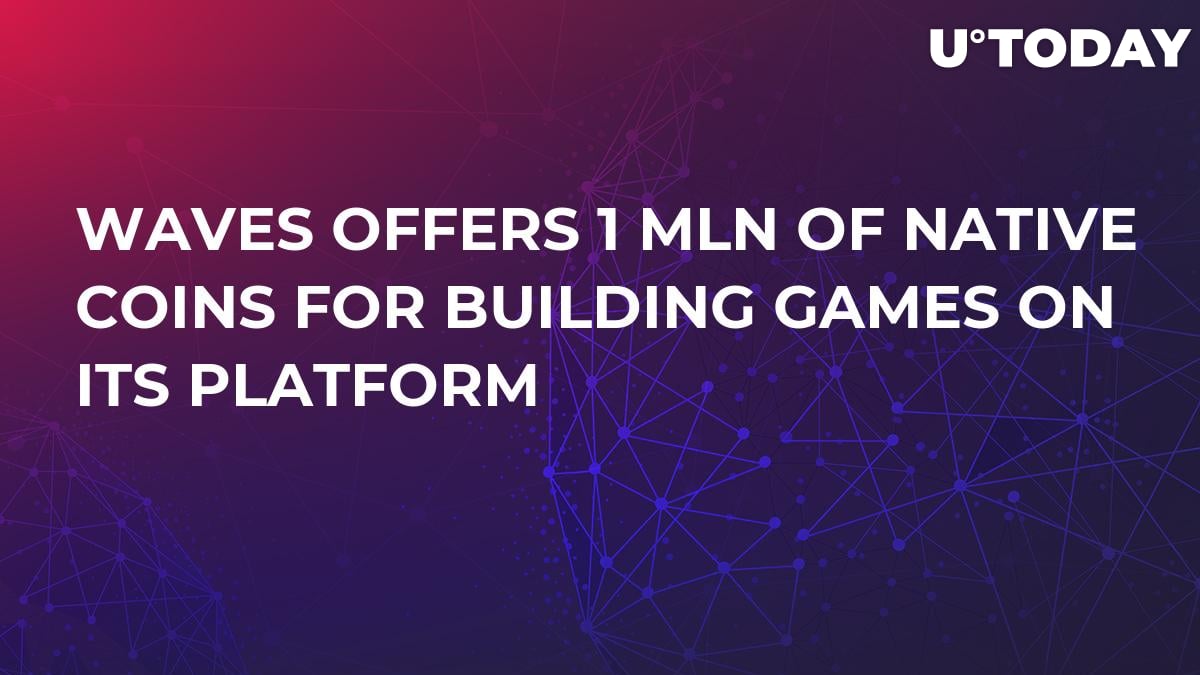 Earlier this week, Waves startup has set up a fund containing one mln WAVES (that is almost $2 mln) to stimulate game developing companies to create apps on this Blockchain.

The startup’s team particularly looks for developers who will create games that enable users to get some tokenized incentives. The Waves CEO Sasha Ivanov reckons that the technology of the open ledger (DLT) is perfect for game making and that DLT will become popular in this field. In particular, he intends to integrate his own platform in it.

The press release issued by the company states that Waves is particularly suitable for the gaming industry since the coins on this ledger are assets and no smart contracts are involved. Besides, software makers will be able to create their own markets based on the Waves’ dex (decentralized exchange).

At the end of last week, Waves presented the aforementioned initiative at the Crypto Games Conference in Minsk, Belarus. Back then, the Waves team conducted a competition, daring developers to make a simple game on the platform for a start. Three winners got prizes of 250, 500 and 750 WAVES respectively.

Experts believe that merging crypto coins and computer games could accelerate mass adoption of crypto if players can get coins for simply playing these games.

Earlier, U.Today reported that Waves had signed a contract with Russia’s large manufacturer Rostec to help the conglomerate manage its operational data.

WAVES is currently trading at $1.92 after a small decline.