Alex Dovbnya
Now, it seems like Craig Wright will live on the same island with his most avid proponent 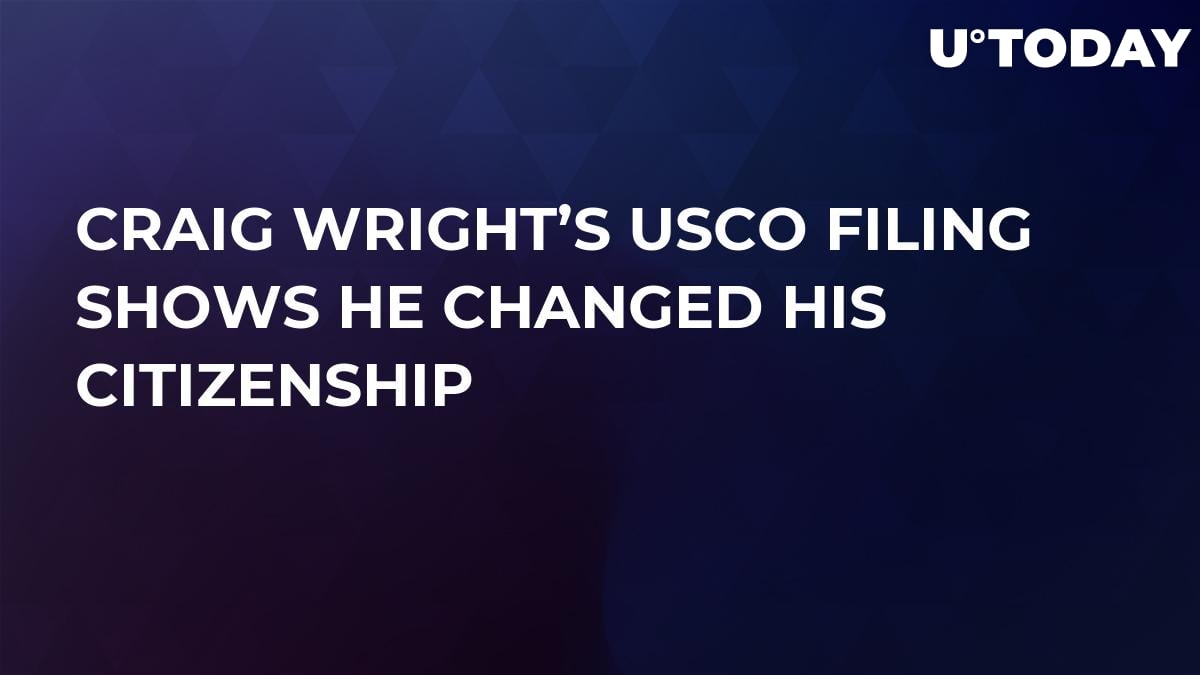 It seems like the famed Australian billionaire is no longer an Australian. The registrations, which were filed with the U.S. Copyright Office, show that Craig Steven Wright, the self-proclaimed Satoshi Nakamoto, is now a citizen of Antigua and Barbuda.

Antigua and Barbuda is a tiny country in the Caribbean region whose population barely exceeds 100,000 people. The Caribbean's twin island state attracts a lot of billionaires (from French aristocracy to Dubai royalty), giving San Francisco a run for its money. Now, the alleged Bitcoin creator has joined the mighty of this world.

It is not clear what made Wright change his nationality, but our guess is that he wants to be in close proximity to his good friend Calvin Ayre.

Ayre, the Canadian billionaire who is also known as the top Bitcoin SV proponent, was appointed an Economic Envoy who will be responsible for technological development in Antigua and Barbuda.

Back in February 2018, the gambling tycoon started building a luxurious resort on Antigua that was funded by profits that Ayre derived from investing in Bitcoin. That move was praised by the country’s officials since it held a lot of promise for their tourism sector. Antigua and Barbuda even went as far as honoring him with the official title of ‘his excellency.’