Yuri Molchan
Colorado authorities have directed another four startups to shut down their ICOs, thus the total number of prohibited ICO in this US state now equals 12 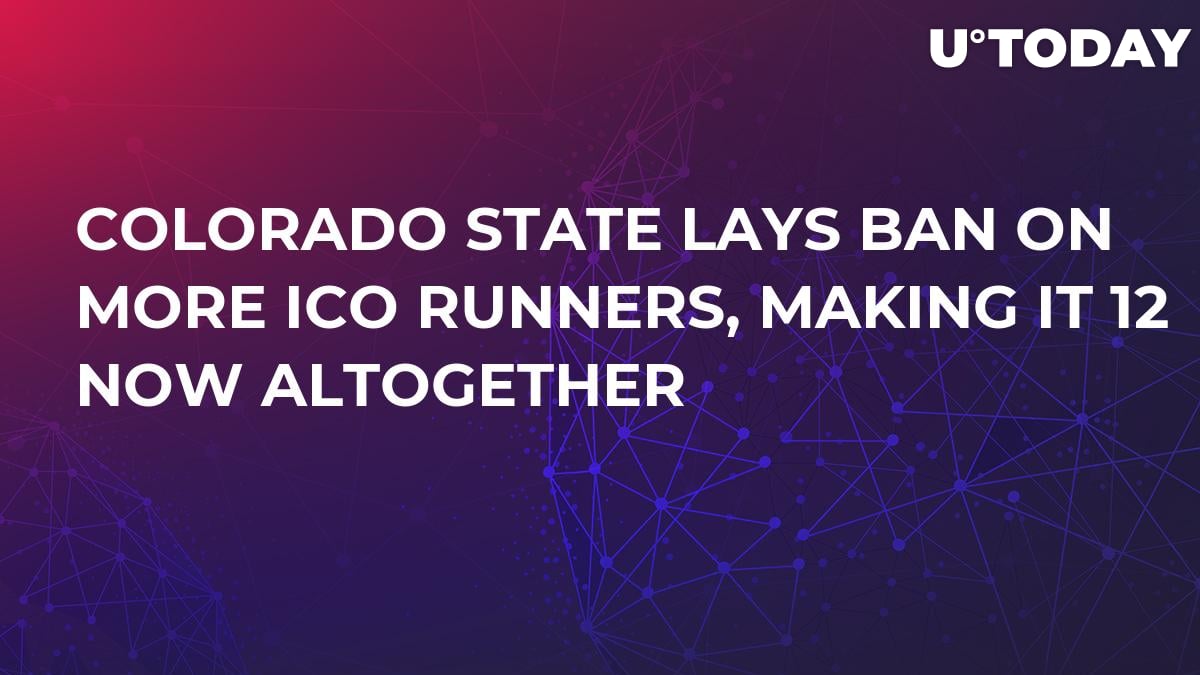 The ICO Task Force (DORA) in the State of Colorado began its work in May in order to investigate and spot potential crypto frauds and scams aimed at unprotected investors of the market. Throughout the year, the regulator has already banned eight such startups. Now, four more have been added.

More ICOs are shut down

As per DORA, Bitcoin Investments Ltd has promised potential customers returns on their investments to be paid out daily and used celebrities to promote their ICO.

Prisma insists that its customers buy its virtual coin PRIS in order to utilize the company’s loan platform. The latter claims it can give investors a profit of up to 27 percent.

Related
SEC Fined EtherDelta Founder. What Does This Mean For All ERC-20 Tokens Securities?

The next one is Clear Shop Vision. Since mid-summer, it has released three token offerings. The startup states that its ORC token has a great potential for growth. However, the company’s site requires investors to send ETH directly to the firm’s wallet in order to buy ORC.

The Pink Date company, as per the DORA agency, has promised its investors to deliver fifty percent of their profits in such coins as BTC, BCH, XMR, and ETH. However, the startup is not in a rush to do that, nor does it disclose the location of its office.

All the four dubious platforms are ordered to stop their operations right away, reports the Task Force. Currently, only the web pages of Prisma and Pink Date are open for viewing.

Investors should watch out

Financial regulators and even crypto leaders and experts all over the world warn investors to be careful in the ICO market that is beginning to work under regulations only now. It is by all means worth giving time to study the proposed investment projects widely, before acquiring assets they offer.