SEC Fined EtherDelta Founder. What Does This Mean For All ERC-20 Tokens Securities? 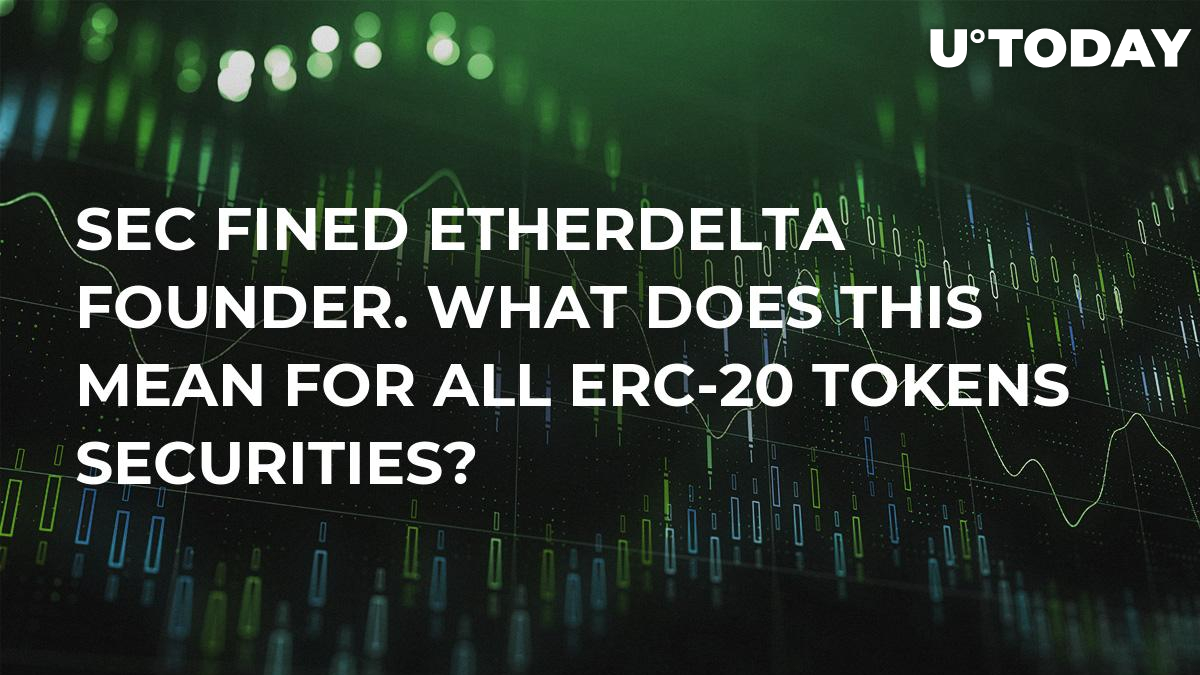 EtherDelta is a well-known Decentralized Exchange (DEX) and the trading platform for hundreds of ERC-20 tokens issued via ICOs. The US Securities and Exchange Commission (SEC) fined Zachary Coburn (founder of EtherDelta) $388,000 US Dollars for operating an unregistered securities exchange. As a result, the trading volume on the platform dropped substantially to just $250,000 per day (previously in the millions).

This SEC ruling raises the question of whether all Ethereum-based tokens are considered securities by the Commission. What about other crypto coins? How will this affect other decentralized exchanges? Will it somehow affect Ethereum’s price? It is most likely that ERC-20 tokens will be classified according to a set of rules: some will be securities, and some will be commodities. The fine against EtherDelta is due to a non-registered exchange. 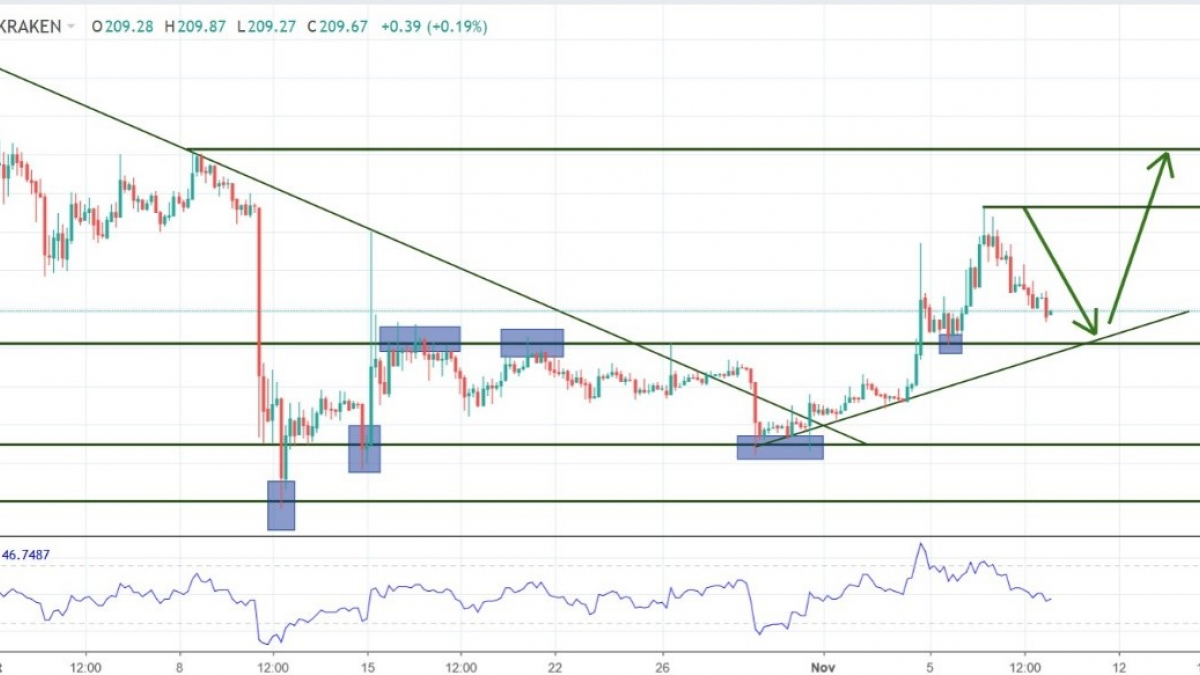 ETH/USD is still up 5.93% for the last 7 days, but it has been retracing lower after hitting the high at $223. The next logical destination is the confluence zone created by the bullish trend line seen on chart and the horizontal support at $205 but from there, we expect bullish price action to resume.

A break of the mentioned zone would create a lower low, would show increased bearish pressure, and would be a clear sign that further downside will follow. It must be noted that the 200 mark is in close vicinity, and this will act as a strong psychological support. In other words, the path of least resistance is North.

Most likely scenario: bounce at support and move through $223 (during several days probably)