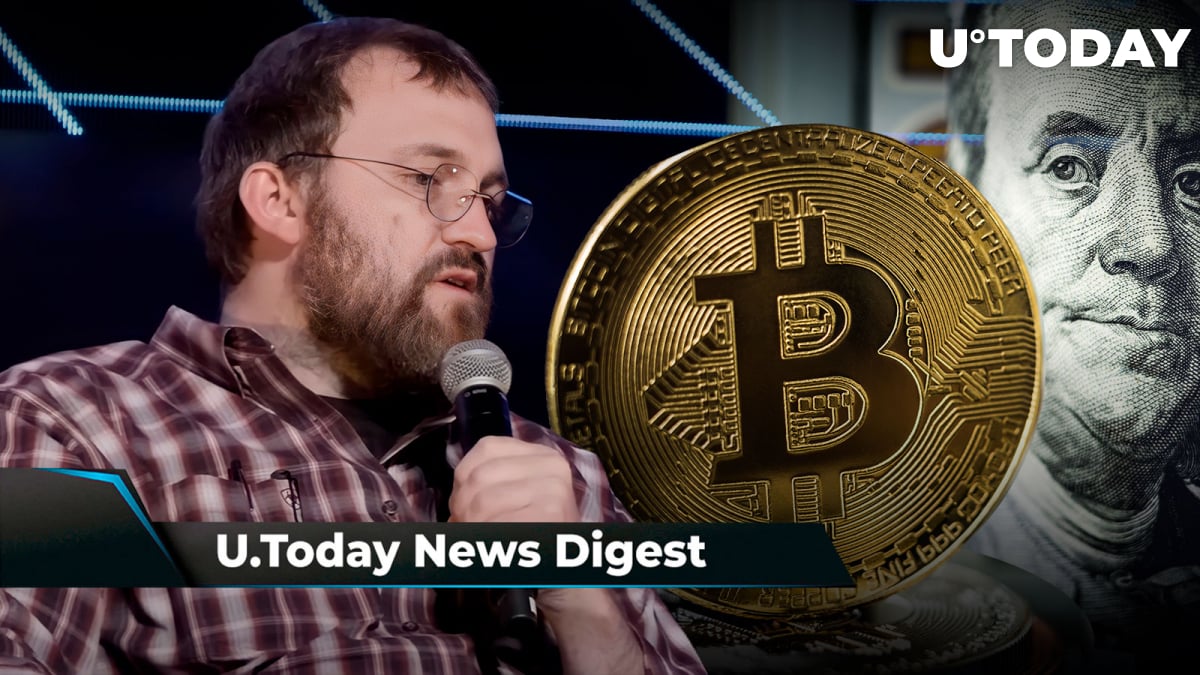 Cardano founder speaks out on cause of crypto market crash; ADA down 8%

Friday’s market tumble has not left anyone indifferent, including Cardano founder Charles Hoskinson. In his Saturday tweets, Hoskinson commented on “another brutal red day,” saying that Ron Paul’s forecast shared years ago is now coming true and that the Fed has two options: “kill the economy with high-interest rates or destroy the currency with inflation.” The Cardano creator added that the way out of this madness is cryptocurrencies, since “central banks can't be trusted with monetary policy.” The market crash is related to Fed Chair Jerome Powell's recent hawkish speech in Jackson Hole, in which he promised that the central bank would "use its tools forcefully" to combat inflation. ADA, along with other major cryptos, dropped 8% to trade at $0.447 after Powell’s remarks and remains on the same level.

It looks like Peter Brandt’s Shiba Inu bullish prediction has not played out. The second largest meme coin slipped to 14th place by market capitalization on CoinMarketCap after shedding almost 7% over the past week. It is now sitting below Polygon (MATIC) and Dai (DAI). SHIB is currently down 33% from its Aug. 14 peak. At the moment of publication, it is trading at $0.00001237, per CoinMarketCap. However, despite its non-inspiring price performance, Shiba Inu has managed to maintain an active community, with new members joining every day. As reported by U.Today, the meme token’s official Twitter account recently flipped Dogecoin by the number of followers.

To the great disappointment of all Bitcoin holders, the king crypto dropped to the $20,000 level. As unpleasant as it may be, the event, however, was no surprise, for three reasons. First is the speech of the Fed Chairman Jerome Powell, who stated that the U.S. central bank will remain hawkish for a while, which goes against previous expectations of financial markets. Second is the lack of institutional inflows on the market in the last two weeks. The situation will most likely change after the end of the rate hike cycles by the beginning of 2023. Third is a lack of events around the first cryptocurrency, which brings no growth factors. The only thing that might ‌bring fresh capital to the market is the Ethereum Merge update.

According to an Ethereum chart shared by CryptoQuant analyst Benjamin Cowen, the second biggest cryptocurrency is “heading home.” This means that Ethereum is moving to the curved accumulation range that ETH reached during every correction and then bounced off of successfully. Given the current market decline, Cowen anticipates a drop to the accumulation area around $500. Even though such a decline would be critical for Ethereum, the market has already seen Ethereum losing 90% of its value, so it is not unprecedented. The overall situation on the chart has not changed since the beginning of 2022, as the second biggest cryptocurrency on the market entered a prolonged downtrend after topping out at $4,850.