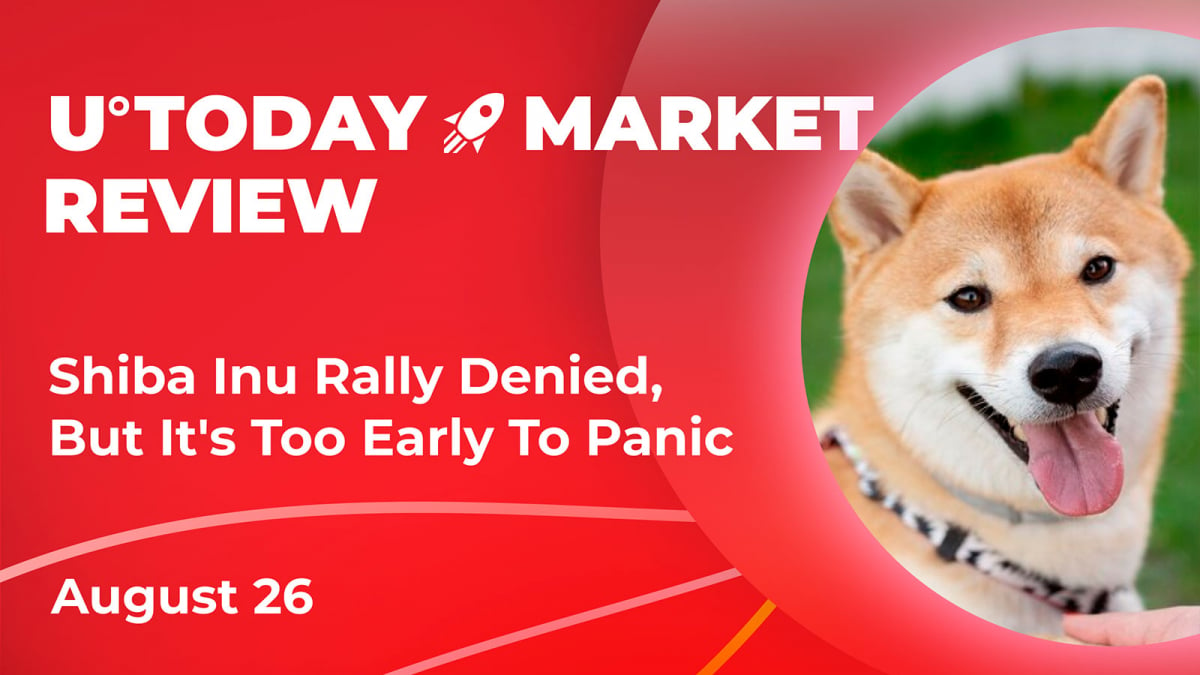 Memecoins Bitcoin, Ethereum, NFT and almost any kinds of digital assets are barely moving on the market as the stalemate continues, with most crypto investment tools losing investors almost every day. The same is applied to Shiba Inu, which failed to enter the accelerated rally, and XRP, which had an unlucky attempt to break through.

As we previously described, Shiba Inu will most likely make another attempt to enter the recovery rally, as the correction we saw previously was not as crucial as we might have expected. The token dropped back into the ascending price range and has been moving upwards since.

On Aug. 25, SHIB gained more than 14% to its value at some point, showing a recovery potential that everyone expected. Unfortunately, traders almost immediately pushed the price of the asset down as soon as SHIB reached the psychological threshold of $0.00001500.

Unfortunately, the token's value dropped even further, reaching the local support level ahead of the 50-day moving average. With contradictions between numerous technical indicators and the lack of on-chain Shiba Inu data, it is not clear how the price may act in the foreseeable future, especially with the lack of movement on bigger assets like Ethereum and Bitcoin.

At 8:00 a.m. UTC, XRP's price suddenly spiked up by almost 5%. A few hours later it dropped back to the usual price range, which has not been expected by the market in any way. There were also no fundamental or technical reasons that would cause such a rapid and sudden price spike.

The only unusual thing we saw on the network was the number of large transfers that went through a number of wallets in a matter of hours. The large transactional volume could have been a reflection of the large buying volume that appeared on the market previously.

For now, XRP has returned to the same trading range it was in prior to the volatility spike and trading around $0.35 with a modest 1.7% price increase in the last 24 hours. In the midterm perspective, the asset remains in a local uptrend with the trading volume continuously moving down since the middle of July.

As we mentioned in our recent article, Ethereum might now start moving toward its next target, which could be $1,500, the maximum pain price of August 26th options. Unfortunately, the price level does not correlate with any kind of technical support, meaning the drop toward it will most likely cause a continuation of the downtrend.

Besides, the distribution of open interest on options suggests that investors are not betting on $2,000 yet. The majority of investors are seeing a further drop of the asset as the Merge update is not enough to keep the second biggest cryptocurrency's value afloat.