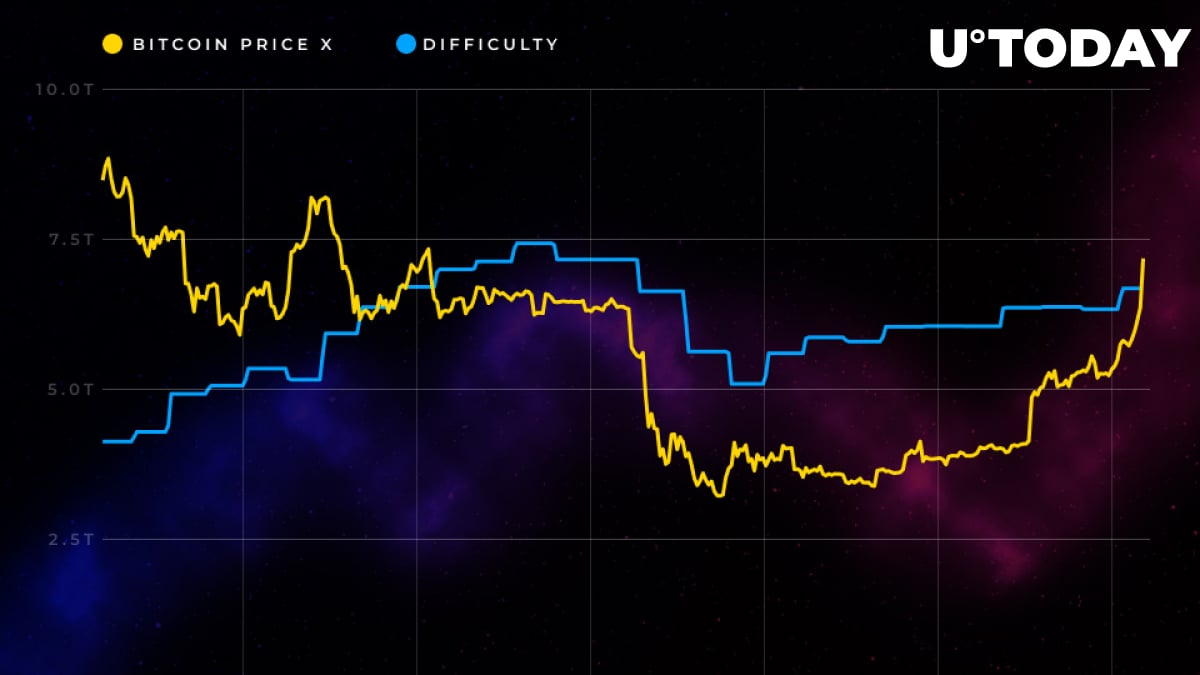 Recent DataLight research shows that the Bitcoin price directly reflects the coin’s mining default. In May 2019, both of these metrics reached their highest levels in nine months as the mining industry is rising from the ashes.

After the mining industry felt the wrath of the bear market, many miners had to choice but to shut down their machines and leave the market. Subsequently, when Bitcoin reached its bottom in December, its mining difficulty started to drop substantially.

#Bitcoin just had its second largest drop in mining difficulty in history: -15.1%. This is the current ranking:

The interest in cryptocurrency market rekindled after the Bitcoin price started surging on Apr. 2. As of Apr. 18, the Bitcoin mining operation breakeven for efficient mining was standing at $3,550 while the price was above the $5,200 level. Hence, mining operations in China that can take advantage of low electricity costs can generate up to $2,000 in net profits.

As reported by U.Today, China is mulling over imposing a ban on its mining sector while representing approximately 2/3 of the global industry. That will inevitably tank of the network’s hash rate, thus making mining more profitable for an average Joe.